Providing Entrepreneurs with Innovative Solutions, Tools, and Trainings to Brand YOU and Take YOUR Business To the Next Level Since 2008
Menu
RISK FREE TRIAL
Home » MLSP News » MLSP Reviews & Results » APRIL MEMBER OF THE MONTH: Dawn Anderson 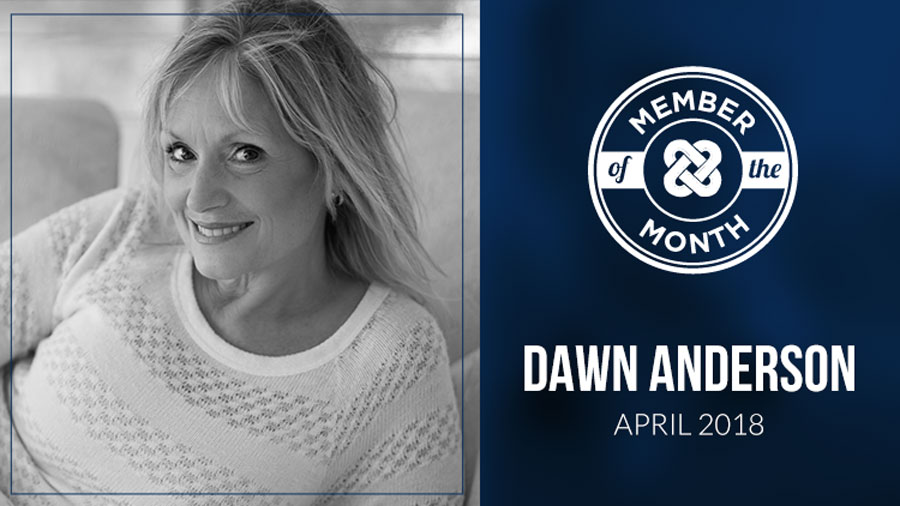 THANKFUL AND GRATEFUL are the first two words that have to say.  Honestly, I really had no idea what “Member of the Month” really even was, and I got an email saying it was ME!  By the excitement everyone on the Dream Team showed I knew it must be a big deal!  As I have read the many months of stories of those that have preceded me in this award I am truly honored and now know it is a BIG DEAL!!!!

For the last nine years I have been with the same incredible network marketing company.  As the company has grown and gotten better….most importantly…..so have I.  You see 9 years ago I was a successful entrepreneur who had started several ventures and made things happen.  At the time I owned a dance business and also as a mother of 8, yes, I said EIGHT CHILDREN, I wasn't exactly sitting around.  I saw the idea and knew it would work and jumped in to get a little more travel time with my family.  In my past I had some small doses of personal development, however, no applied skill.  Meaning, when it came to being able to play ball in the network marketing arena, I wasn't even in the parking lot let alone on the field!  So, I went to work.  Out of the gate I had some success, more than most from what I now understand.  After some time (maybe a year…honestly, I don't remember it was so long ago) I hit the first level of residual income.  And that is where I stayed for many years…..until I grew.

That growth was reading, listening, having a counselor, having a business coach, trainings and more training….and doing the work on ME!

Through that growth there have been many changes.  One of them…I became a single mother of eight.  As I grew I realized that you either have to “change the people you're with OR change the people you're with”.  And that we train people how to treat us.  That process was not easy and it was not fast.  I have had to keep learning, stretching, and growing.  Being coachable and teachable has been two of the most important qualities I have maintained.  Others have come and gone….ego's have taken many people down (no room for those… so leave them at the door) and I PERSIST….and I SUCCEED.   But it is all about TEAM.  And you cannot build a team if you won't be part of a team.  Learning that everyone has something they can teach me, as they have had experiences I have never had.

Fast forward to about 3 years ago I moved from the state of Minnesota to the beach in North Carolina to exchange shoveling snow for shoveling sand.  One of the reasons that happened is because I was taught to know what my future was going to look like so my subconscious mind would help make it happen.  I saw myself stepping into the sand every day until I finally did.  But that was only the beginning…there was still a lot of cement that had been holding me down that needed to be removed, so I dug even deeper within myself to come to a place of understanding where only I could decide if I would dig a grave out of my rut or if I was ready to do the work and  climb a mountain to see the view from the top and no longer cheat myself out of anything.

I learned more, applied more skills, learned how to help more people and most importantly became a BETTER LISTENER! It was not about making a sale but about adding more value to those around me.  I helped others get what they wanted and I hit the next rank after 5 months of applying a daily operating plan and then 4 months later hit the next rank.  I had to become the person people would trust and follow, so I did.  The traditional methods of NWM were not something we employed and that attributed greatly to our success.  We were all about adding value to people and helping them go for their goals.

Now after a year of continuing to grow into another level of leadership I met another man from another team in my company Jim Dougherty.  He shared with me about a boot camp for attraction marketing, I knew it was exactly what I was looking for.  So, I chose 30 people who I thought would commit to doing the work for a week and they all said yes.  Then half of those committed to the ten day challenge with Mikael and Miranda Masters van Gogh.  Mikael and I did zoom after zoom with each of them and helped them understand the power behind being able to reach more people and add value to their lives using the MLSP platform and having the Dream Team of people helping and encouraging you along the way.  A month ago today was when I invited those first 30 people and most of the 15 that went forward said a resounding YES to helping add value to more people around the world using MLSP!

Now I am here to learn, grow and share with many others how they too can help more people, have success….and most importantly….DESIGN A LIFE THEY LOVE!

Thank you MLSP…..WE are just getting started!