Providing Entrepreneurs with Innovative Solutions, Tools, and Trainings to Brand YOU and Take YOUR Business To the Next Level Since 2008
Menu
RISK FREE TRIAL
Home » MLSP News » Lena Bjorna National TV and Online Star 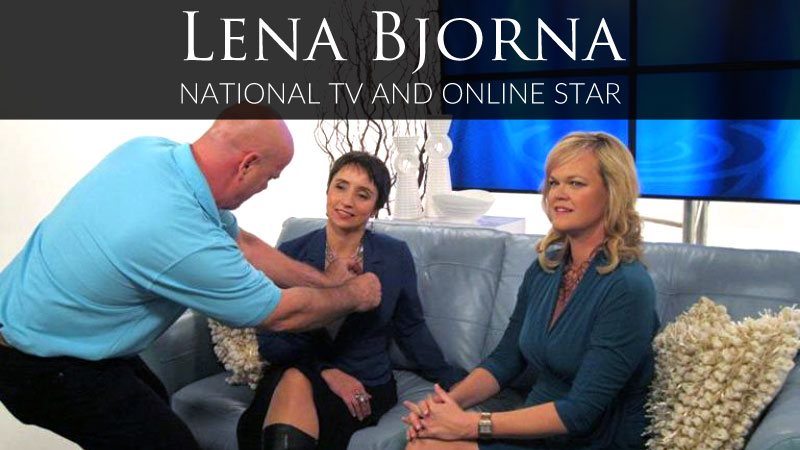 Above is an excerpt from Lena Bjorna's recent interview on “The Ripple Effect”, an ABC Television program that focuses on uplifting topics such as personal growth, health and entrepreneurship. Lena was an Expert Guest on the show, and as you will see when you watch the interview, she talked about how to build a successful home business online by following your passion and honing your skill sets.

The amazing thing is that only a few years ago Lena was a struggling distributor who had no idea how to go about marketing her MLM. She was spending more than she was earning (a lot more), and was deep in debt as a result. Although disillusioned and scared, and even though the naysayers in her life would have her think otherwise, she never stopped believing she could build a profitable home business if she could only crack the code on how to generate leads and turn those leads into profits.

Enter MLSP… This was back in 2008 at MLSP's inception. Lena was actually in the very first batch of MLSP members, and she knew founders Norbert, Todd and Brian from a previous company. The skill sets that Lena would learn in MLSP is what quickly took her to top producer status with her primary company (#1 female income earner), with a downline across five continents. Her skill sets (and an added dose of raw determination) is also what landed her the interview on national TV recently.

“Over the course of my years in the industry, if there's one thing I've gotten confirmed again and again, it's that investing in yourself and your own education is the safest investment you can ever make. Companies come and go. Product lines come and go. Uplines and downlines and sidelines come and go. But your skill sets…those no one can take away from you. And this is also why you can never go wrong when you invest in yourself this way.”

Today, as part of the leadership with MLSP, Lena has this to say: “What I've learned in MLSP changed my life. I know it can do the same for you. You need not look elsewhere. MLSP Mastery has everything you need to succeed: Pre-made, highly converting sales funnels, 100% pure profit products, extremely generous referral commissions, support and training that's second to none, and the list goes on. If you take action with what's placed in front of you, it's impossible for you NOT to achieve amazing success with MLSP Mastery. Invest in yourself and your future by upgrading today, and lead from the front because that's what Leaders do.”

How Lena Bjorna Made This Happen

It was only a couple of months ago that I sat in the audience at a conference in Irvine, California, and listened to a presentation with former news anchor, award winning TV reporter and creator of “Instant Celebrity Academy”, Kristen White…

The topic of Kristen's talk was how to use the media to get your message across. She has even coined a term, “the enlightened celebrity”, a term that describes someone who has a message of transformation and inspiration and who leverages the news media to reach more people and make a greater impact.

I don't know if you've ever had one of those moments where you just know, know with every fiber of your being, that you're in the right place at the right time. That “this is meant to be”.

Well, that's exactly how I felt sitting there in the audience on that sunny October morning listening to Kristen White share about her passion. Her passion to make a positive difference in people's lives, and how, specifically, she plans to do this through a brand new national television show that she has been asked to host, called “The Ripple Effect.”

When she announced that she was looking for Expert Guests to be interviewed on the show in various areas of expertise, I knew it had my name written all over it. That's also what I said to Kristen later (lol) when she interviewed me over the phone. (An interview I worked my tail off to get, by the way, trying to get past her gate keepers.)

Long story short, a month later I was off to St. Louis to film my segment for “The Ripple Effect” in a local TV studio. I was interviewed by Kristen on the topic of how to build a successful home business online using video, blogging and social media. 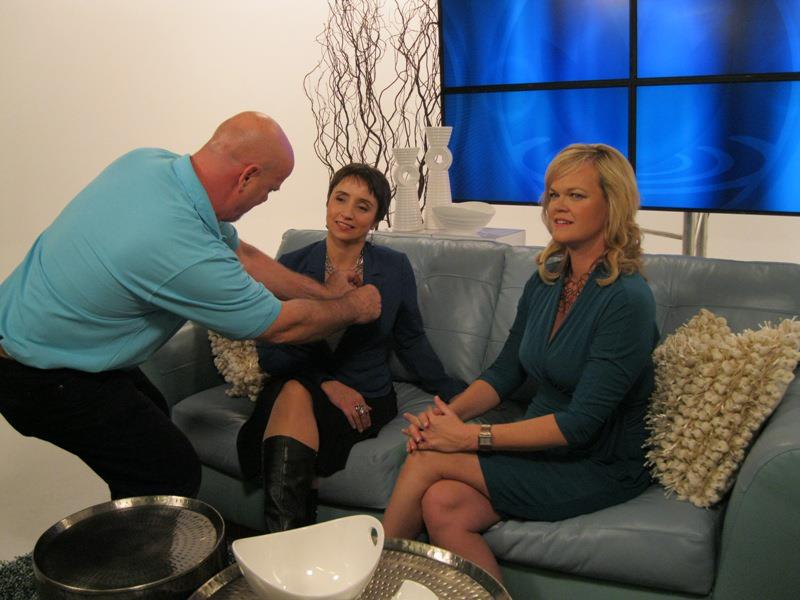 Everything went smoothly; in fact I had a blast. As a former actress who used to be on camera all the time, you could in a way say I'd come full circle. This time, though, it was in a different kind of role – one where my job wasn't as much to entertain as it was to inspire and educate.

So what can YOU learn from all this?

First off, the lesson I want you to take away from my story is that amazing things can and will happen in your business and your life – if you take massive and consistent action. Because they won't happen by you just sitting there waiting for your ship to come in; you have to swim out to meet your ship halfway!

That's how I got this opportunity.

Second, it's absolutely critical that you keep honing your skill sets. You've got to have something to offer the market place. In my case, there’s no way I could have pursued this opportunity with such confidence had I not had something of value to bring to the table!

Thankfully, for you and me both, we have access to all the tools and training we could possibly need herewith MLSP. In fact, I can't think of a better place to learn professional marketing than right here!