Providing Entrepreneurs with Innovative Solutions, Tools, and Trainings to Brand YOU and Take YOUR Business To the Next Level Since 2008
Menu
RISK FREE TRIAL
Home » MLSP News » MLSP Reviews & Results » MLSP APRIL MEMBER OF THE MONTH: Terence Williams 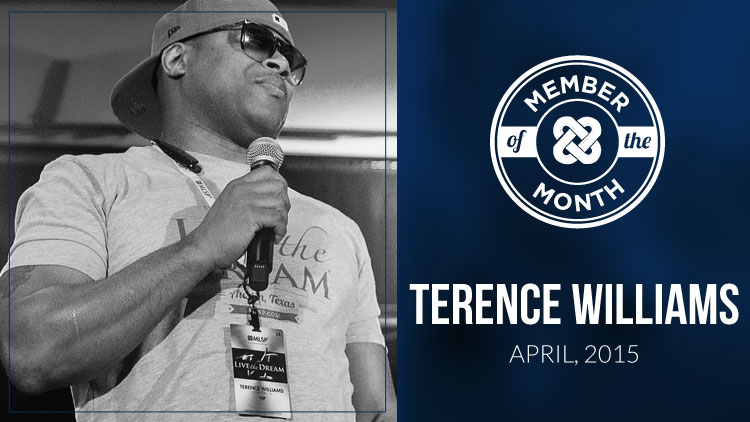 Wow, Member of the Month… Can you believe this? I never would have thought within 10 months time that I would be see this but here it is in only 10 weeks. I am truly humbled and grateful to the entire MLSP Family and Staff.

Hey everyone, my name is Terence ‘Teary Eyezs' Williams and I've been in the downs and ups of Internet Marketing for 7 years now. Currently residing in Houston, Texas and born and raised in Rochester, New York. Over The Road Commercial Truck Driver turning Marketing Rockstar thanks to the help of My Lead System Pro.

Thing weren't always on the upside though. It took a lot of persistence and passion to get me thru the downs to where I stand today. Back in 2008 I became a Certified Computer Technician and started running my own Computer Business in Atlanta, Georgia. After making just over $20,000 in my first year while still working a full time job I decided I wanted more of this entrepreneur experience.

But having so many bills and debt on top of a failing economy during that time I just could not get the funds I was looking to make to do the things I really wanted to do. Back then, Atlanta was hit hard economic wise and the Company I worked for up and went out of business. Although I had a good 2 months notice ahead of time it didn't really do any good since people were losing jobs on my left and my right.

That's when I made the decision to move to Texas. I've always seen Texas as a thriving state no matter what the condition of the rest of the Country was in. I didn't know how I would like it or what to expect being a city boy and all but I knew it's where I needed to be.

So I packed up and left that late Summer of 2009 and headed to Dallas, Texas to start all over again. My plans were to be a Truck Driver since I like to drive and I love to travel. This was about the time I decided I wanted to be in Internet Marketing full time as well.

This was also the very same year I first came across MLSP back in the Spring. But I still wasn't focused just yet and quickly lost ties with it. I was still trying to become a Truck Driver first. My goal was then to travel the Country and when I had learned enough and earned enough I'd become a Internet Marketer. I didn't stay in Dallas very long, about 3-4 short months before moving on to Houston. I started getting a taste of the snow in Dallas and figured I'd need to move further South. You see I'm from Upstate New York and I've seen my share of snow to last me a lifetime and for now I really just wanted some nice weather most of the year round. By moving to Houston I was able to connect with a buddy of mines that was already into driving trucks locally.

I was looking for the big bucks, so I found a good company in 2010, did some training, got my license and hit the road. While traveling the Country and delivering frozen goods from state to state I would always find time after my shift to park my truck, shower, eat and learn some marketing. I poured a lot of money into various trainings, softwares and all sorts of things if it promised to teach me what I wanted to know. I found some good, some bad and some just down right ugly but made the best of it all. They say experience is a good teacher and I must say I do agree. All of those years of learning and really not making very much money were starting to look like a lost. I manage to find a few decent programs in those years and used whatever information I could grow on while moving along my journey. I started to notice the more I learned and implemented the more I saw my income
increase. 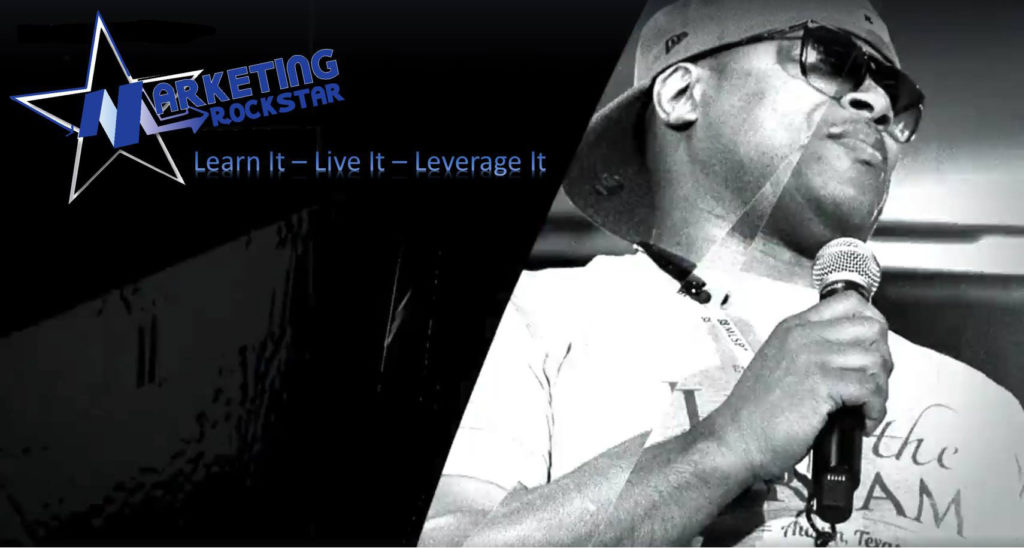 My big glimpse of freedom started to come in 2012 when I was out on the road for 7 long months without coming home. I made that choice because I wanted badly to earn enough money to take care of home while having all the extra I needed to learn what I wanted to to learn to fulfil and live my dream. However I noticed the more I drove, the more time I spent, the bigger my expenses became. Being a Independent Contractor and leasing my own Rig felt like a good business to be in but the expenses it took to run the business were equally taking it's toll.

During that time I went all in learning what I could until I started to see my income topping $3,000 a month. I credit a lot of that success to simply following the leaders that were already doing what I wanted to do. So I figured that was enough to take a break from driving, stay home for about a month and learn as much as I could during this break so that I would not have to go back over the road. Needless to say my 1 month break turned into 3 months and 3 months turned into 6 months and 6 months quickly turned into I haven't driven a truck since. I was seeing good income but yet I still never felt complete. So I kept learning, kept searching and growing up until this year that I came across MLSP once again in 2015. This was it, this is what I lost back in 2009!

I quickly came on board and was like a kid in a candy store. What a wealth of information and leadership. I quickly started applying everything I was learning inside of MLSP and applying it within my current MLM.

I have been getting such a wealth of information that I know this is still just the beginning of becoming a Major Master Marketer within the Industry which is my dream! It's also my dream to help as many struggling Entrepreneurs as I can become six figure earners within their primary company using the tools and resources that only MLSP provides. On March 3rd, 2015 I became L1. On March 23rd just 20 days later I became L2 and another 14 days later on April 7th I became L3. I'm still amazed at the tremendous growth and not to mention the thousands I've made already in such a short time that the best is yet to come. I've finally found the rock of my Marketing future and I'm about to ride this baby like only a rockstar would!

I encourage anyone reading this to stick with this community because there is nothing like it anywhere in the World Wide Web. Trust me I've been searching for years. Everything you dream of Starts Here. So Start living it… Blessing my friends! 🙂

Previous Post
Simple 5 Minute Daily Routine Can Double Your Productivity and Results Overnight
Next Post
Do You Have A Cinderella Complex?