Providing Entrepreneurs with Innovative Solutions, Tools, and Trainings to Brand YOU and Take YOUR Business To the Next Level Since 2008
Menu
RISK FREE TRIAL
Home » MLSP News » MLSP Reviews & Results » MLSP AUGUST MEMBERS OF THE MONTH: Matt & April Findley 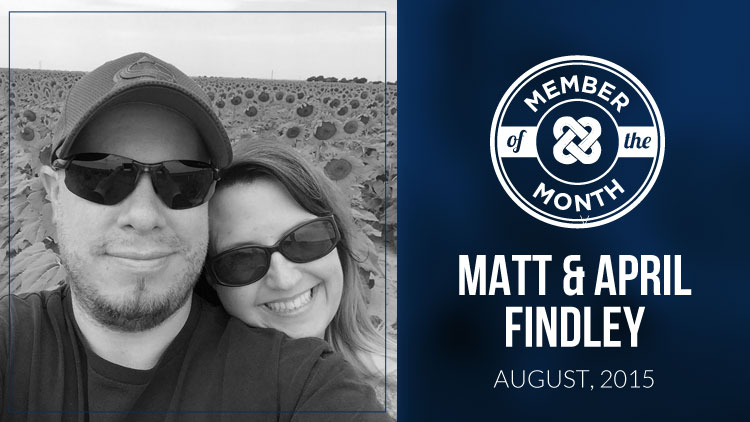 Hey Everyone, what’s up?? We’re Matt & April Findley and we are so thrilled to be your MLSP August Members of the Month.

Before we get into our story, we’d like to give a big huge THANK-YOU to everyone in this community; from the Rockstar MLSP staff & co-founders, to all the leaders who have made their mark before us and who continue to pour into this community, day in & day out.

And to all the members who have walked with us this past year and are like family to us now, and to the brand new members who are just discovering the GIFT that is MLSP. We are so grateful for each and every one of you and excited we have the opportunity to give back to you!

Matt & I met in the Spring of 2006 and married 5 months later. At the time, Matt was working as a furniture installer. He had become a dad right out of High School and had done what he had to in order to provide for his kids.

Meanwhile, I’d landed myself a good job in Information Technologies several years before we met. I’d say it was a “fluke” or a stroke of luck, but I realize now that the opportunity came to me, without a college education or any formal training, because I’d DECIDED to find a way to break into the industry and I took action when the opportunity came.

Early on in our marriage, I could tell Matt was unfulfilled by his occupation. He spent long days loading and unloading heavy furniture, driving a truck and assembling cubicles. He came home exhausted every day and I saw the physical strain his work had on him, even though he wasn’t even 30 yet!

I remember telling Matt that he had an opportunity to do something else – that he didn’t have to do furniture anymore to take care of his kids because we were doing life together! So I asked him, “What do you want to do?” He answered, “I want to figure out a way to make money on the Internet.” BOOM

We found a biz-op with a marketing system in early 2009, but could not connect the dots to get results. The mistakes were costly.

We experienced a huge strain on our marriage, we lost money in a refinance scam, our home went into foreclosure and we filed for bankruptcy.

I remember the afternoon I got the call from my HR manager informing me my car was being towed from the parking lot… That was about the time we learned we were expecting our 4th child.

To say things looked dark is an understatement. So you can IMAGINE my reaction when Matt came to me in Fall 2010 and wanted to join another marketing system, My Lead System Pro, to be exact. After trying to get momentum for a few months, I told him we needed to park our account. I just could not see the potential that he could and all I could focus on was the money (or lack of it). That was early 2011.

Over the next 2 years, I began investing in my spiritual growth, committing to being in the Word every day. I had to find a way to support Matt because he couldn’t give up on his dream to “figure this Marketing thing out!” 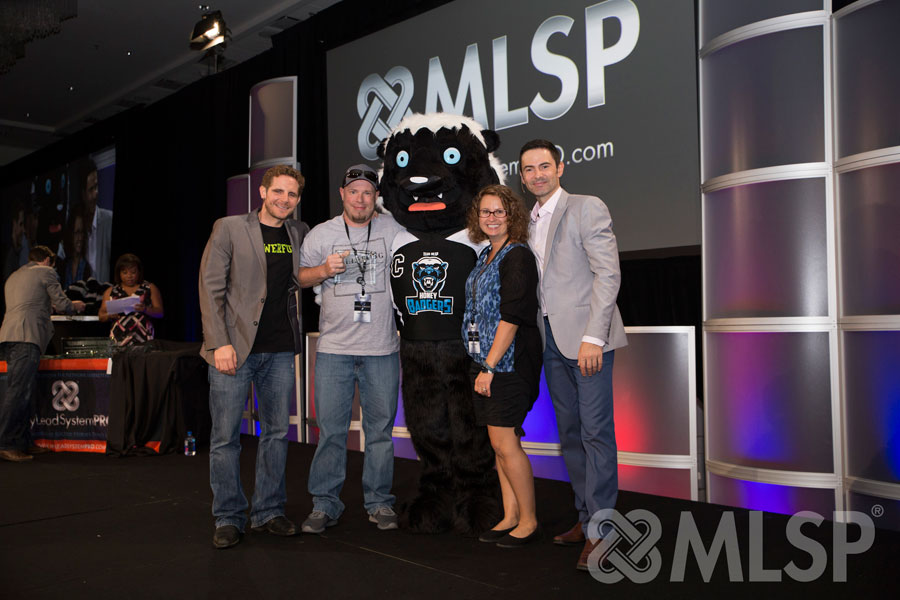 Matt will tell you that he struggled HARD during that time, for he was still plugging into this community, listening to wake up calls, being on webinars, and SEEING this system was the vehicle HE needed to succeed, but knowing I was unconvinced & unsupportive still.

Over the course of that time (from 2012 to 2014), I finally realized that the MLSP community had made a powerful mark on Matt’s life, and that if he didn’t get the opportunity to really fully work it, he would always have the regret that something life-changing had slipped through his fingers.

And that’s when I realized that if Matt was going to be successful, he needed my FULL support. (Not only that, but this guy could not shoot a video to save his life, so I had to step up!) LOL

So we took the MLSP account out of parked mode after 3 years and started working on videos together. Matt would write a blog post and I would shoot a video, basically reading his post.

Then one evening last August, Matt says to me, “I really think you should start listening to the Wake Up calls.” (He knew I needed some MINDSET training!) He said, “There’s a gal named April who’s a leader in MLSP and I think you’d dig listening to her.”

He was right, and it wasn’t only April Tucker I resonated with; it was Patricia Sweeney, Mark Harbert, Frank Marino, and dozens of other leaders that spoke to me. I remember waking up a couple weeks later realizing, “I believe these folks really want to help us succeed. I’m starting to believe and I want to be a part of this thing!!”

Matt plugged me into the Instagram training and we committed to marketing for 90-days, no excuses. In December, we added Twitter to our Lead-gen strategy and have not stopped since.

We have a lot of growth to do still but we WELCOME the struggle, because it’s an opportunity to strengthen our Faith.

We give Jesus all the glory for our results, because He’s the one who’s given us the strength to get to where we are today. And it’s Christ’s example on the Cross that shows us the heart of true Servant Leaders, like the ones created here in MLSP.

So to put a bow on this thing, we want to tell you that you are in the Right Place, at the Right Time, with Right system. Decide today to push forward no matter what because you’ve got a whole community here to support you and pour into you. You’re home now, and this is family. ☺ Now let’s get to work and help a ton of people in August!!

Previous Post
3 Strategies To Achieve Success
Next Post
[Success Story Friday] “Put Your Head Down and Go To Work… the Results Will Come!”