Providing Entrepreneurs with Innovative Solutions, Tools, and Trainings to Brand YOU and Take YOUR Business To the Next Level Since 2008
Menu
RISK FREE TRIAL
Home » MLSP News » MLSP Reviews & Results » MLSP MARCH MEMBER OF THE MONTH: Marc Lalonde 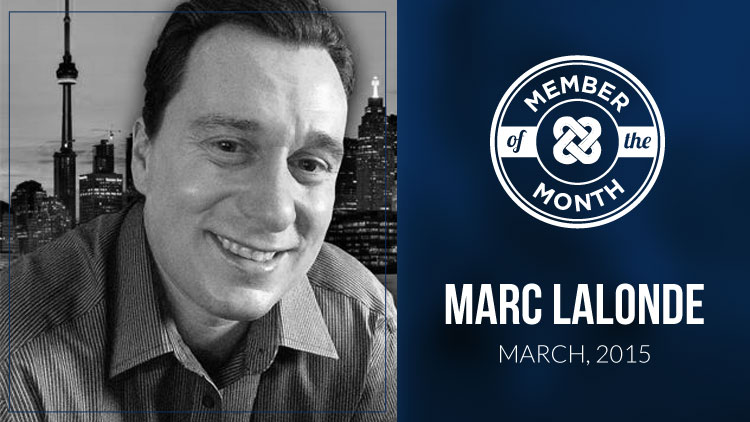 Here’s a glimpse of “my story”, without going into details…

I did NOT grow up in a Rich Family.

I did NOT graduate from College or University.

I had 21 jobs by the time I was 25, and I was starting to think my future wasn’t looking so good.

Now, just to give you an idea of my lack of direction as far as my EDUCATION went…

I never graduated from anything after high school.

Now, just to give you an idea of my lack of direction as far as my CAREER PATH went…

Without listing off all of my 21 jobs, I’ll list off a few of the “INDUSTRIES” that I worked in.

Now, what I’m about to share with you had a Profound Impact on my life.

Some people would refer to these types of Life Events as Defining Moments.

I’m in my early twenties.

I leave home because of differences with my father.

I’m not going to go into details, but it was NOT a pretty picture.

After not speaking to him for a couple of years, I decided to call him up and work things out.

We spoke on the phone and we were very excited to put the past behind us.

We decided to get together to catch up.

This was like a huge weight being lifted off my shoulders.

I love my father, and this is just what I needed at this point in my life.

The week before we were supposed to meet for dinner, I got a call at work informing me that my father had SUDDENLY and UNEXPECTEDLY passed away.

I lost my father to a MASSIVE Heart Attack when I was 25.

Just after my father passed, I decided to start a career in the Computer Industry… mostly because that’s what I enjoyed doing (I know, I ‘m a geek), and the income for Computer Consultants is “up there”.

Many would argue that it is impossible to become a Computer Consultant without any formal education.

Well, I had a goal and nothing was going to stand in my way.

All of a sudden, the Shy & Modest Little Boy had instantly turned into a pretty Unstoppable, Confident Man.

I rolled up my sleeves and started making calls and knocking on doors. I somehow found the strength to believe in myself so strongly that failure was not an option.

Within 6 months, I WAS a Computer Consultant making 100 thousand dollars per year, with job offers coming in, non-stop.

Now the money was incredible, yes… but there was a catch…

Day after day, Month after Month, Year after Year, my Career as a Computer Consultant was not only burning me out mentally, but it was also physically destroying me.

For the first 5 years, I was able to cope.

For the next 5, the stresses were catching up to me.

After 15 years in the field, I started experiencing Mental Breakdowns and Physical Meltdowns.

I looked older than I was, had huge bags under my eyes, was always tired and had gained over 50 pounds of body fat.

I was at a breaking point and had to think of something fast.

I started many Small Businesses part-time, but with no “Real Success”.

Making money is one thing, but when I say “Real Success”, I mean something that includes “Time Freedom”.

I was already making money as a Computer Consultant; I needed “Time Freedom” to live life on my terms. 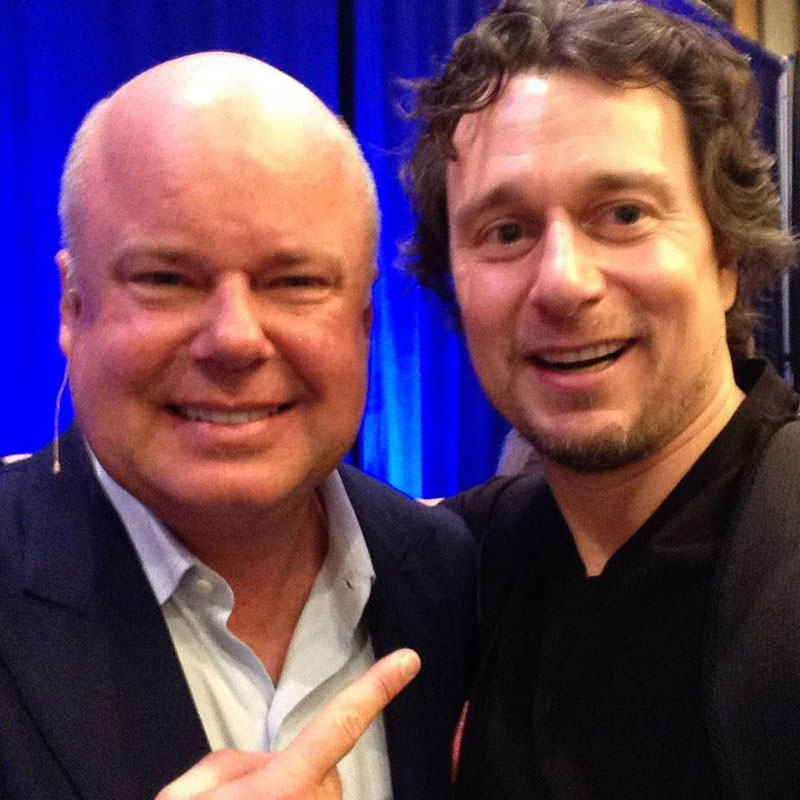 “Time Freedom” would allow me to:

“Time Freedom” would also allow me to:

So “Time Freedom” plays a huge role in my definition of “Real Success”.

In my pursuit of “Real Success”, I would learn many valuable lessons.

These lessons were actually disguised as business failures.

I’ve learned more from my failures than from my successes… that’s for sure.

I felt like every time that I would fail in a new Business Venture, I was getting Closer and Closer to that Ultimate Freedom.

The day I “discovered” Network Marketing, was another Defining Moment for me.

You see, I always knew “OF” Network Marketing, but never wanted anything to do with it.

I was so skeptical, that I used to refer to Network Marketing as a Pyramid Scheme.

Here’s what changed my outlook on the industry…

In October of 2012, while searching for my next “Business Venture”, something in my GUT was telling me to do a little research on the Network Marketing Industry, so that’s what I did.

I was BLOWN AWAY by its Mechanics and it’s Potential… especially when you look at the “Residual Income” and “Leverage” wealth concepts.

It suddenly made complete sense to me, and I couldn’t believe that I’ve never even attempted to use this business model before.

If they can all do this, why couldn’t I?

I joined my first Network Marketing Company that same month.

Within Six Months of being involved, I was able to leave the corporate world of computers to follow my new career path.

This was HUGE for me.

My new career path (and passion) is “Mobile Personal Training”, which is not important really.

The important thing to note here is that Network Marketing allowed me to follow my true passion without having to worry about being broke.

Life was pretty darn good until…

(Here’s where MLSP comes in!)

I’m not sure if you’ve ever heard that “new blood is the life blood of any Network Marketing business”?

You need to keep bringing in “new blood” in order to build something epic in Network Marketing.

I had built up a very good 5-figure per month residual income, but growth and momentum were slowing down.

Every time that this would happen, I would roll up my sleeves and start making calls again (warm market AND cold market).

I knew that there had to be a better way, so what did I do?

I OBSERVED and started WATCHING CLOSELY what the successful 7-figure Network Marketing earners were doing.

Then it hit me… they were all using Attraction Marketing.

I had no idea what Attraction Marketing was, so I “Googled” it, and the “research” began.

Without going into all of my research, I decided to give MLSP a try.

Did MLSP work for me?

Not only did MLSP work for me, but MLSP works PERIOD!

It’s not MLSP that doesn’t work; it’s the “people” that don’t work.

Sad and blunt maybe… but TRUE!

How do I make MLSP work for me?

I can answer that in ONE statement!

PLUG-IN regularly (to all wake-up calls, hang-outs and webinars – recordings are available).
Apply what you learn.

Another question I always get is…

What will MLSP do for me?

Okay, MLSP has done so much for me so far (and I’m just getting warmed up) that I would be here for hours listing off benefits.

But again, I’ll give a simple answer…

MLSP turned me into a magnet.

People are now coming to me daily for help.

Whether it’s to generate leads, or for more information on a business opportunity; they are coming to ME… DAILY!

How many people do you think came to me before MLSP?

Even though I’ve only been part of the MLSP community for about 5 months now, I feel like I’m at home here.

I’ll tell you this…

There are only THREE possible ways that I can think of, to bring new people into your business…