Providing Entrepreneurs with Innovative Solutions, Tools, and Trainings to Brand YOU and Take YOUR Business To the Next Level Since 2008
Menu
RISK FREE TRIAL
Home » MLSP News » MLSP Reviews & Results » MLSP® MEMBER OF THE MONTH: MARY & DEAN R BLACK ~ JANUARY 2013 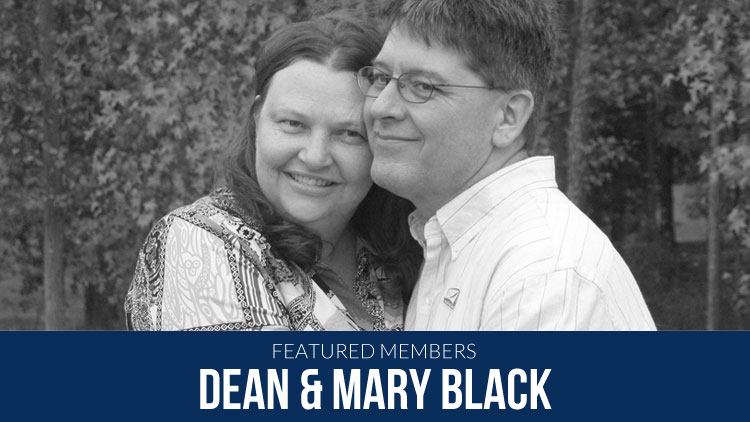 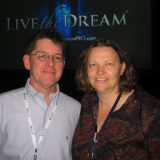 Flash back about 8 years ago…

Mary Lovelady, married, new mom and dissatisfied with the life she sees ahead for herself & infant her daughter, makes a momentous decision. She takes her daughter and moves out of state leaving behind an abusive husband, dysfunctional family and a high paying corporate career to make a new life somewhere else – anywhere else. Mary wants more for her daughter than she had as a child and realizes the path she’s on isn’t going in the right direction.

Instead of putting Sarah into daycare and commuting in Atlanta rush hour traffic to another job and resisting the pressure of her family and friends, Mary strikes out on her own and starts her first business. This allows Mary to spend the maximum amount of time with her daughter while providing financially for them both. It’s not easy but Mary knows in the long run it’s worth it.

Dean Black, former alcoholic, clean and sober for many years, is married and has a son. He’s working at Home Depot because he feels he needs the security of a corporate job to provide for his family, but he knows in his heart something’s not right.

After several years moving up the ranks at Home Depot, Dean becomes disillusioned by all the negativity in the heavily political corporate environment. One day Dean makes a decision that will change his life forever. While in an interview for a job promotion, he’s asked how he feels about the hours he’ll have to work in his new position. Without hesitation, Dean answers “That is not going to work for me”. Needless to say, that pretty much ended the interview. That one answer sealed Dean’s fate in the corporate world, but it was also the final blow to a marriage that was on the rocks anyway.

Dean and Mary are both divorced single parents with kids in the same Montessori school. One day Dean ask Mary to take a look at a new business he’s working on. It’s a network marketing company. Dean has been taught to approach small business owners because they understand the idea of working for themselves.

Dean is thinking of business, but Mary’s got an altogether different idea. They make an appointment – that’s what Dean calls it anyway – Mary of course sees it for what it really is: a date.

So they get together for their business dinner/hot date. They talk about the business for about 15 minutes then spend the next 3 hours getting to know each other. About a year later they get married have a little girl of their own – 3 awesome kids in all.

Now what does this all have to do with MLSP? We’re getting to that – really!

By this point, Dean had build up his business to full time and things were going great financially. But there was a problem: we couldn’t take any time off without our business suffering. We couldn’t even go on a real honeymoon. Then we realized we were enslaved by our successful business, much the same as we were trapped by our corporate jobs. We had jumped from the frying pan into the fire!

That just wasn’t going to work for us. We knew we had to make a change.

We had been struggling to make money in network marketing for about 2 years when Dean finally stumbled across My Lead System Pro and showed it to me. By the end of the 45 minute video, we both knew it was exactly what we had been searching for.

Everything we’ve been able to accomplish in this industry has been a direct or indirect result of My Lead System Pro. We’re forever grateful to MLSP and it’s truly an honor to be contributing members over the past 2 years.

We’re so excited for what’s to come in 2013 with the new Academy and Mastery levels and can’t wait to hear all the new success stories that are sure to come!