Providing Entrepreneurs with Innovative Solutions, Tools, and Trainings to Brand YOU and Take YOUR Business To the Next Level Since 2008
Menu
RISK FREE TRIAL
Home » MLSP News » MLSP Week-in-Review: November 27, 2017 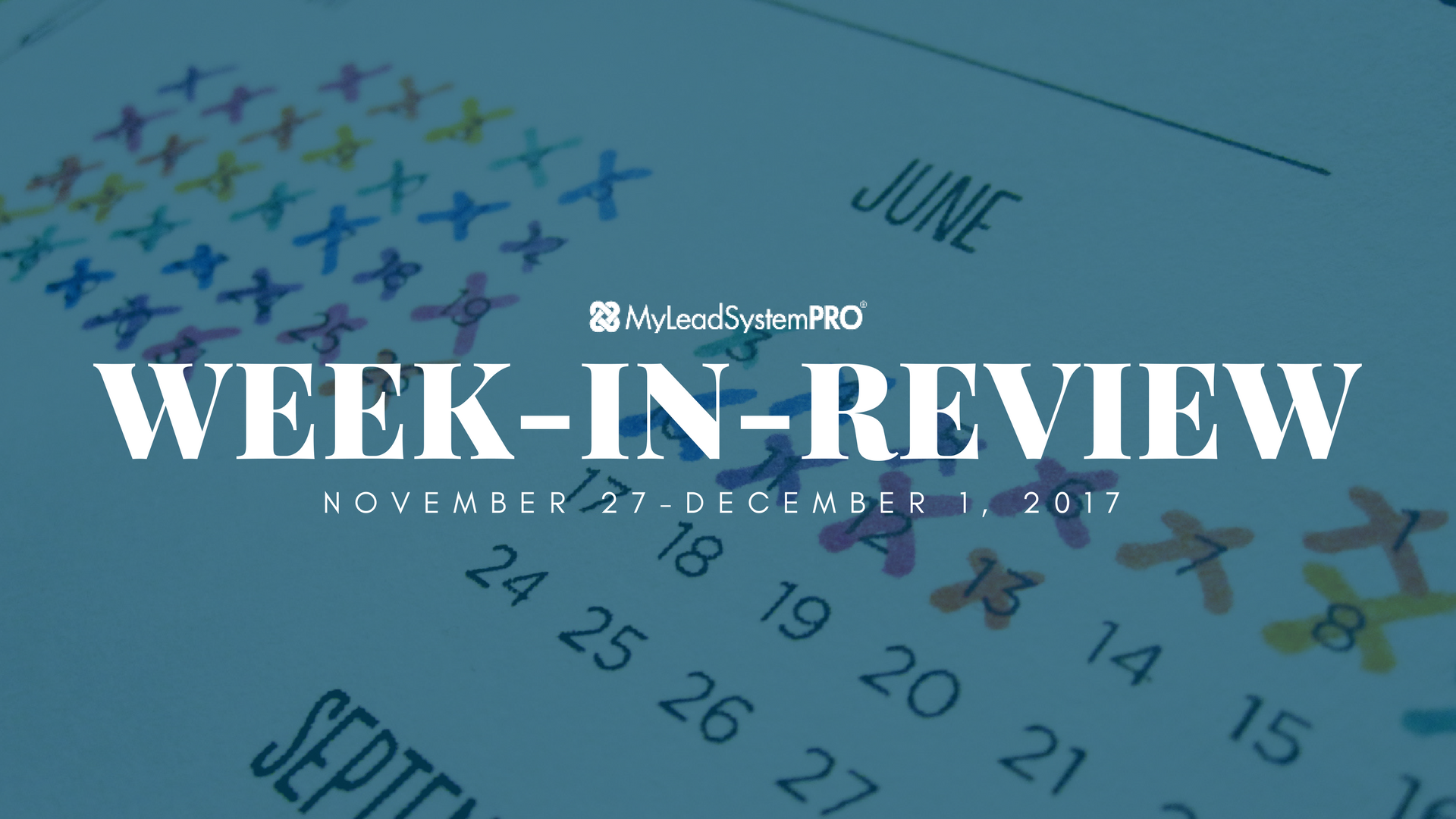 Another week of amazing (and potentially life-changing) content has come and gone at MLPS. But that doesn't mean that YOU can't still see it.

This is the stuff that leaders are made of. Quite literally. Every single week day the leaders of MLSP…and the industry as a whole…come to the MLSP Wake Up Call and our Facebook Page and leave pearls of wisdom.

Why? Simply so that YOU can achieve the same type of success that they have. So you can learn the mindset that sets the foundation for the Attraction Marketing principals that MLSP teaches!

‘What To Do When Loved Ones Don't Support the Path You Have Chosen'!

We've all been there. YOU have a dream, and your loved ones try to “protect” you by attempting to deter you away.

L5 leader Erin Birch has had her share of this exact same protection. And luckily for her (and for YOU, she completely ignored it. If she hadn't her life would likely look completely different from the life she leads now.

Instead of living the dream, traveling the world, and earning a healthy six-figure income from absolutely anywhere she chooses… she would have very likely been working at a grocery store earning less than $2,000 a month.

Erin ignored the naysayers, learned the rules and strategies of attraction marketing on social media, and now she's here to show you how to get away from the loved ones opinions and follow your own path!

On Monday's ‘Wake Up Call' Erin went over:

Erin headed right over to the MLSP Facebook Page to go LIVE as soon as her Wake Up Call ended.

She immediately got right into one of the main reasons that this industry is so powerful, not just for your bank account and learning  attraction marketing…but for so many other areas of your life! There are gifts  that this industry gives us, that most people looking in from the outside don't even understand are waiting for them.

This is an important video that you NEED to see if you're struggling in your biz and/or your life because of the lack of faith that others have in you!

One of the greatest ways to entice your prospects to join your business, buy your products, or even take you up on your affiliate promotions is to create a bonus that they simply can't resist. A bonus that brands YOU and your value!

L5 rock star and MLSP coach has become a master at this.

If you're new, you likely feel like you don't have the tools, knowledge, or credibility to create a bonus that people will drop everything to get. Nothing could be further from the truth.

You have a bonus to give away inside of you, and Steve's the guy who will show you how to make it happen.

On the Tuesday Wake Up Call Steve dove into:

‘The 5 New Rules To Marketing'!

The game is always changing in marketing. Especially on the internet. Things move quickly and it's up to YOU to know how to change with it, or else get left behind.

Ryan Cody McMorris is a savvy marketer who's been able to read the tea-leaves and see the changes as they come. And with 2018 coming, in order to make it YOUR best year ever, you're going to want to understand the new rules of marketing!

Ryan's Wake Up Call on Wednesday revealed exactly that!

Here's what Ryan revealed on Wednesday's MLSP ‘Wake Up Call'…

After Ryan laid down some amazing stuff that can absolutely change your business on his Wake Up Call, CEO Brian Fanale hopped on to expand on Ryan's ideas.

There are very few people in this world to whip you in better marketing shape, and give you what's equal (if not even more valuable) than a Master's Degree in marketing than Ryan McMorris and Brian Fanale!

‘The Key To Your Breakthrough Is…'!

YOUR breakthrough is closer than you think! It's simply a matter of YOU engineering it for yourself.

L5 leader Keysha Bass knows exactly what it takes for YOU to have your breakthrough, and sooner than you might think. Heck, you could even experience your breakthrough over this very holiday season. There's still time to make that happen!

In fact, Keysha is responsible for countless breakthroughs inside MLSP. Each and every Monday night at 8PM EST, she hosts our MLSP Orientation Webinar, where she walks newbies and struggling veterans through the back-office. Revealing each and every nook, cranny, strategy, and tool so that they can quickly get closer to their own breakthrough.

And on Thursday's MLSP ‘Wake UP Call', Keysha stepped it up a notch, and revealed the keys for YOUR own breakthrough.

MLSP CEO took to the Facebook airwaves from the MLSP Facebook page to dig deeper into Keysha's topic. Brian's a “bit” of an expert at helping people experience their breakthroughs himself 😉  and he had plenty to say on this topic on Thursday's Facebook LIVE broadcast!

If you want success in the home biz industry, it's imperative that you become unstoppable, not letting anything or anybody knock you off your course!

Nobody understands this more than Todd & Leah Getts. These two became an unstoppable inside MLSP and in the industry. From struggling and doing things wrong for far too long, they decided it was time to get serious.

There is a critical mistake that most people make when it comes to becoming unstoppable, and on Friday's MLSP Wake Up Call, they reveal the secret to get you on your path, and keep you there. Knocking down every single obstacle in your path until your become a success story in the home biz industry!

Here's a hint: Todd and Leah mastered the art (and science) of finding highly-qualified prospects on Twitter!

Here's some of what Todd & Leah went over on their Wake Up Call to Make YOU Unstoppable!…

Todd & Leah went over to Facebook and did their LIVE Broadcast from their home. These two are constantly giving back to this community, and pour their hearts into these Wake Up Calls and Facebook LIVES!

Info that YOU can take with you to become an unstoppable force in the home business industry yourself!

Watch this FB Live here. Sorry, we had some technical difficulties linking it direct from our page!

What to Do NEXT!

You've just been handed  life-changing content, at absolutely no cost to you.

These same leaders you just heard from command hundreds and even thousands of dollars an hour for coaching. Sharing the exact types of secrets that they shared over the past week!

If you liked that, then you'll really like something else we have for you!

There's an opportunity for YOU right now to hear from 40 MORE top leaders in the home biz industry absolutely free. It's  the biggest online event the industry has ever seen.

The box-office doors have opened for the ‘Attraction Marketing Virtual Summit' where you can grab a free seat as these 40 leaders unite, and reveal their biggest secrets of attraction marketing.