Providing Entrepreneurs with Innovative Solutions, Tools, and Trainings to Brand YOU and Take YOUR Business To the Next Level Since 2008
Menu
RISK FREE TRIAL
Home » MLSP News » MLSP Reviews & Results » NOVEMBER MEMBER OF THE MONTH: Jelena Ostrovska 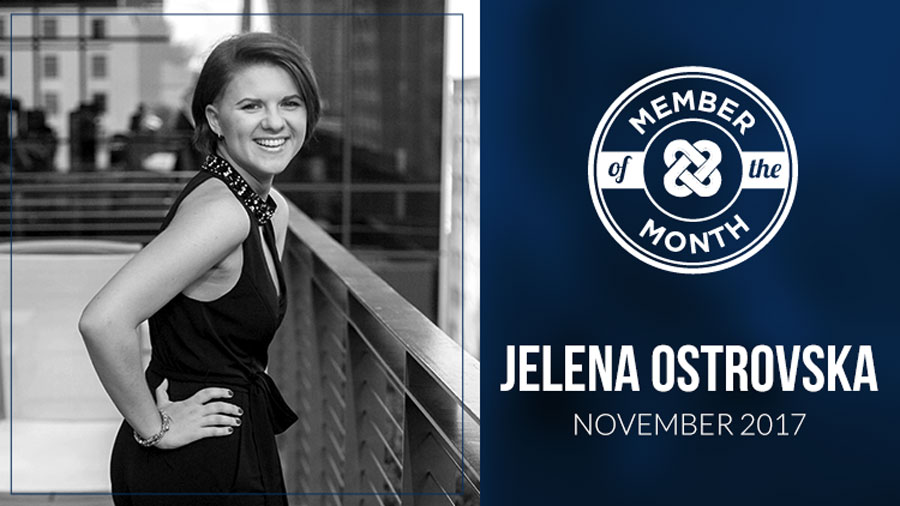 OMG… Member of the Month!! You've gotta be kidding me.. Still kinda surprised, because I didn't even expect to be selected. So first of all, THANK YOU, MLSP! The funny thing is I would have totally missed this email, had Melanie not sent me a message on Facebook.

Sooooo, considering the fact that I've been an active member in MLSP since September 2014, being member of the month has definitely been one of my goals. And now knowing that it finally happened, I'm still in shock, but it means I did a few things right in my business. However, it wasn't always like that.

Here's a little bit about my story..

For those who don't know me, my name's Jelena Ostrovska, I'm Russian, originally from Latvia (a VERY small country in Europe, right next to Russia). And I'm probably still one of the youngest members in MLSP, since I'm only 22.

I'm also an L4 leader, one of the certified coaches in the MLSP Mentorship Program, and was one of the speakers at Live the Dream 8.

I was first introduced to network marketing by my parents back in 2014, and I was the easiest prospect that has ever signed up. Network marketing just made sense to me, because ever since I was born, my parents never had a 9-5 job. They always had their own business, so deep down I knew I would do something like that after school.

My biggest dream after joining my first network marketing company was to earn enough money to be able to pay for my college tuition fee. And little did I know, it wasn't as easy as it was promised. I failed miserably for the first year, didn't make ANY money, got frustrated and took a little break from the profession. Instead I got focused on finishing high school, cuz it kept me super busy with everything that was going on – exams, tests, extra-curriculum activities. “No time” was a legitimate excuse for me.

It was also the time for me to decide where I wanted to go study and what profession to choose, and this is the time I joined my second network marketing company. Again, super busy to even build it, but I did recruit a few people in my first few months using social media. And on the other side, I was still up in the air as to what I wanted to do with my life.

“You're not going to college, Jelena. Let's focus on network marketing instead. Go ahead and find education online that will teach you how to become a professional” – this is exactly what my dad told me. And that's how I found MLSP, which basically became my “online college”, and I never looked back ever since.

But you may think that I got successful since day one of joining MLSP?!

It was one hell of a struggle for me, because I was so new to this whole ‘attraction marketing‘, ‘lead generation', ‘personal branding' thing.. You may find it funny, but I had to google a lot of the terms, cuz I'm Russian, and although I knew English at a good level, business English was a whole another thing for me. Even watching all the trainings (live and in the back office) was kinda tough. Google Translate has become one of my best friends.

During the first 12 months in MLSP I was literally on every single webinar, watched a gazillion amount of trainings in the back office. And even outside of MLSP I was trying to learn from as many people as possible. I basically became a sponge that absorbed as much information as I possibly could.

But there was one problem.

Although I was learning, and well, I did take some action.. It wasn't enough. I didn't make a lot of money starting out. Wasn't generating a lot of leads. And things just didn't happen…

So I was learning a lot. But I was all over the place.

I tried to setup my Facebook fan page first. Then went on to Instagram where I generated my first leads, and had built an audience of almost 11,000 followers. Then people were telling me I need to setup a blog because every other leader has a blog. In January 2015 I setup my very first blog (prior to MLSP Sites). Then I started doing some videos, and again…failed miserably because I couldn't put together 2 words into one sentence (that Russian problem haha).

To say the least, I was frustrated. And I was stuck.

One of my biggest turning points in my career has been an event in London that I attended back in 2015. I actually got to meet the people, and this profession has become more real to me.

I figured if there are other people who are making it happen, I absolutely should NOT have any excuses!!

And then I struggled for a few more months, because of the information overload. I knew TOO much. But I didn't DO much. That was my problem.

Then in August 2015 I had a pretty tough conversation with my dad, who basically told me I was a failure for the past 12 months and I have to figure something out.. THAT was painful. Just imagine, when the closest people tell you something like that.

But that was my kick in the butt that I needed.

90 days later I hit the very first rank in MLSP – L1. And the rest is history.

So you may be wondering, what did I change? Here are some of my top tips that will help you.

As you can see, building you own business is certainly not easy. It can be simple though if you let it, and if you plug into the community and follow the directions.

If I were to give you one piece of advice that has really helped me when things got tough, is this – focus on your vision. That's ONE thing that you can hold on to, and it will push you to take action even when you don't feel like it. Lack of vision is exactly why people quit. And if you're reading this, something tells me, you're not a quitter.

So get clear on what you want – your vision. And also, get clear on what's gonna happen if you quit. What's the alternative? For me that was going to college and being in debt..(not a fun place to be lol). So if you are in this profession for a reason, keep pushing UNTIL you achieve your goals.

It's so damn worth it.

And if there's anything I can do to help, I'm only a message away 🙂

Previous Post
[Success Story Saturday] From Not Knowing How to Generate Leads to Selling His 1st $10K Product!
Next Post
How to Make Extra Money FAST During the Holidays (Or Anytime You Need!)