Providing Entrepreneurs with Innovative Solutions, Tools, and Trainings to Brand YOU and Take YOUR Business To the Next Level Since 2008
Menu
RISK FREE TRIAL
Home » MLSP News » MLSP Reviews & Results » [Success Story Friday] “Put Your Head Down and Go To Work… the Results Will Come!” 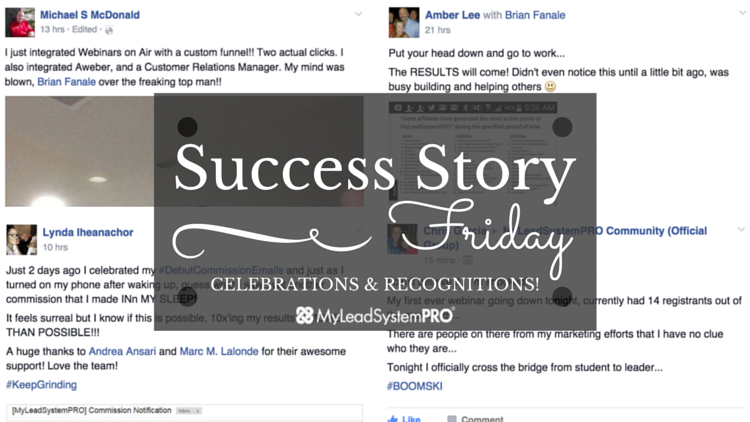 Spoken like someone who's well on her way to greatness isn't it?

In fact, as you'll see in the Success Stories posted below, MLSP member Amber Lee is proving
she's doing exactly that. And it's working!

When you've got your head down driving your biz forward… and don't even notice that you've popped on the leader boards, it shows you're in it to win it!

Here's What You Need to Know About Success…

Most people see the those on top and figure they've just gotten lucky. That they've been handed
their success. As if it's come easy.

The truth is that nobody on those leader boards or at elite levels in our industry were just handed their success.

Nobody had an easy road to get there. Even though some now make it look really easy.

No matter what your background is…when you start your own home business, you're on even ground. The guy or gal that started before you, who's doing better than you, had it no better than you do now. Nor will the person coming after you will have it any better.

That's the beautiful part. You've got the same shot as everyone else.

Take our newest members of the month April and Matt Findley for instance.

These two were in some pretty dire straights. In foreclosure, bankrupt, and having their car repossessed. And now…look where they're at.

If you're feeling like you're at a disadvantage, that line of thinking is not only untrue…it will hold you back.

Your mind will make sure that it creates a reality to prove you're right.

YOU ARE ACTUALLY AT A MAJOR ADVANTAGE!

You've already seen the light that there's more out there for you. MOST don't get that far. They stay stuck forever…never realizing it just takes doing some things differently.

You've got trails already blazed before you! People who have already achieved what you're looking to achieve. And they're showing you EXACTLY how they do it each and every week at MLSP!

In fact this coming week… L5 Leader Mark Harbert will show you how he's been able to grab 47,000+ leads, and hundreds of thousands in commissions.

Was he at an advantage when he started?

Let's see: $7 in his Paypal account…had to split the cost of a $10 ebook with another marketer…Dead broke… living in foreign country… couldn't buy his daughter anything for Christmas except for dollar store gifts.

That was a few years back. Not much of an advantage is it?

What did he do? Exactly what Amber Lee is doing now. He put his head down and got to work.

And Now…Behold This Week's Success Stories… 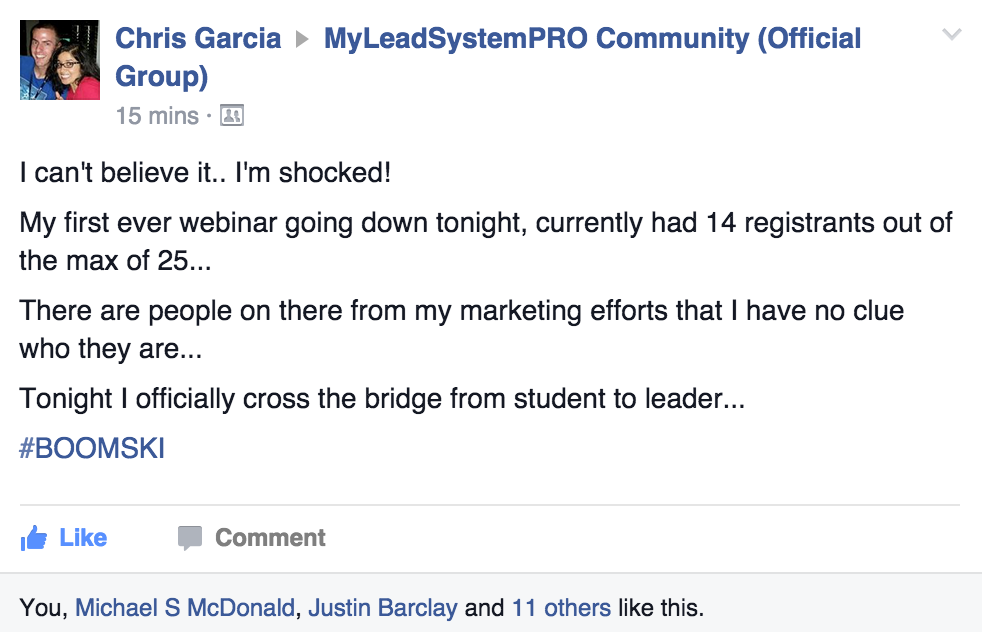 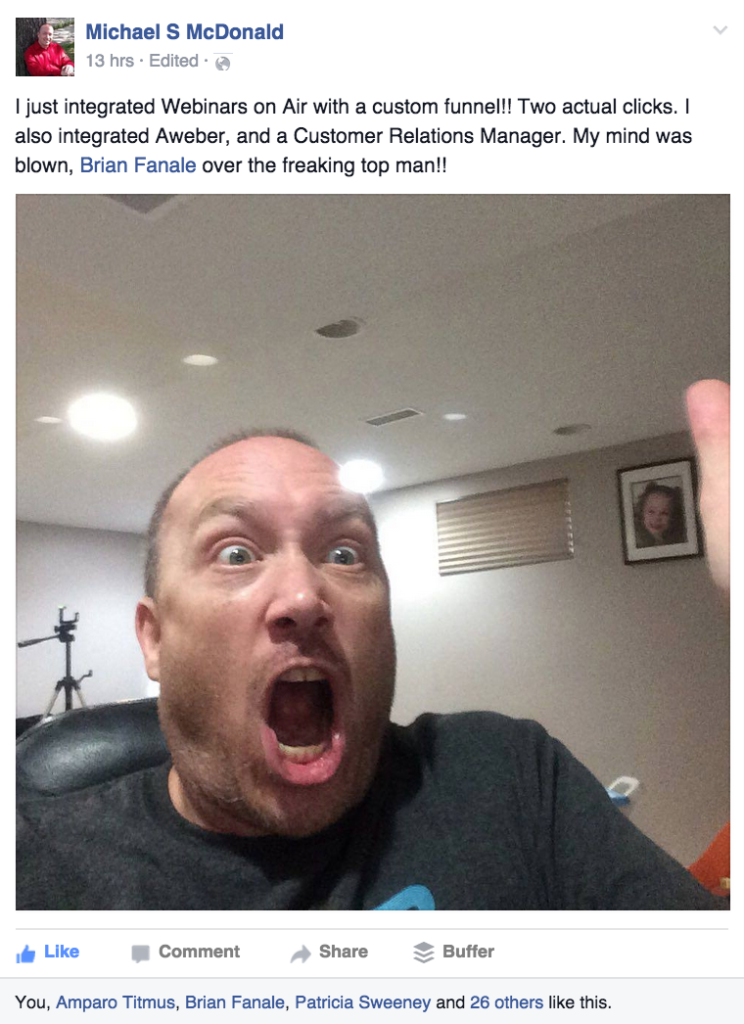 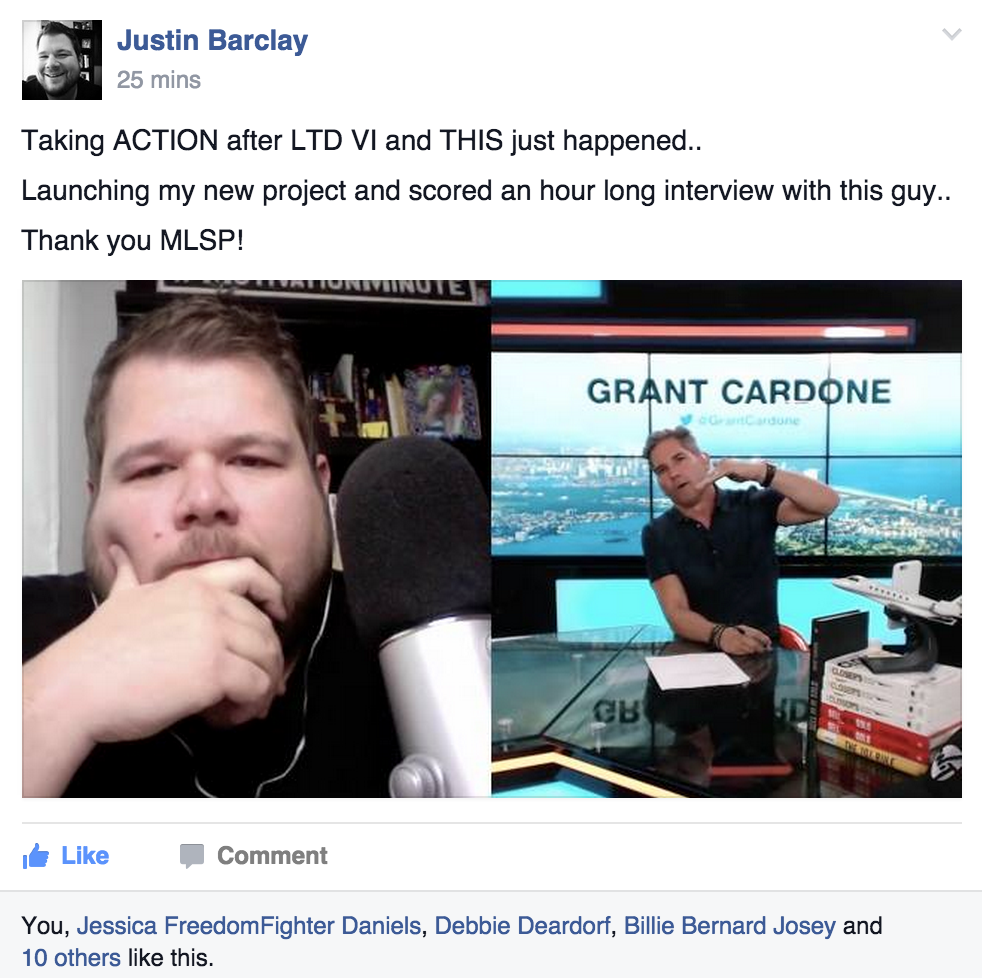 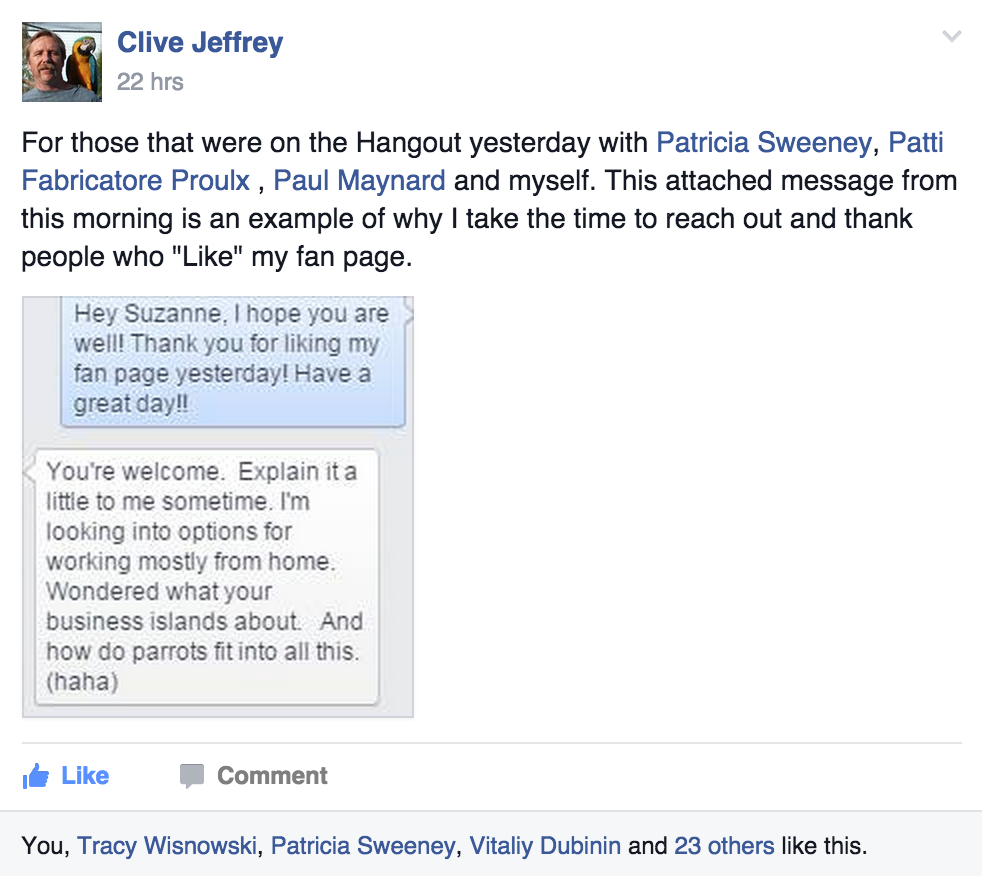 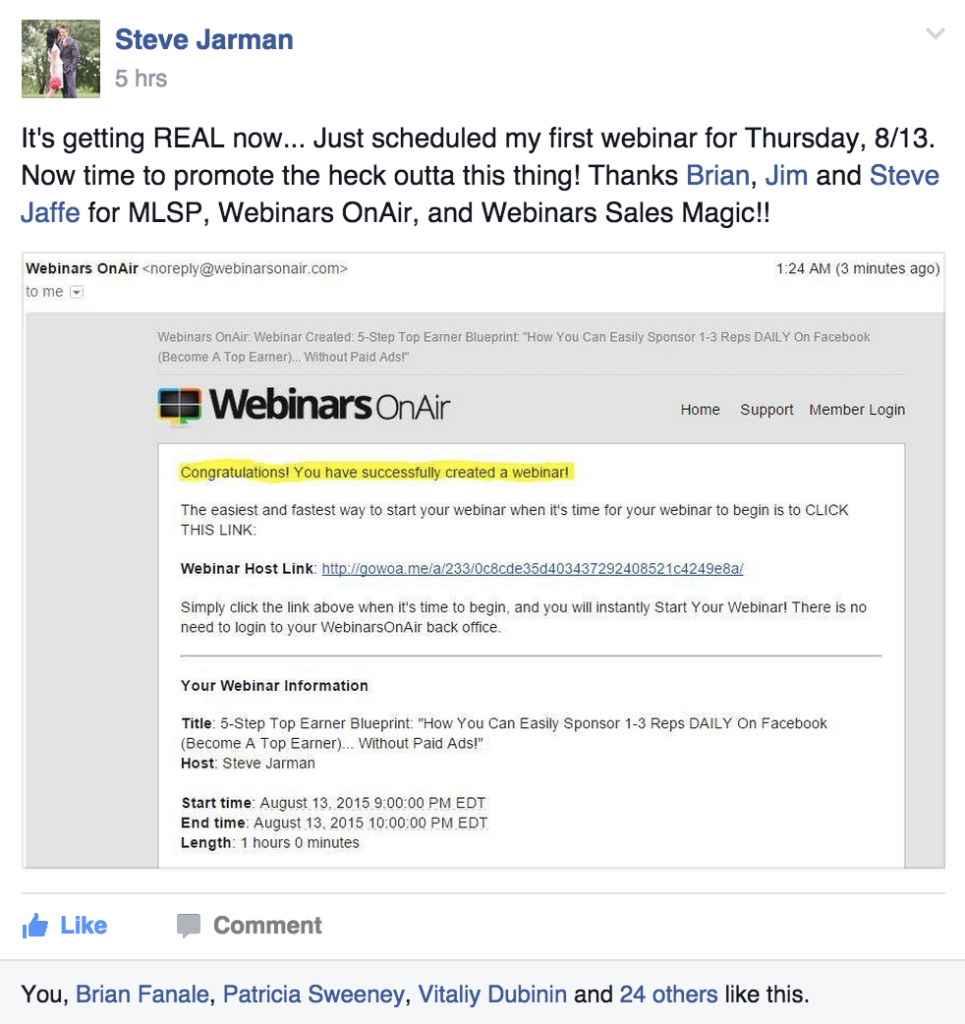 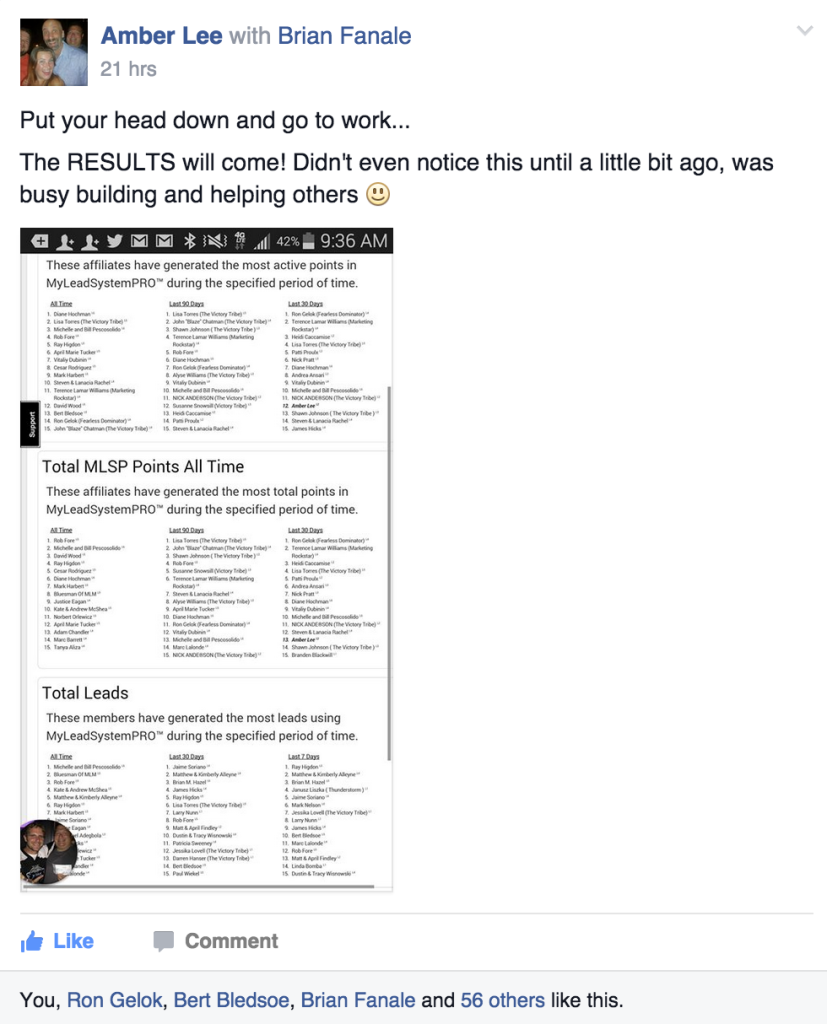 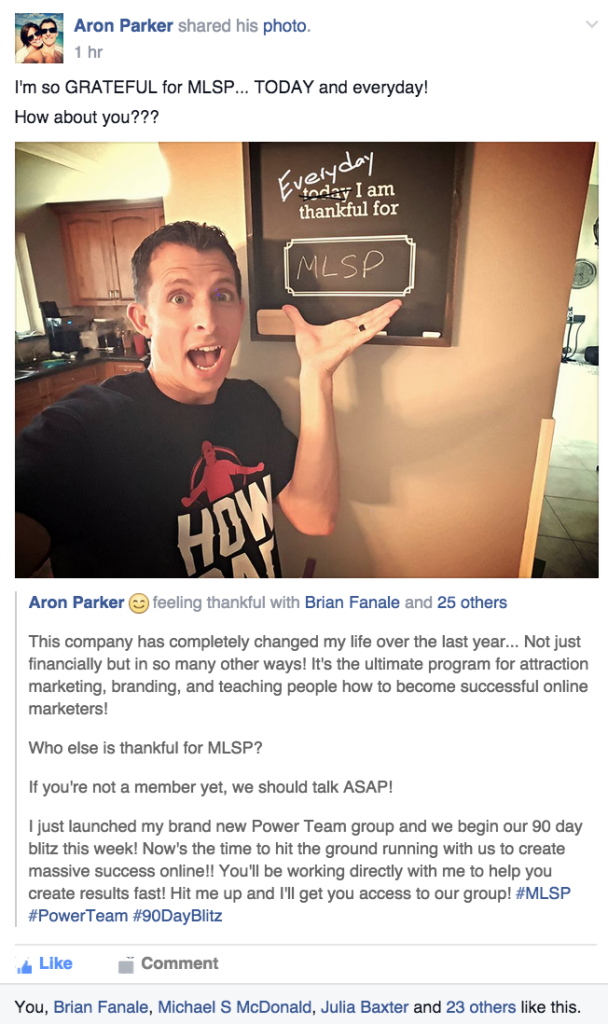 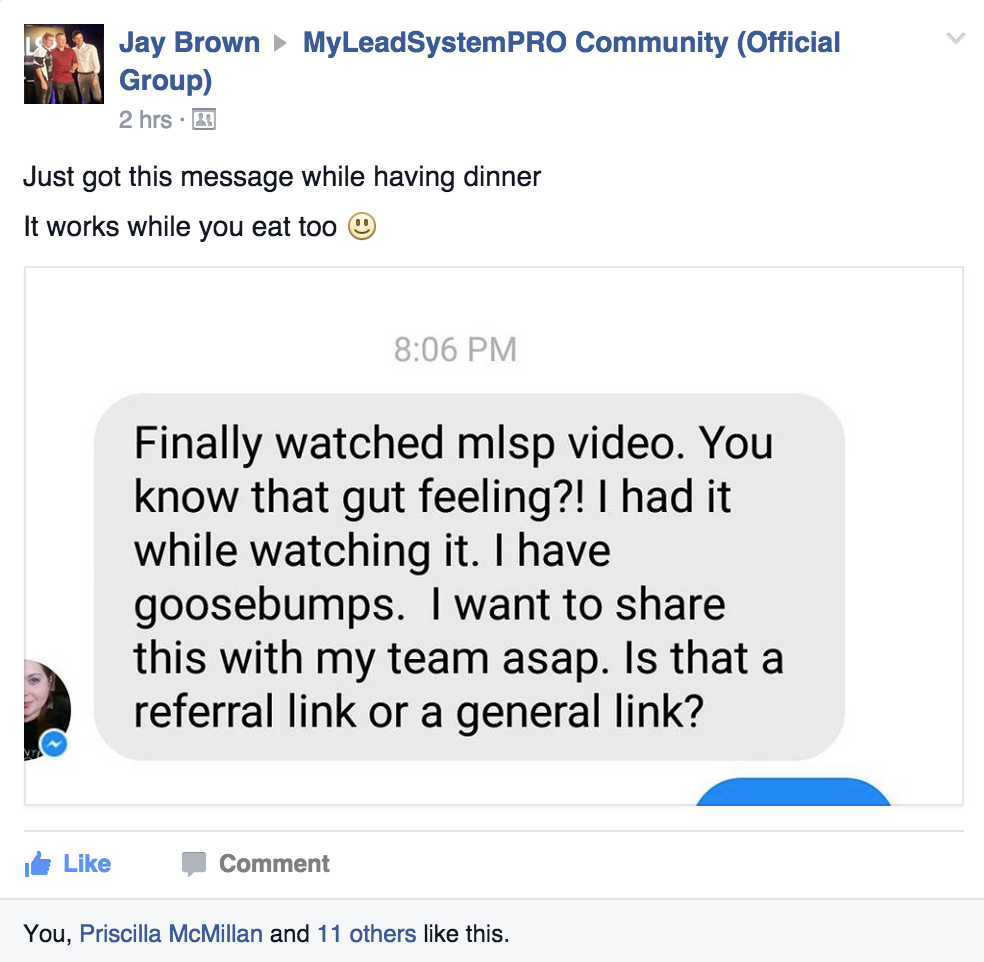 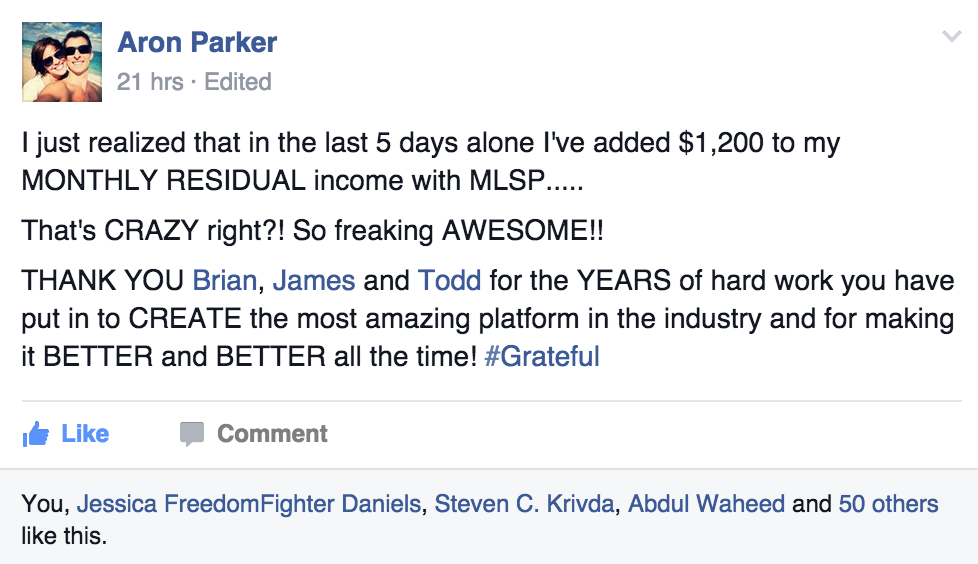 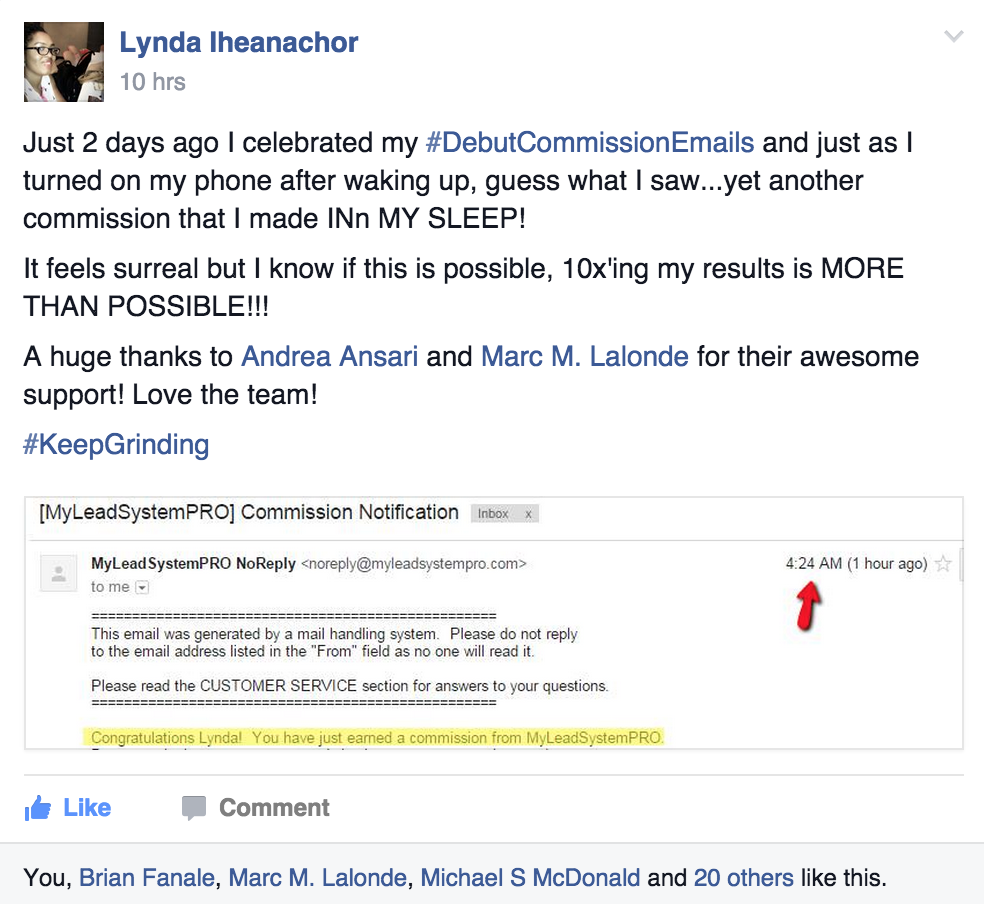 Previous Post
MLSP AUGUST MEMBERS OF THE MONTH: Matt & April Findley
Next Post
How To Experience Breakthrough In Your Business