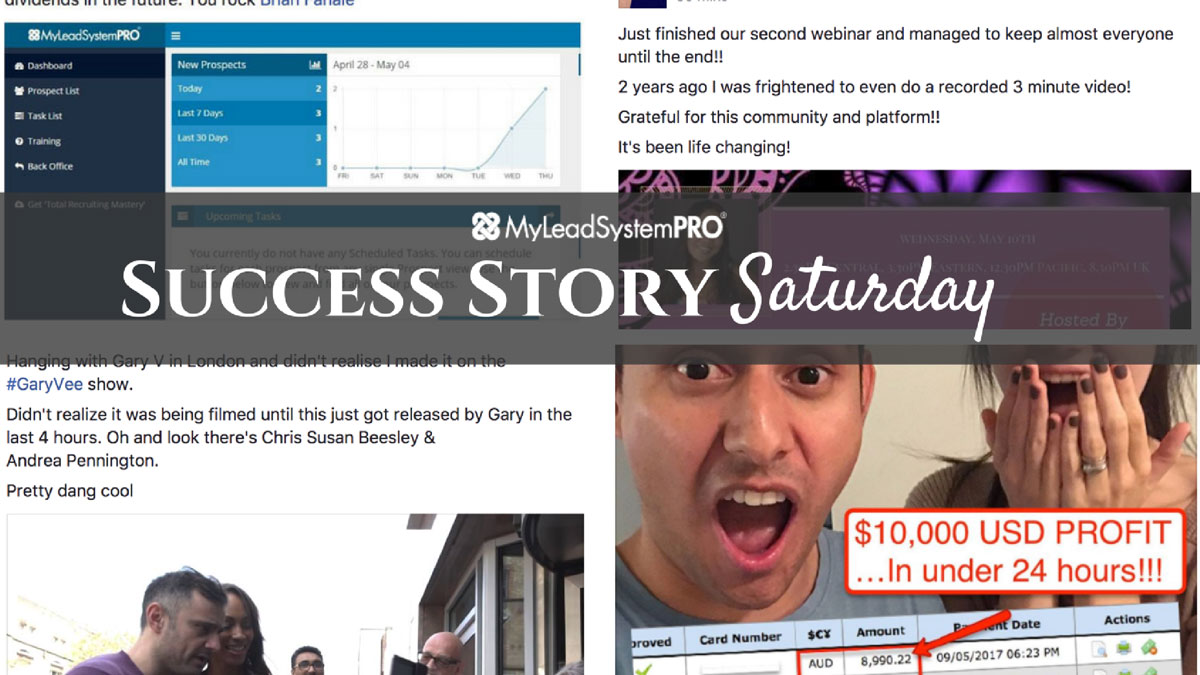 Our buddy Alex Ford is back at it here on the Success Story Saturday blog post!

“*THESE* are the UNREALISTIC types of results I love!”

Here's why you'll want to make sure to READ EVERY WORD of Alex's success story.

He makes no bones about HOW he achieved this success (which apparently isn't too odd for him anymore!)

Alex says “Although it's not so unrealistic for me anymore, but this specific payment in my Primary Biz came through thanks to MLSP.”

He then goes on to mention every training he followed, and every tool he used to achieve this!

How cool is that? So no guess work. Check out his story, go find the trainings in the back-office, and take ACTION!

Success leaves clues, and Alex Ford spills the beans on the details. 😉

But It Doesn't Stop There With Alex's Good (And Rapidly Increasing) Fortune!”

The next day, he shot out a little update.

Sure there was a well placed expletives in there that you can see in the images below, but that's not the most interesting part by any means.

“Another prospect literally just called me up out of the blue and said…”I'm calling to give you some money.”

“Borrow” This Advice About Finding Your Niche…

Here's a little trick you can borrow from MLSP Member Ricky Borrows (Sorry, had to do it!)…

“I discovered something that might help you and your audience. The more content I created that I enjoyed, the more positive response came out of it.”

Seems Ricky was having a bit of trouble finding a niche because he's self-diagnosed as “scatterbrained.” And he says that if you're in the same scatterbrained boat, you can follow his advice above to carve out your niche.

Pretty cool idea he has. Yup, another one you might want to read all the way through!

Seems that Lisbeth Graham is a woman of few words. But you can be when your post pretty much says it all!

And even with those 7 words, it's inspiring as heck! No wonder she's “feeling excited”

Nice work Lisbeth. We're excited for you too!

“Hanging with Gary Vee in London and didn't realize I made it on the #GaryVee show.”

How cool is that for Abdul Waheed! He video bombed ‘The Gary Vee' show and made it on air.

Congrats Abdul! One day Gary Vee will be posting how he got on YOUR show!

Day 5 of what you may ask. None other than a cool (and apparently very effective) 90 day email challenge from none other than the great one Mrs. L7 Diane Hochman!

And guess where Holly Fitch Stevens picked up that challenge from Diane?

Looks like she took some MASSIVE ACTION and headed over to last week's MLSP Retreat.

So lesson #1: Get to events like retreats when they come around. Lesson #2: Do whatever the heck Diane Hochman tells you to do if you want to see results!

Awesome stuff Holly. Can't wait to hear the stories after the 90 days is up!

“I am finally on the leader boards with the heavy hitters”

We can't be sure exactly where Nurul Chowdhury had to pop out from (hence the fact that it was an “underground hideout”) but we're glad he did because hitting the leader boards is HUGE!

And here's the magic words that you'll want to pay attention to: “The hard work is paying off. Thanks to MLSP for all the great training.”

Pretty much says it all doesn't it?

Congrats Nurul! You can now go back to the underground if you like. Looks like you've been pretty busy down there 😉

“Just something to think about”…

This dude is constantly feeding the MLSP community magic little gems “to think about” that cause businesses to grow.

Looks as though people are filling out his capture page at midnight, and even JOINING his business at the late hour.

“Don't ever think it's a bad time to prospect”

Why is this happening for Aron so late at night? “I'm up late on a Friday night grinding because that's how bad I want it!”

Go GRIND!! Why? Because Aron Parker does and the guy gets insane results!

Thanks for the inspiration Aron!

That Moment When Canva Comments on your Canva Tutorial on YouTube!

Chondra Rankin is getting some attention from big people.

“Yesterday I posted a brief Canva tutorial onto my YouTube channel, and today received a comment on it from Canva. That was kind of fun!”

“A good friend of mine asked me, are you making money with that online thing?”

Check out ALL of the Success Stories for This Week Below! 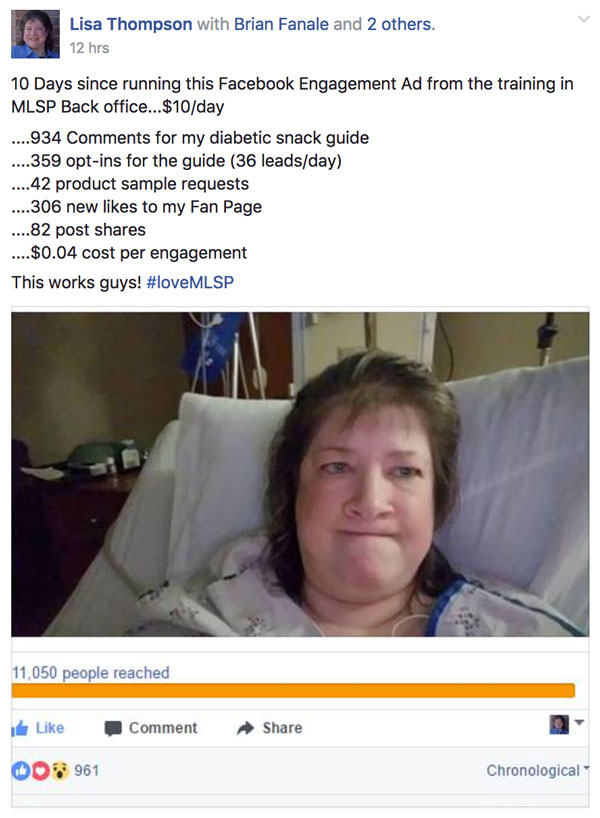 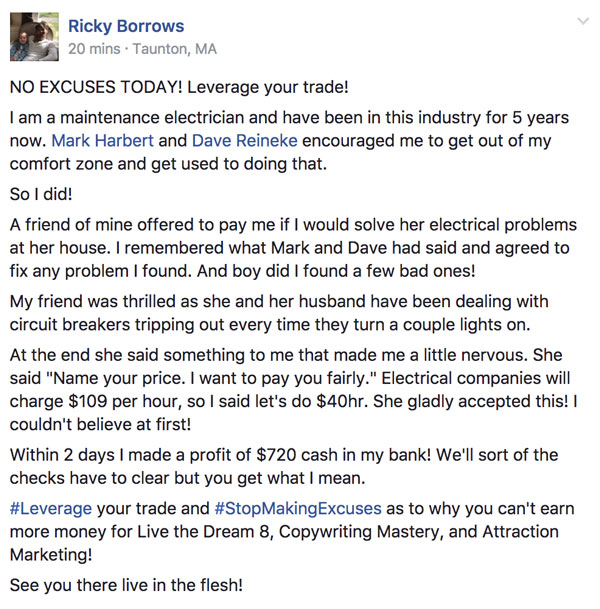 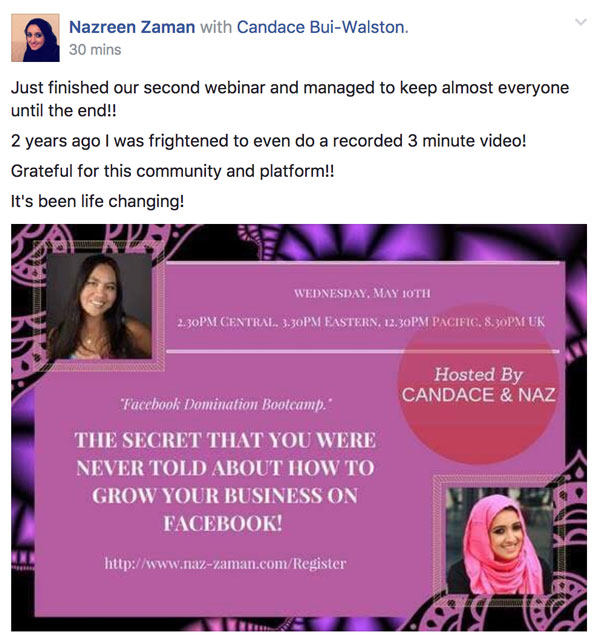 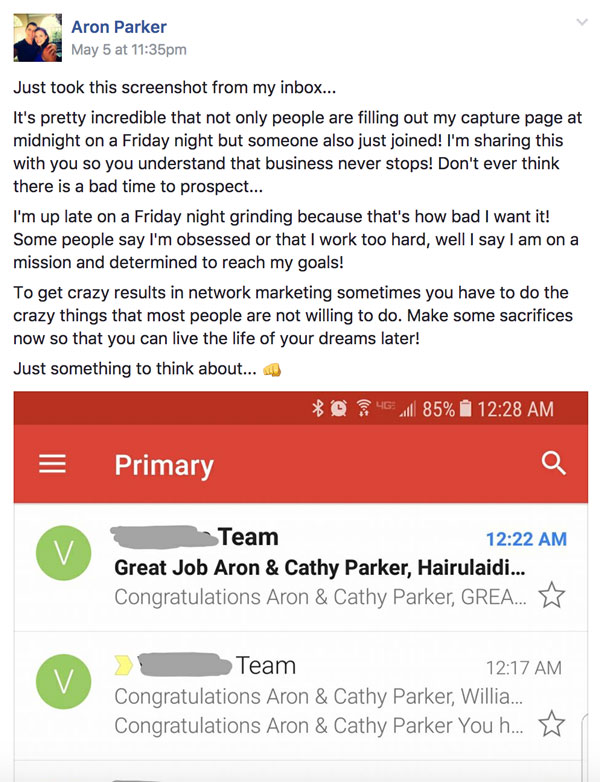 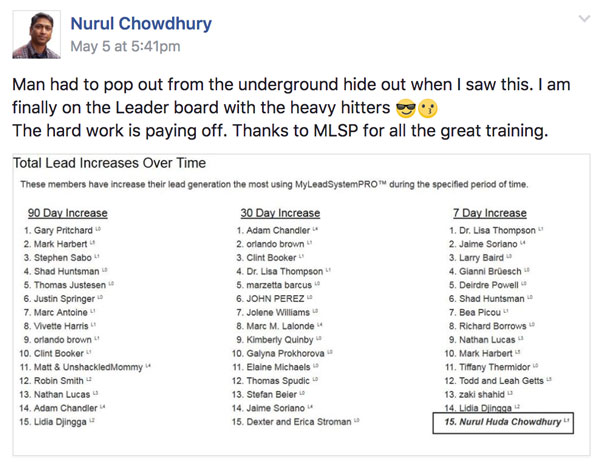 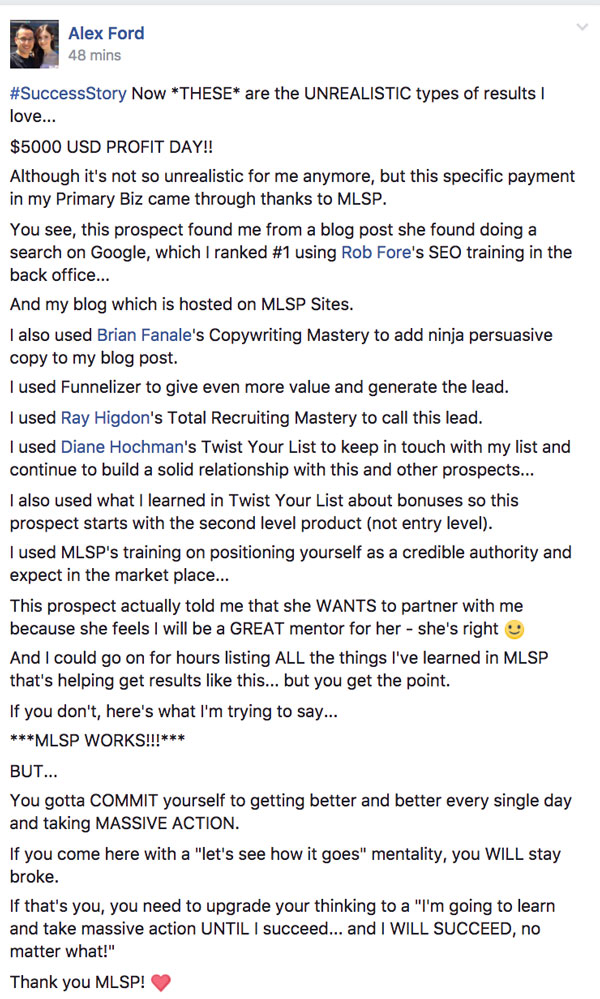 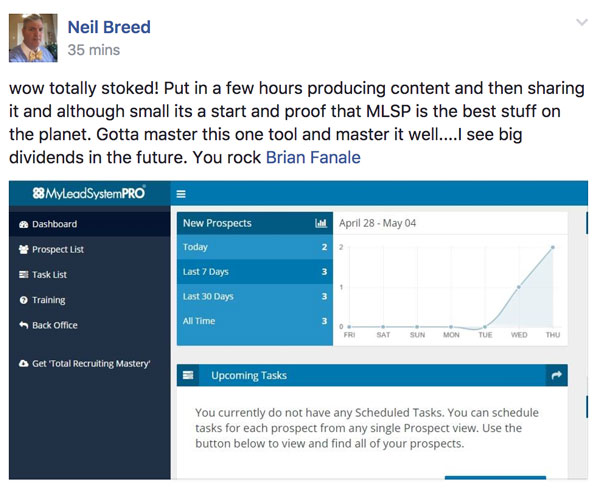 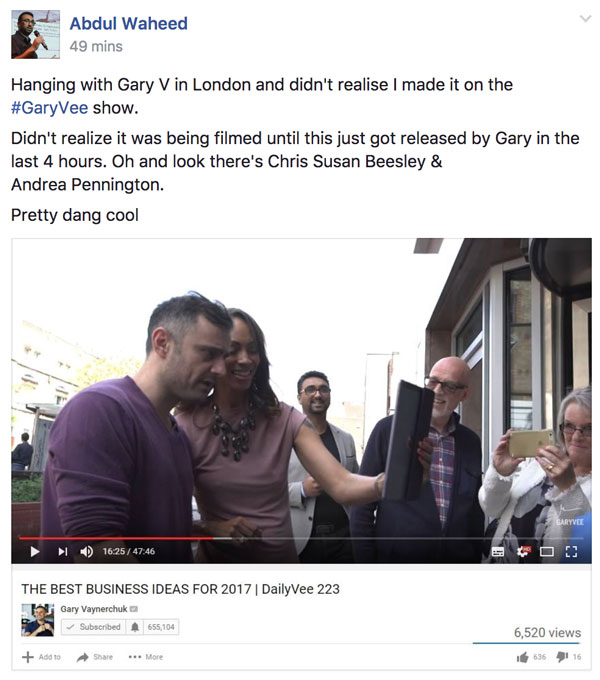 Previous Post
[Success Story Saturday] 80 Comments, 20 Likes, and 20+ Leads at 4 Cents Per Engagement (All in Less Than 24 Hours!)
Next Post
Top 3 Reasons Why I Don’t Buy MLM Leads