Providing Entrepreneurs with Innovative Solutions, Tools, and Trainings to Brand YOU and Take YOUR Business To the Next Level Since 2008
Menu
RISK FREE TRIAL
Home » MLSP News » MLSP Reviews & Results » [Success Story Saturday] “I crushed one of my fears of being video shy and posted my first YouTube video.” 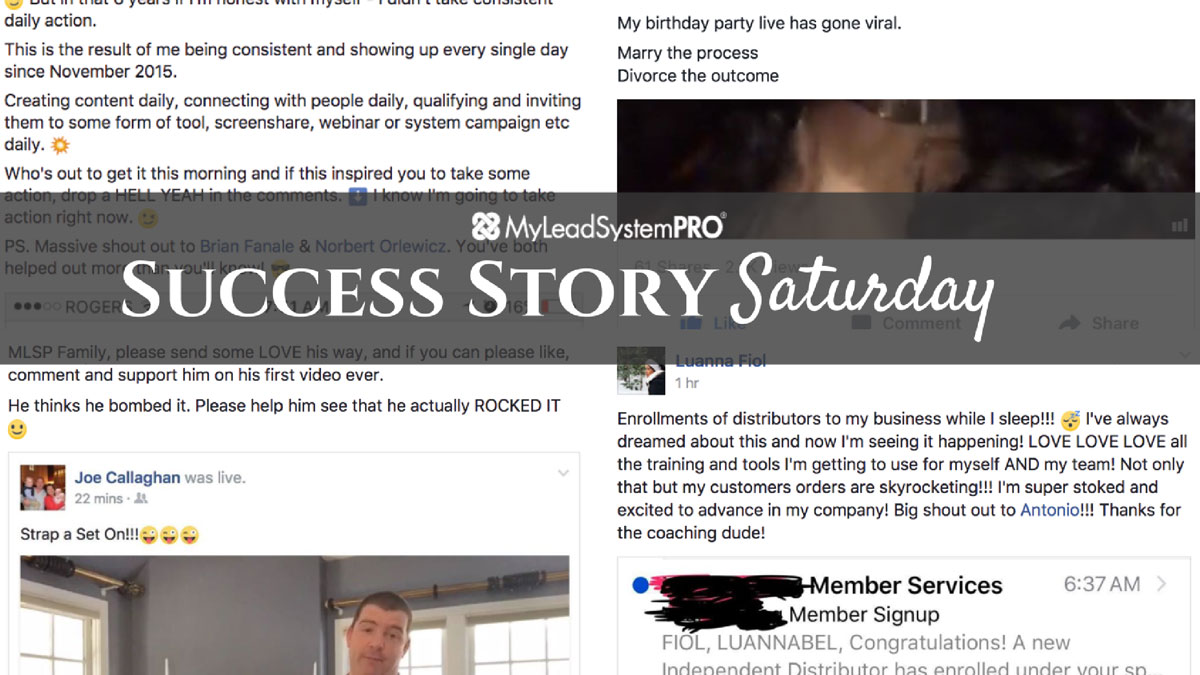 James Owens just jumped over what's a major hurdle for MANY in this industry. He goes on to say that it's the daily MLSP Wake-Up Calls that helped him defeat his fear with FAITH!

Those Daily Wake Up Calls. They're one of MLSP's secret weapons.

They're quick (just 30 min) and they hit you right over the head when you need it most. BEFORE your day starts. It's a burst of energy and inspiration from the people who have achieved and are achieving what YOU are on the journey to achieve.

And almost every top leader in MLSP credits these calls as one of the major reasons they've reached the success they have.

So take it from James…and get on these everyday and watch your business skyrocket.

Great work James. Big things on the horizon for you sir!

MLSP leader Keysha Bass celebrated her birthday LIVE on Facebook. How cool is that? That little shindig of hers got shared 61 times!

That's what you call a celebration. YOU should celebrate as well…because in just 2 lines she gave some really good advice in her success post over inside the FB community this week:

Advice you should take with you forever.

Sheesh. 100 days is nice chunk of time to do something consistently every single day. Don't ya think?

And therefore deserves a shoutout! That's what Nazreen Zaman thought too apparently when she gave a nice shout to Leticia Teixeira for completing her 100 days.

Great job Leticia. That's a mighty feat that most people would never undertake. And thank you Nazreen for letting us know about it.

Those are beautiful words to read aren't they? It's exactly what Margaret Wilson got to read this week from someone she was chatting with.

You'll want checkout the conversation, and see just how easy it was to get this prospect  to realize that it's up to them to decide. You can see the story in the SSS post images.

“Got 5 Leads from one pic i posted on FB”

Easy peasy lemon squeezy? You could say that about Viviene Brown's post.

But you could also figure that she's done some grinding to attract the kind of people that would take such quick action over a pic.

It takes work at first. It takes fortitude. It takes adding tons of VALUE! It takes time of posting pics and nobody bites… and then keeping going anyway.

Alex Ford caught the attention of the top earner in his biz.

He went on to say “because she's seen that it works”

The top earner in his primary biz is pulling in about $50K to $100K per month.

Some people would get upset that she “borrowed” that post. But leaders follow success, they're transparent in what they do, and they take action.

So kudos to both Alex and the woman who took action on a good thing when she saw it!

Kay Somji was determined to “Inspire the hell out the MLSP community!”

We're pretty sure he did just that. We'll give you the summary, but don't make the mistake of not going and reading Kay's entire post below.

This time in February… 1 year ago, he was at ZERO. Now just 1 year later, his commissions from MLSP for the year (a side income) are $15K!

Now go read his darned post, because beside just that tremendous success… there is some inspirational gold in there!

Okay, so you're going to want to go read every word of this success story too.

If you're thinking that… you're actually wrong.

What Malia Rowe shared inside the MLSP private community will show you that it's not as difficult or complicated as that.

Basically you just have to provide value, stop chasing, and simple show people you actually care.

Go Read Malia Success Post and the others from the community this week below. Get inspired, then get to work! 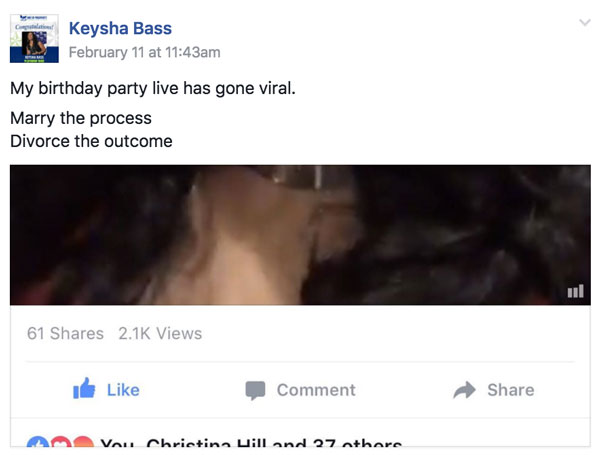 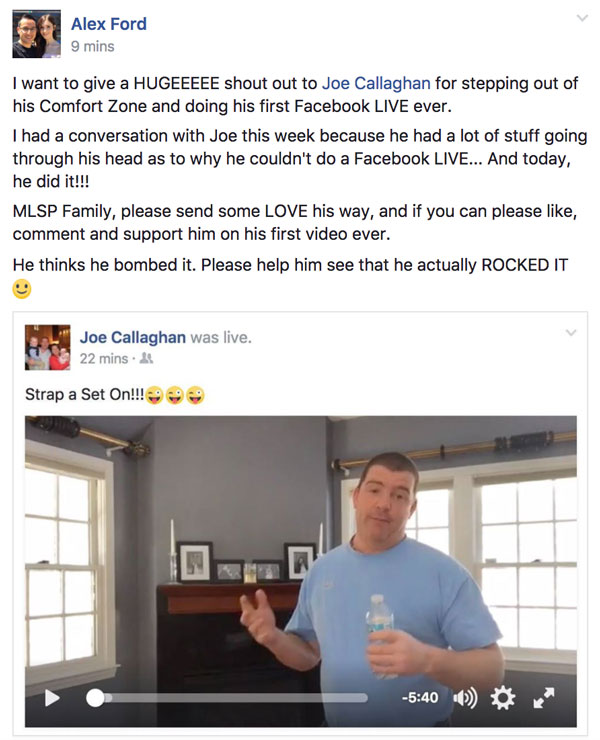 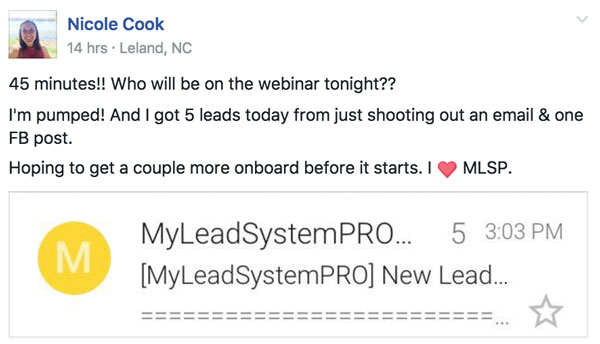 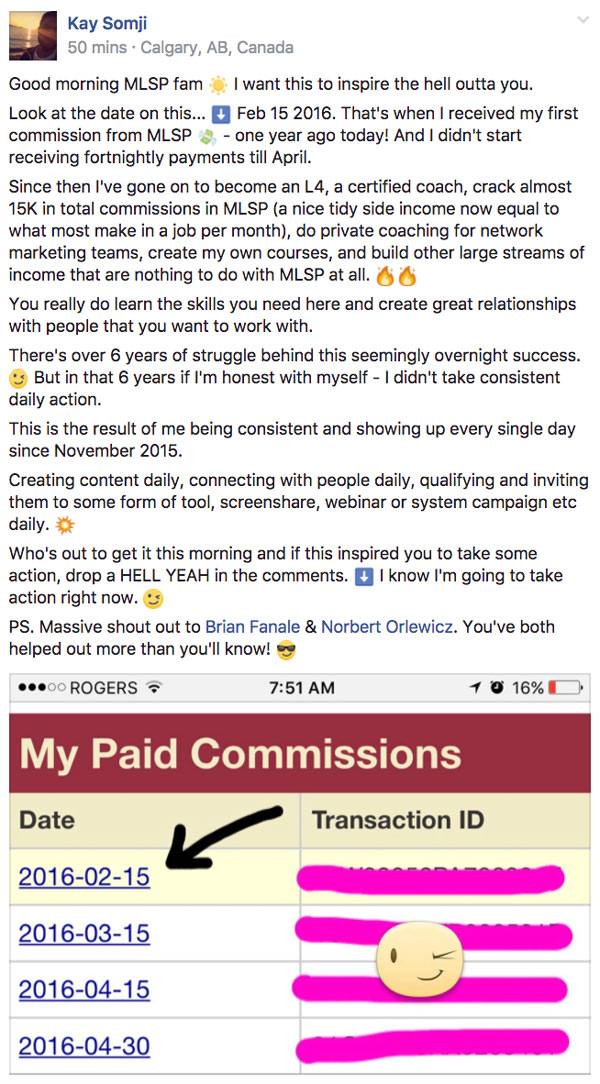 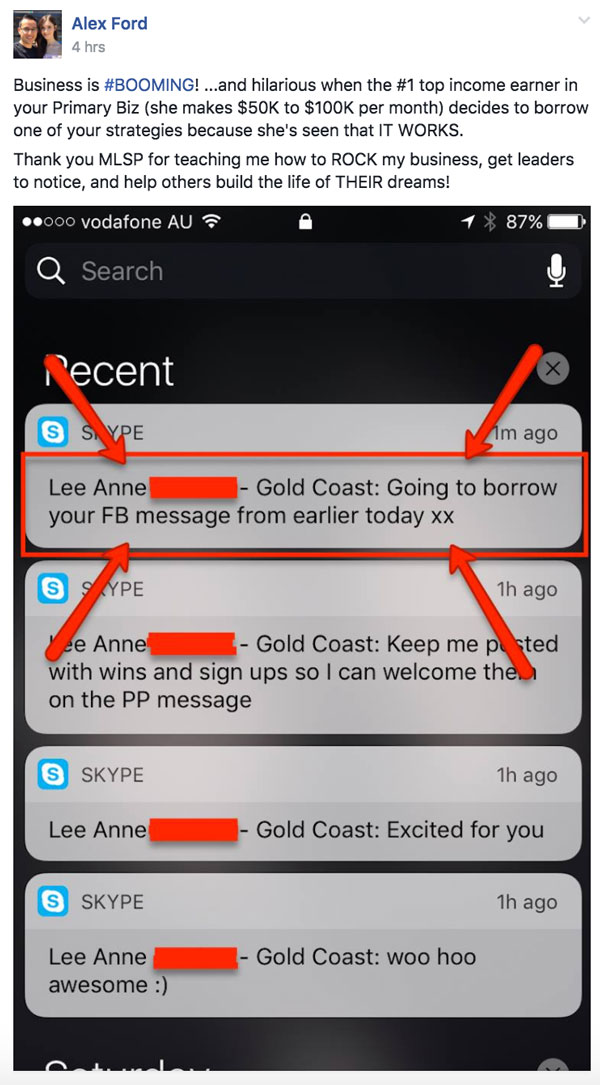 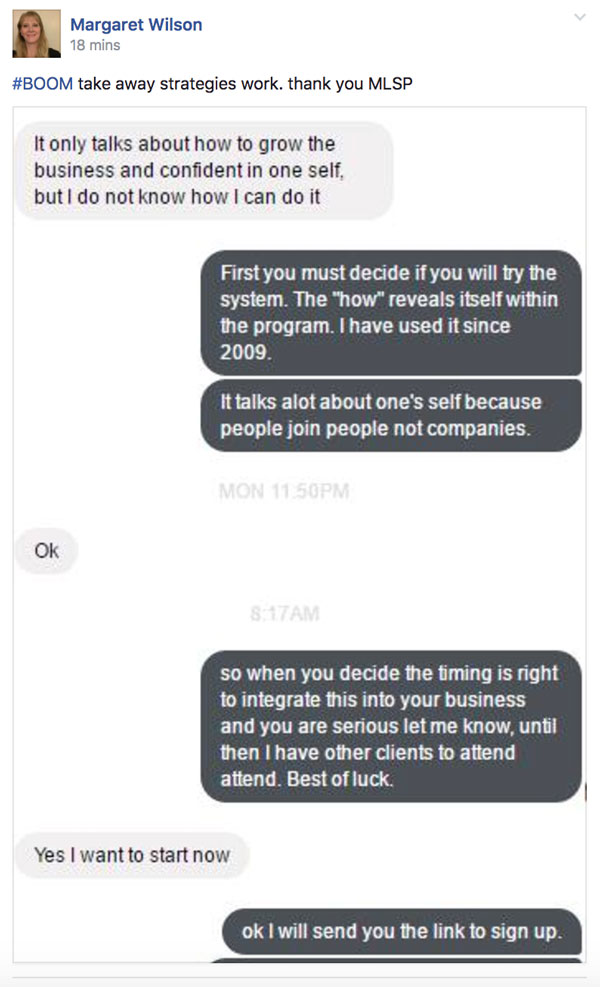 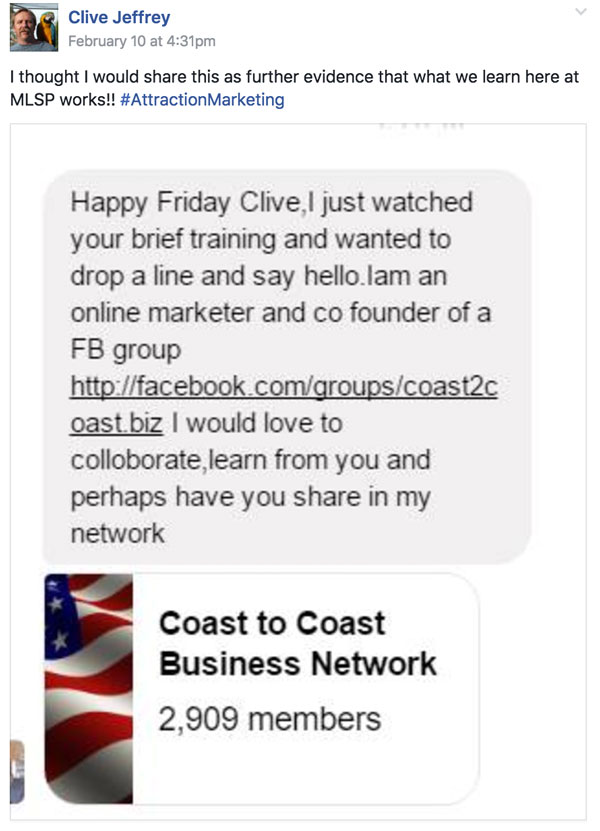 Previous Post
[Success Story Saturday] “The First Time EVER That I Have Had a $1000 Dollar Day…IN MY WHOLE LIFE.”
Next Post
FEBRUARY MEMBER OF THE MONTH: Antonio Starr