Providing Entrepreneurs with Innovative Solutions, Tools, and Trainings to Brand YOU and Take YOUR Business To the Next Level Since 2008
Menu
RISK FREE TRIAL
Home » MLSP News » MLSP Reviews & Results » [Success Story Saturday] “The First Time EVER That I Have Had a $1000 Dollar Day…IN MY WHOLE LIFE.” 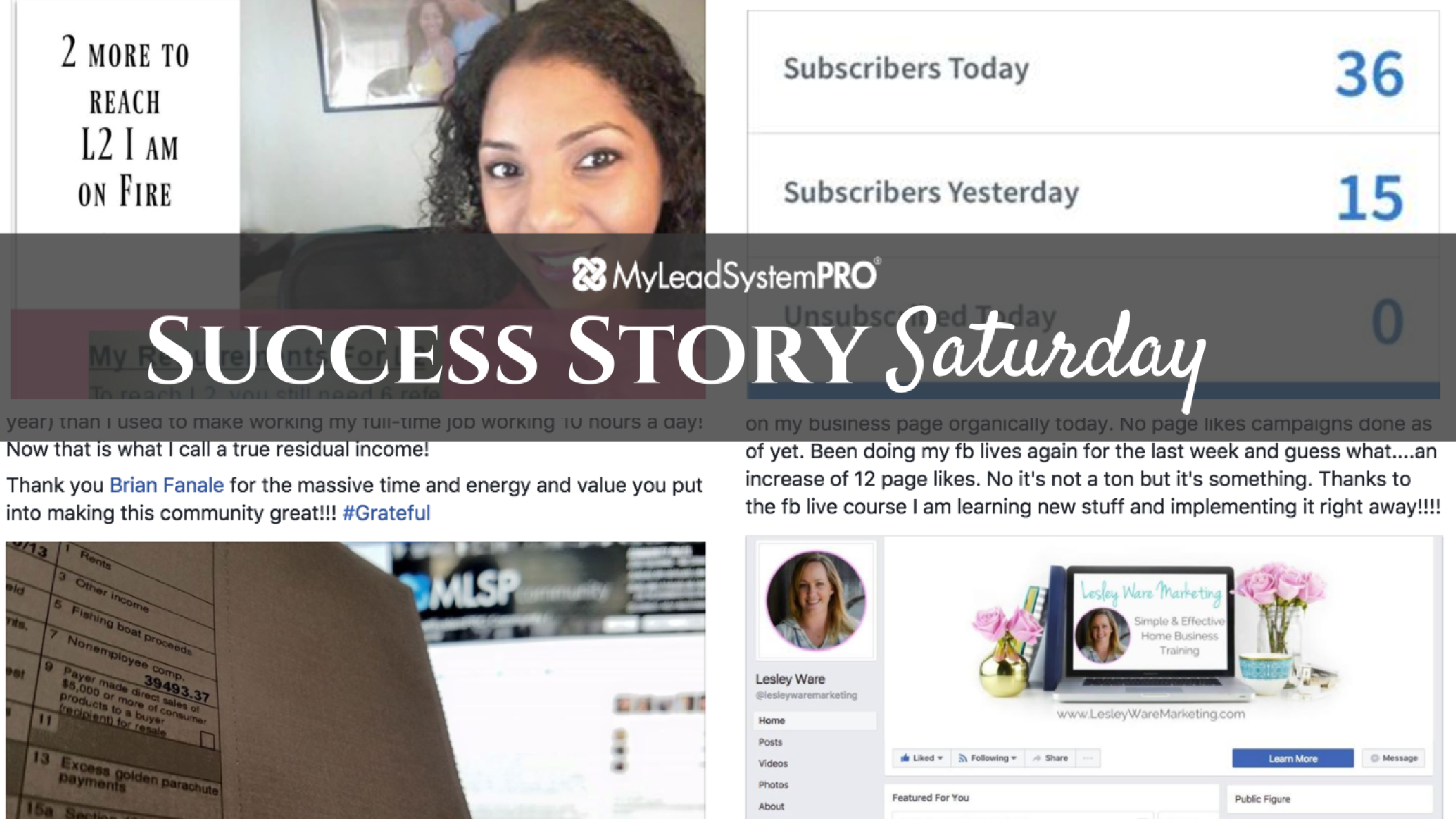 In his success story post inside the community this week, Brian Garcia says right off the bat that he's “not one to be “flashy” and take pics of piles of Benjamins like he's in a music video.”

And he's right. This guy is a class act inside our community. But he had a great reason to let everyone in our community know about his $1000 day.

“I do think that it is important to let new people in our private MLSP community know that the Laptop Lifestyle IS possible and MLSP DOES pay great affiliate commissions.”

You'll want t make sure you read the second paragraph in his post because it's golden and should NOT be ignored.

“I just got asked by a couple people what I charge for social media set up!”

The kicker is what Jenney Grover said next: “Hadn't thought about using my skills that way.”

What you're learning while building your business, and here at MLSP is the stuff that everyone wants. And best yet, they'll pay you to do it for them!

“Now I'm ONLY speaking to people who actually WANT my help!”

Alex Ford says that this is “SOOOOOO different than before”.

As you'll see in his Success Story below, he took a quick and simple idea from our top affiliate L7 Diane Hochman, applied it to his business, and now he'd avoiding long drawn out conversations with the tire kickers.

BEST YET… he's getting better results. You'll want to read to see what he's doing and maybe apply it yourself.

Pretty insane what a small little twist in your marketing, from a LEGEND of the industry will do.

Keep up the great work Alex, and thank you Diane Hochman for being such a great leader to our community!

“Wow, having an awesome day!”

When you get 32 subscribers in one day like Daria C. Jackson – Legagneur did, you'd think it was an awesome day too.

The funny thing is that when you see the screenshot below that she shared in her post to the community, she had an even better lead day… the day right before!

“I like where the 10K Kool Cats hang out”

We're glad to see that these go-getters are enjoying the fruits of their labor too!

“I made more last year with MLSP (only putting in about 10 hours of work all year) than I used to make working my full time job 10 hours a day!”

Aron Parker is feeling grateful. And so are we to have him in the MLSP family.

This guy shot thru the rankings of MLSP lightning fast. Our heads spun, and it was all from grit and determination.

He's always in the community cheering others on and helping everyone out. Helping scores of people get to a point where they can also make more with 10 hours of work than most make in a year!

“Just started in this wonderful community and already received my 1st lead!”

Anthony Burgos is on his way to some great things.

That first lead feels darned good, but the ones that he'll start earning consistently will feel great too!

Especially the ones that lead to his first commission! 🙂

“Received my first PayQuicker payout with a comma in it today… after just shy of 4 months in my membership!

Let's save you some scrolling time. That payout was for $2412.50 That's what the aptly named Antonio Starr earned in 4 months at MLSP.

And we like the go-getter attitude this guy has: “I'm eyeing the 10k Club but for now I am basking in the accomplishments.”

We've got a pretty good feeling that the $10K Club is gonna have a new member quite soon.

The Rachel's showed us some stuff that probably shouldn't have been put out there for FREE online. They revealed it all right on our MLPS Training Webinar on Wednesday Night!

What Steve and Lanacia Rachel teach about FB LIVE works like crazy, and crazy fast.

Danielle K. Howell found that out quick. But ONLY because she applied exactly what she'd learned.

You'll want to read the little trick that Danielle used to make that happen,

And if you're interested to find out how to do the same kind of stuff you may want to check this out! 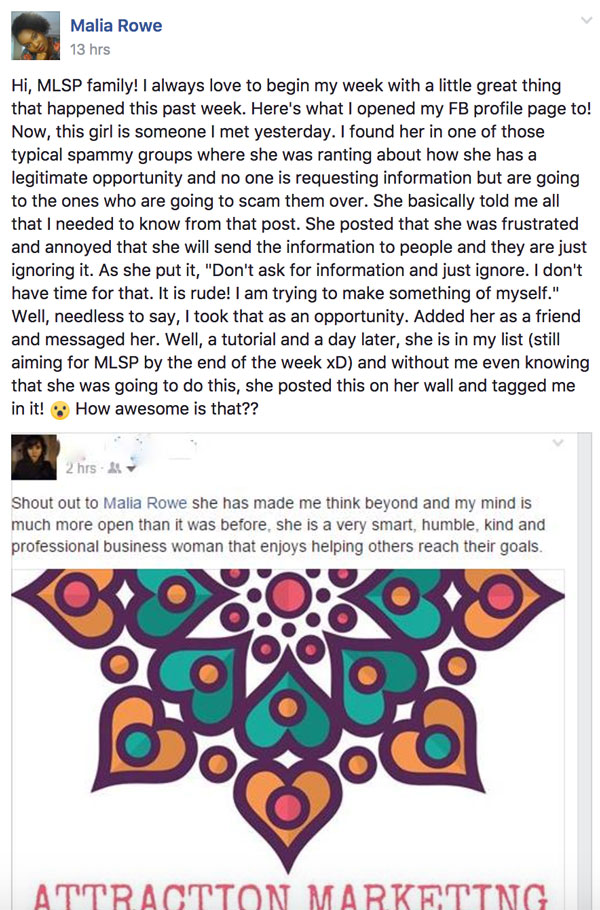 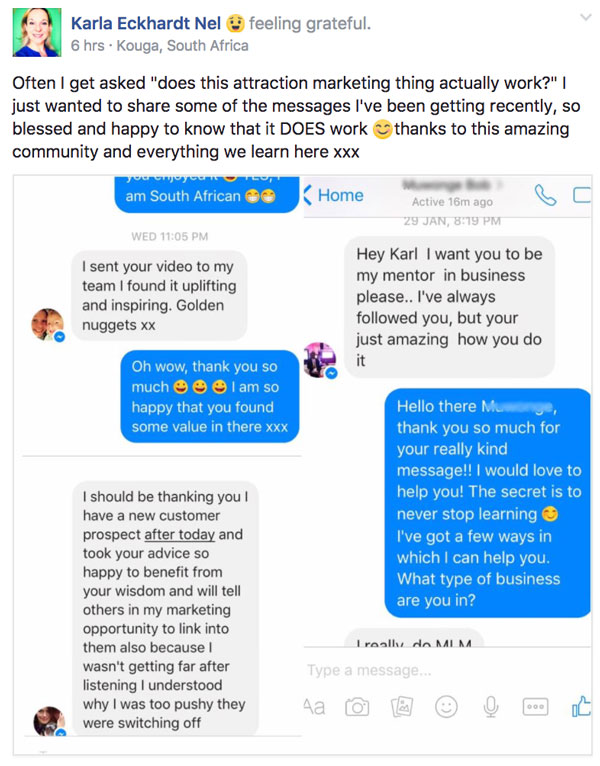 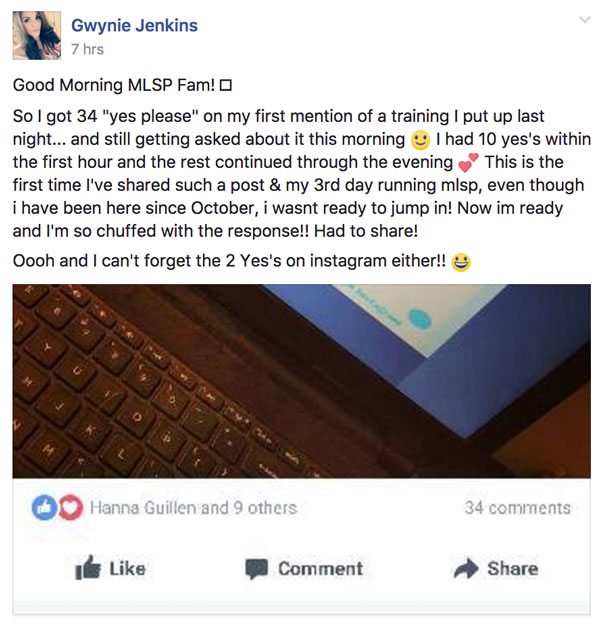 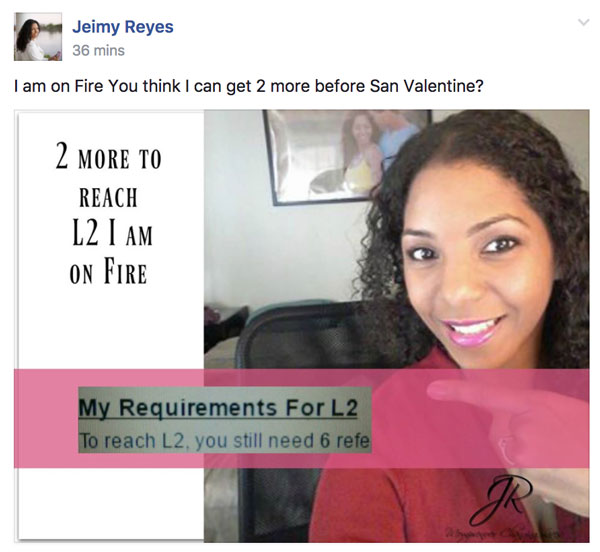 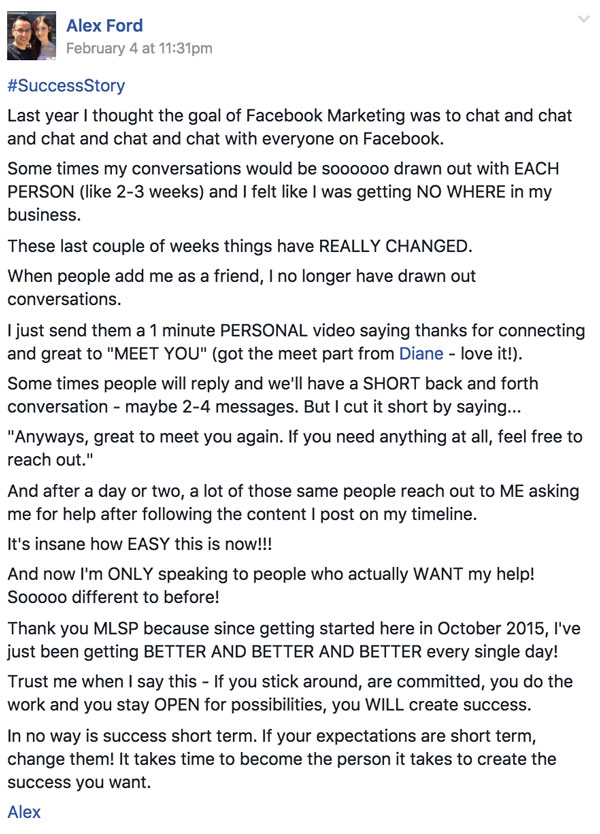