Providing Entrepreneurs with Innovative Solutions, Tools, and Trainings to Brand YOU and Take YOUR Business To the Next Level Since 2008
Menu
RISK FREE TRIAL
Home » MLSP News » MLSP Reviews & Results » [Success Story Saturday] “I Connected with 11 New Prospects, and Had a Sign Up Call Today!” 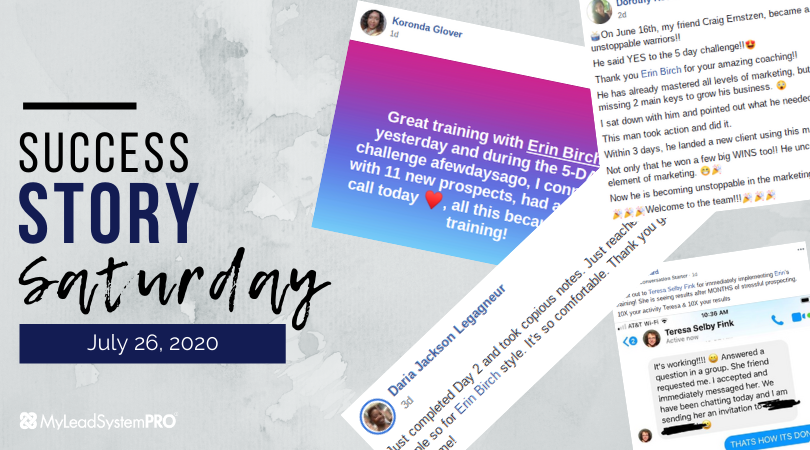 This is how quickly things can work when you're following the right formula!

Shout Out “Yesterday we created a strategy to build and grow her FB Group, and today she has 20 new members in less than 24 hours.”

Masha Wagner wasn't messing around when she said she wanted to grow her Facebook group.

She immediately took swift action and 24 hours later that group had 20 new peeps.

That's what taking action will do for you. And Masha is definitely proving herself to be an action taker…and a major coming force in the industry!

Because of that she got a big ole shout out from MLSP rockstar Lindsey Sewell in the private FB group!

Shoutout! “Within 3 days, he landed a new client using this method.”

Already a well-rounded marketer, he added this strategy to his arsenal, took action, and got a quick result.

He also got a nice shout out from MLSP member Dorothy Rotondo inside the private MLSP FB community.

“Right out of the gate on day 1, I booked 6 new sales conversions for my core offer. 1 of them enrolled this morning into my $3500 offer!”

Kim Ward grabbed up a nice payday this week with a $3500 sale. And that was only one of the 6 who took her up on her offer.

Here's what Kim had to say…

“This would NOT have happened if I did not follow your instructions. I hopped on my sales call & she gave me her credit card over the phone after I served her so well.

“This group is worth the membership fee alone. Also throw in webinars that sell for you. Mind blowing!”

New member Joshua Jones was liking what he saw inside the MLSP Private VIP Group after joining this week.

We have a feeling this guy is going to be taking some swift action and getting amazing results!

Shout Out “She is seeing results after months of stressful prospecting!”

She grabbed up a new lead to talk to her about her business, after answering a simple question on a post.

That's how easy it is when you know the right things to do.

And now Teresa is seeing that prospecting does NOT have to be stressful. In fact when you use social media marketing the way Erin spells out…it's even fun!

MLSP leader Ron Gelok was pulling in leads and sign-ups like crazy this week.

This guy is always a go-getter and huge contributor to the MLSP community.

And as you'll see in  his success story post below…yes, that ad campaign was working!

Check Out the Screenshots from These Awesome Success Stories and More Below! 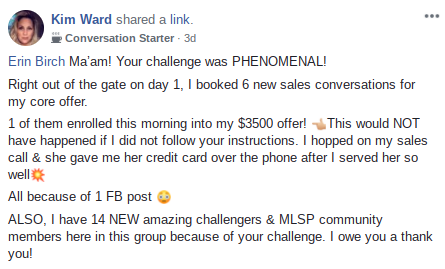 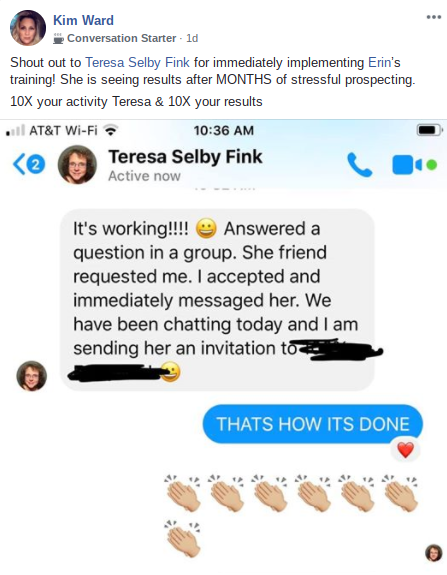 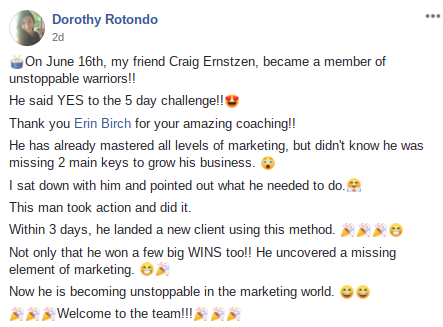 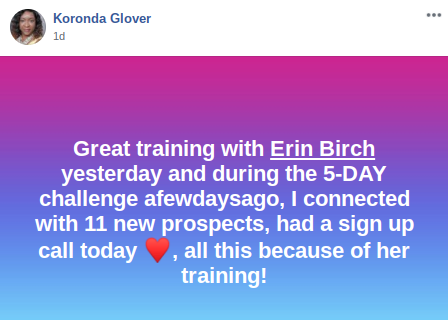 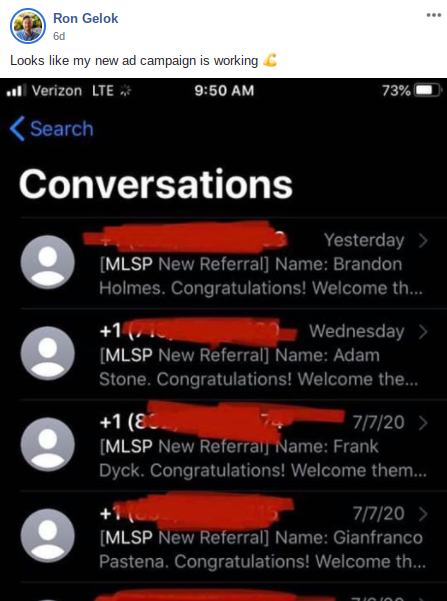