Providing Entrepreneurs with Innovative Solutions, Tools, and Trainings to Brand YOU and Take YOUR Business To the Next Level Since 2008
Menu
RISK FREE TRIAL
Home » MLSP News » MLSP Reviews & Results » [Success Story Saturday] “I Hit a Whopping $1500 Commission in MLSP, Simply from Doing What is Taught!” 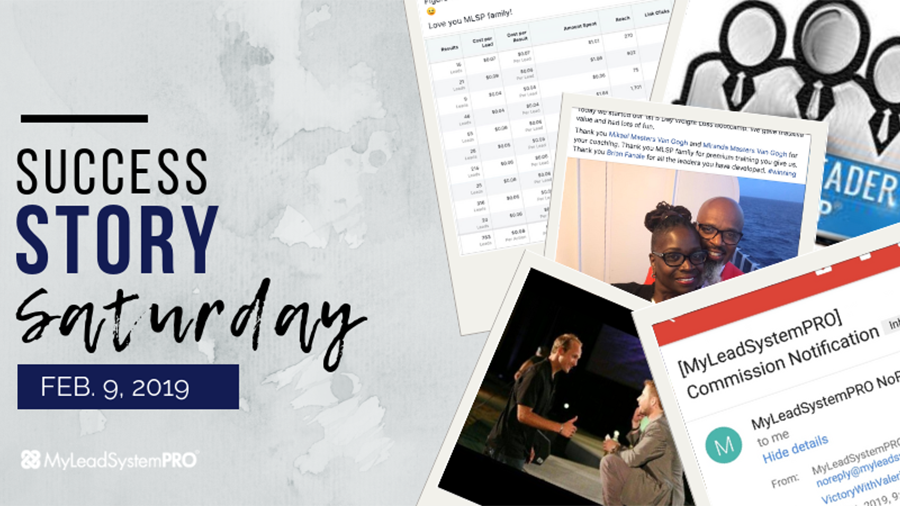 Valerie Lewis woke up to a big ole commission from MLSP this week.

This is possible for YOU with the MLSP affiliate program as well!

MLSP L5 Leader Keysha Bass had no prior marketing experience when she got started here at MLSP. And now she just hit 1 million views because of her YouTube marketing!

“Thank you MLSP! In 2008 I started doing YouTube videos with my Blackberry. I would do a million takes before I was satisfied with what I created. Fast forward and today I just hit 1 Million Views!…My life has sincerely changed because of this community!'

Keysha now helps tons of brand new members get started off on the right foot every single Monday evening on her Monday New Member Orientation.

So proud of this amazing leader!

So back in May of 2018, Bennet Watson had a strategy session with MLSP Coach Steve Krivda.

And in Steve's words: “Since then, he's been putting in the work and keeping consistent. He's made several sales and just hit L2. Congratulations. He just staked his claim on L4. I believe it!”

Looks like Bennet has been a man of his word so far, and no reason not to believe him now!

That's what having a great coach like Steve will do for ya!

And that's what being an action taker will get you!

Boom! MLSP superstar and FB Ads superstar Antonio Thompson is smashing it out of the park with Facebook Ads once again.

He had some killer advice for the rest of the community inside the MLSP Private Facebook group this week!

“When you're clear on your audience and you have an offer that they actually want, you can crush it with Facebook Ads.”

You can see the rest of the advice he gave on his screenshot below, and put it into immediate use!

“People now reach out for help after the first message and I have 90 plus messages to respond to!”

Boom! If you've been paying attention to the MLSP Success Stories then you've seen that Ian Tolson has been killin' it with his business.

He gave his own shoutout to MLSP CEO Brian Fanale this week for his copywriting course and his meditations inside the MLSP back-office.

“Dear Brian Fanale. You are the Tony Robbins of my life! Listening to your for over 30 hours at this point, still using your Copywriting course that was paid for over two years ago. Every LIVE funnel and offer made is done with some quick daily study of the power words and reviewing the 12 human needs which have resulted in Leads!”

We love watching this guy's continuous progress week after week!

“Omg, I just the technique in just “Start Here” Step 3, and I have a hard time keeping up with all the responses!”

Timothy John Neyers found out what a lot of new MLSP members quickly find out as well.

That when you just follow the simple steps laid out, you can start getting leads through attraction marketing very quickly!

This is exactly what Timothy did this week, and now he can't even keep up! (Hint: That's a good thing!)

“I've been using the system for a week and so far I've been getting quite a few responses!”

It's only the beginning for KJ Reynolds, and already things are shaking into place!

See the Actual Screenshots from All the Amazing Success Stories Inside the Private MLSP Community Just This Week! 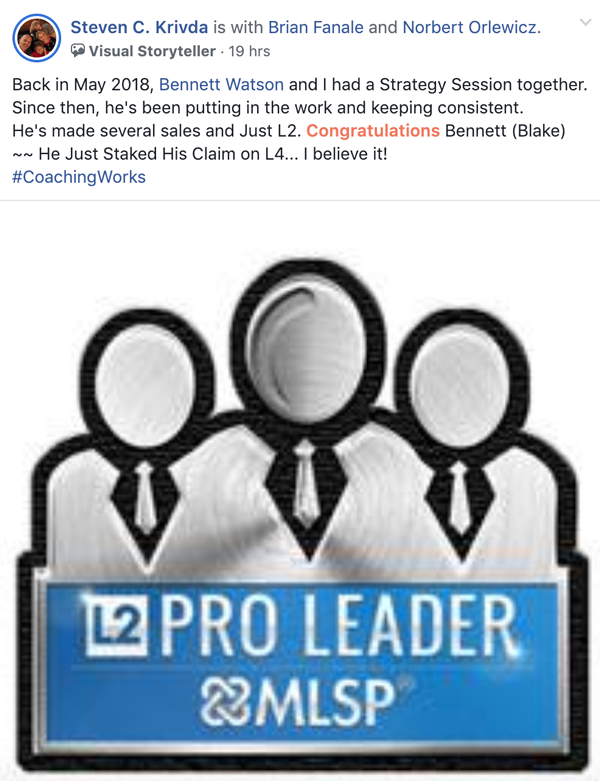 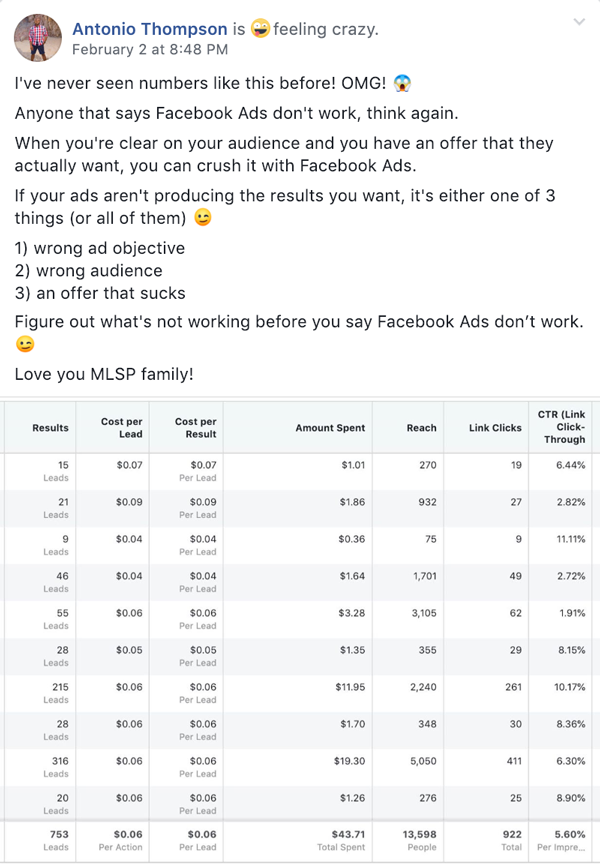 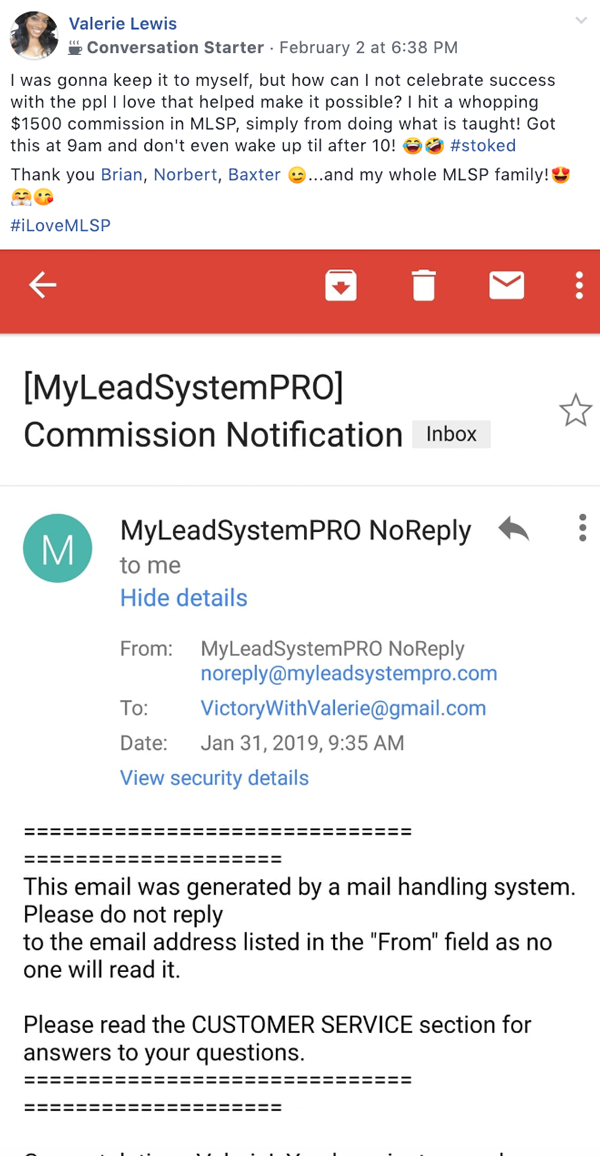 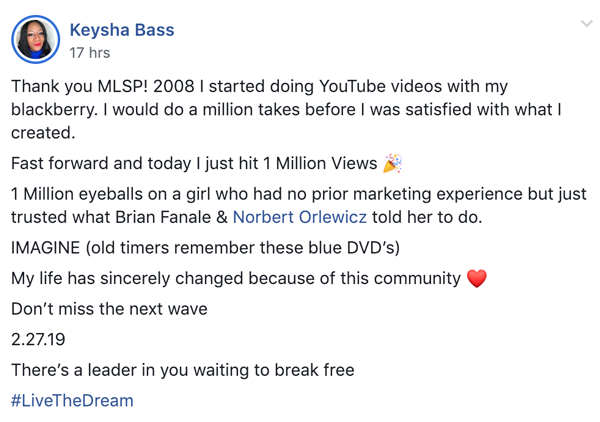