Providing Entrepreneurs with Innovative Solutions, Tools, and Trainings to Brand YOU and Take YOUR Business To the Next Level Since 2008
Menu
RISK FREE TRIAL
Home » MLSP News » MLSP Reviews & Results » [Success Story Saturday] “I’m Super Excited Today. This Is My First Lead Ever OMG…Soon I’ll Be Able to Quit My Job.” 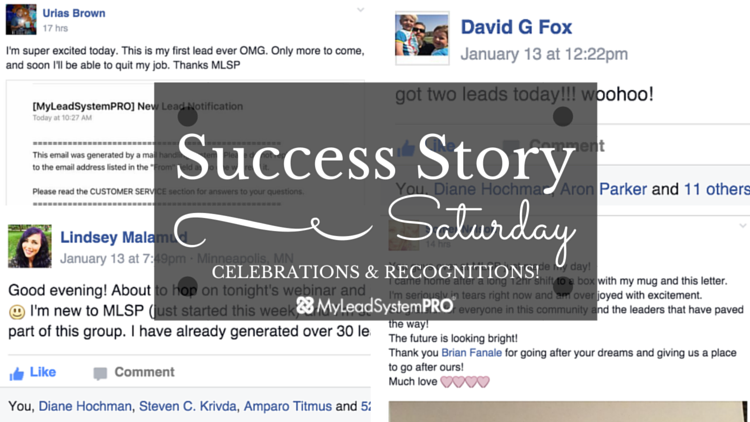 Just like Urias Brown, who we're sure will be able to quit his job if he keeps up the good work (maybe sooner than he thinks)…

Monique Mo' Love Bradford is feeling that same excitement as you'll see below.

Loads of people taking their futures into their own hands and hopping on board the MLSP freight train toward financial freedom. That's what's going on.

And that decision is paying off.

L1 Somer Nelson made this decision a while back and now look. She just received that awesome letter in the mail that let her know she just hit L1 (Which many say is the hardest one to hit. P.S. Great job Somer!).

Now she's got a new MLSP coffee mug to sip out of while she's burning the midnight oil… after long days of work… to keep barreling down the path to success with her biz. We're loving watching it happen right before our eyes.

As you check out these success stories below, as well as the others, just know that YOU have the same opportunity as they do to break new ground.

Will it take sacrifice? Yup! 12 hour work days aren't fun, but the only way to ditch that grind is by putting in the extra hours once you're home. Somer's seeing a bright future because of that.

Do what it takes now to push the boulder up the hill, so you can enjoy the downhill coast once you're there. Click To Tweet

Did we mention that Brian Fanale has a new admirer in Helene Mearing? Then again who doesn't love MLSP's head honcho and his Copywriting Mastery Course?

Check Out These Awesome Success Stories Below… 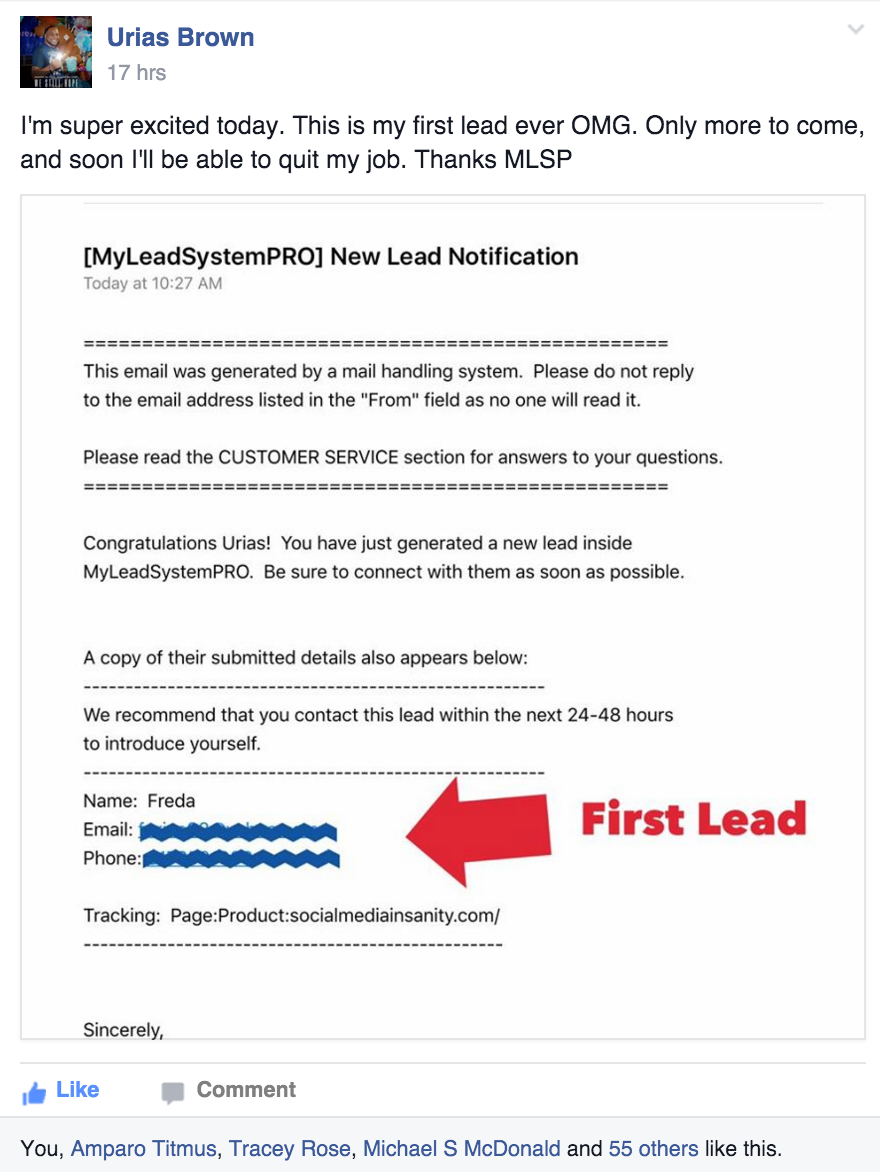 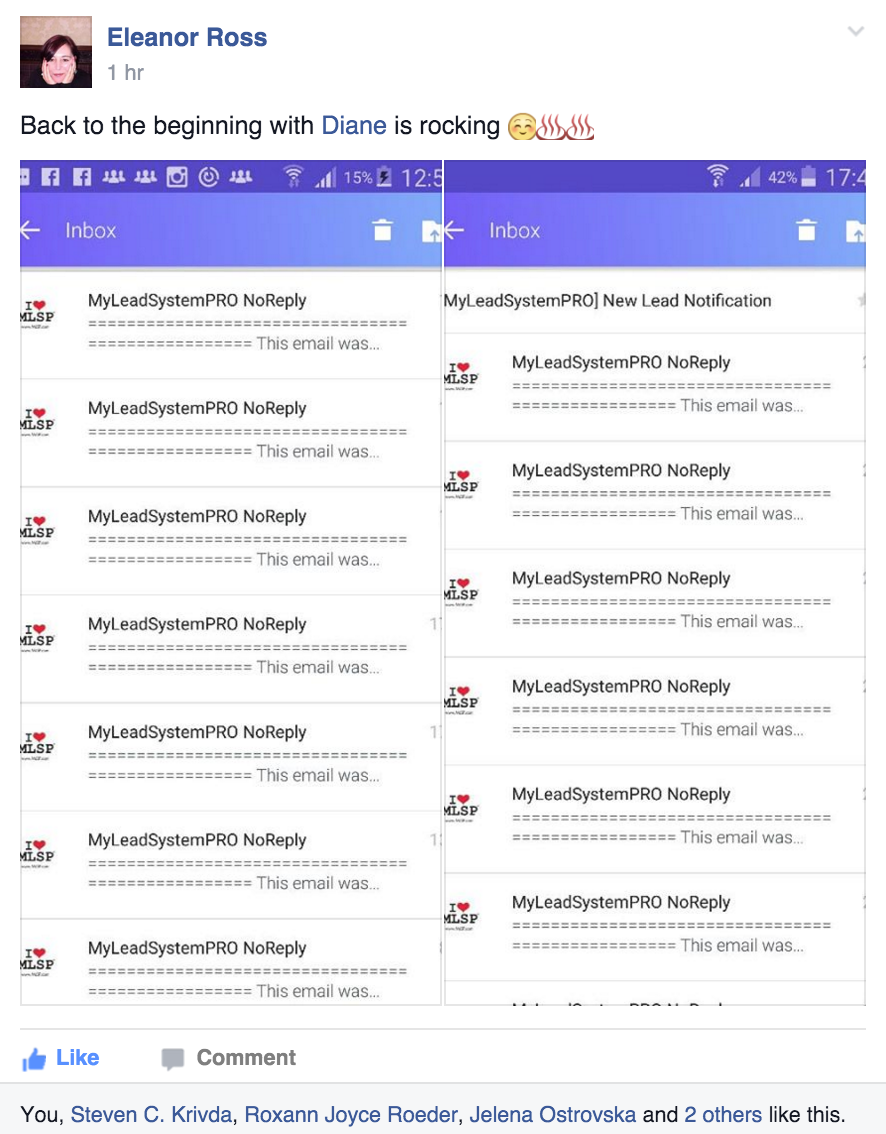 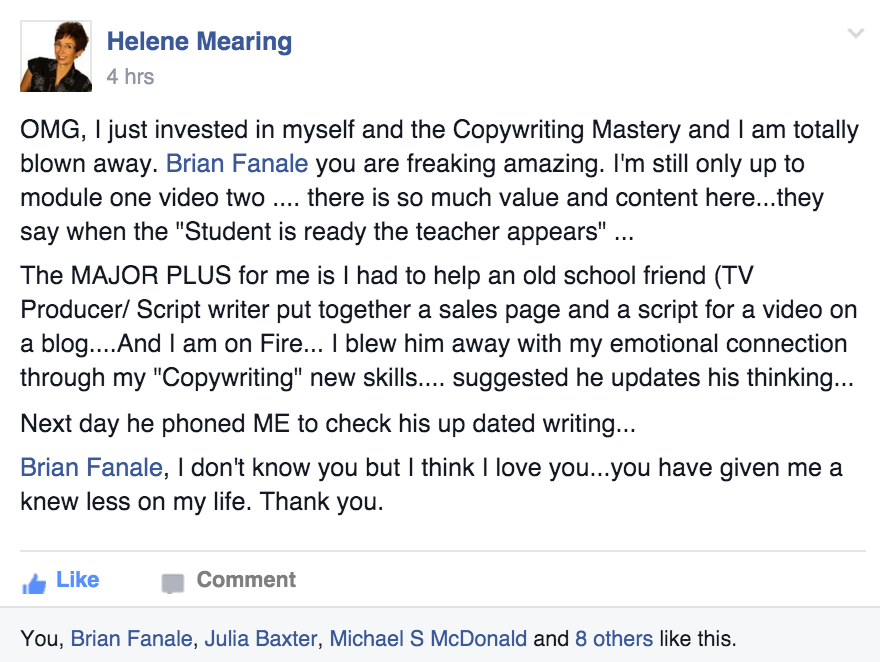 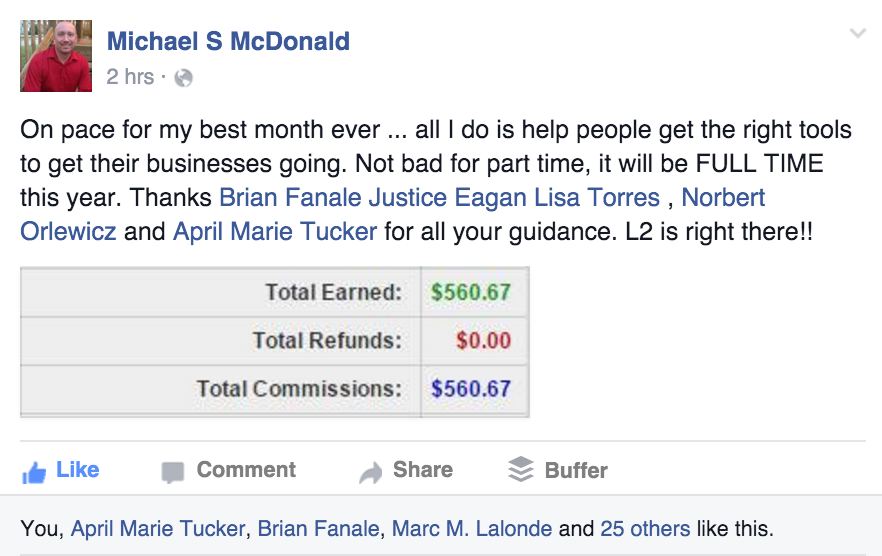 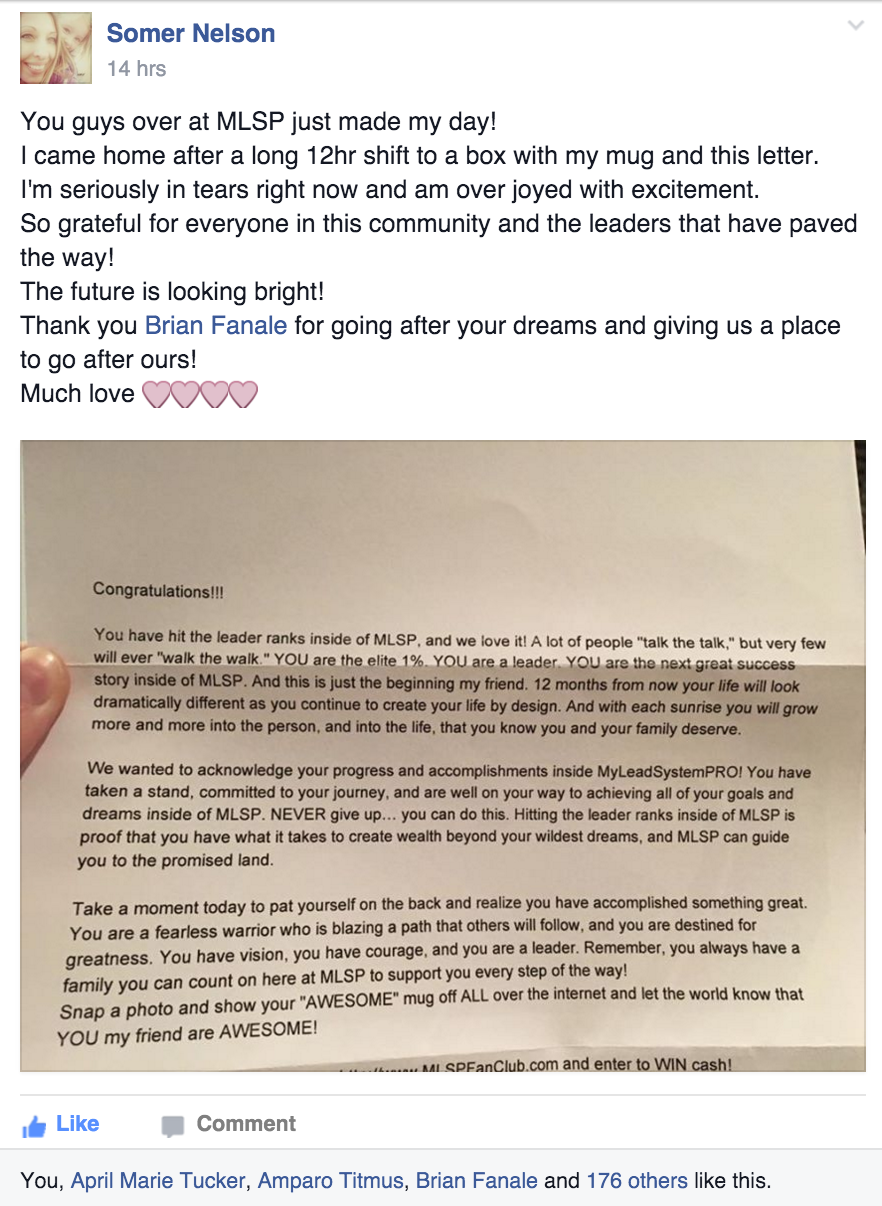