Providing Entrepreneurs with Innovative Solutions, Tools, and Trainings to Brand YOU and Take YOUR Business To the Next Level Since 2008
Menu
RISK FREE TRIAL
Home » MLSP News » MLSP Reviews & Results » [Success Story Saturday] “This Is More Than Just My Business. My Kids Love What I Do and Are Proud of Me!” 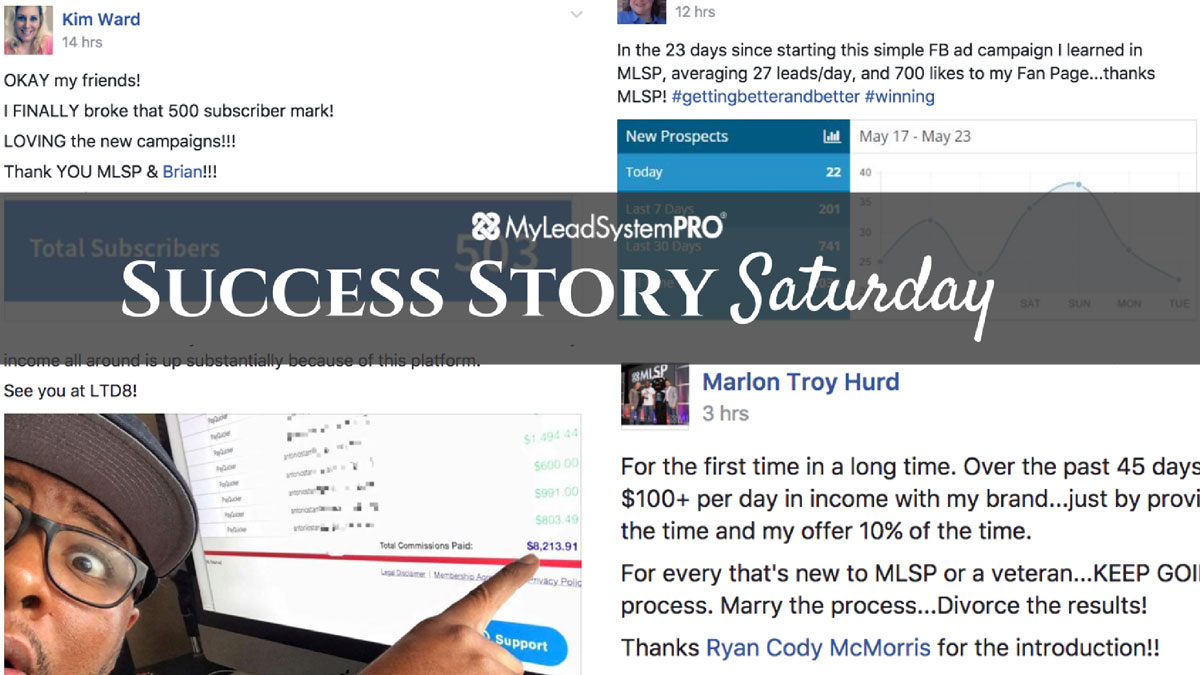 MLSP was built so that we could help people get back to their family. And when it gets recognized by your family, it beats any dollar amount you could ever earn.

Here's what Candace Bui-Walston shared this week that makes our hearts sing with joy for this awesome lady:

“Do you know how it feels when I told my daughter I got another sign up tonight and she told me “Mommy, you got 4 sign up in less than a week. You rock and that means you are L3. I keep track” and she believes I could reach L4 before LTD8!

That post this week is the epitome of what we're all about.

Great work Candace! It's not nearly as cool, but we're super proud of you as well 😉

“This week alone I've added over 200 fans to my page…compared to two weeks ago when I was barely adding 50-60 people with a like ad-campaign.”

What was the difference between last week and this week for Jelena Ostrovska? A training she watched with our very own FB gunslinger Jesse Jameson!

Not surprising that Jelena would go on to say “I gotta say, I love Facebook advertising. This is seriously #AudienceBuildingOnSteroids!

“I sent my Aweber broadcast out & just had my highest open rate ever!”

Kim Ward is getting better and better. The proof is in her success story this week inside the MLSP Community!

Clint Booker had a good day this week, and we're so glad he let us know about it.

He thanked MLSP. And as always we deeply appreciate it because it's awesome to see that our training is helping people like Clint change their lives.

But what's important is that Clint needs to pat himself on the back, because without him taking action, all the training in the MLSP back-office doesn't mean squat!

Keep up the hustle Clint! You're doing an amazing job sir!

Facebook is heating up this week, due to some awesome MLSP go-getters getting in the game.

Ricky Borrows is clearly a man of action inside the MLSP community, and now he's taking one more step.

We love watching this guy go!

Looks like Antonio Starr has one foot in with the “cool kids!”  Then again, this guy is already cool, so he'll fit right in. Only he'll be $10K richer. 🙂

But here's the coolest part. Here's what he goes on to say:

“It's only been a few months since I started my membership!” BOOM!

This dude is on fire! Oh and “L4 is just a sneeze away too.”

Watch out for this dude, and get in there and see what kind of stuff he's doing so you can start cruising it with YOUR business.

Marlon Troy Hurd is seeing the fruits of his labor! We've gotten to watch this guy take action inside the MLSP community, and he's killing it.

And he's so generous that he gave away a secret to his success. “Just by providing value 90% of the time and my offer 10% of the time!”

Read that over and over again, because it works like gangbusters.

“In the 23 days since starting this simple FB ad campaign I learned in MLSP, averaging 27 leads/day, and 700 likes to my Fan Page!”

Nothing Lisa Thompon accomplishes inside MLSP surprises any of us, or the community.

She's been going hard since day #1 it seems, relentless in effort. And she just keeps giving back to the community over and over again.

We're so glad to see this amazing woman #winning!

You're going to want to check out all of the Success Story Saturday images below, because people are smashing it out of the park, and leaving clues all over the place! 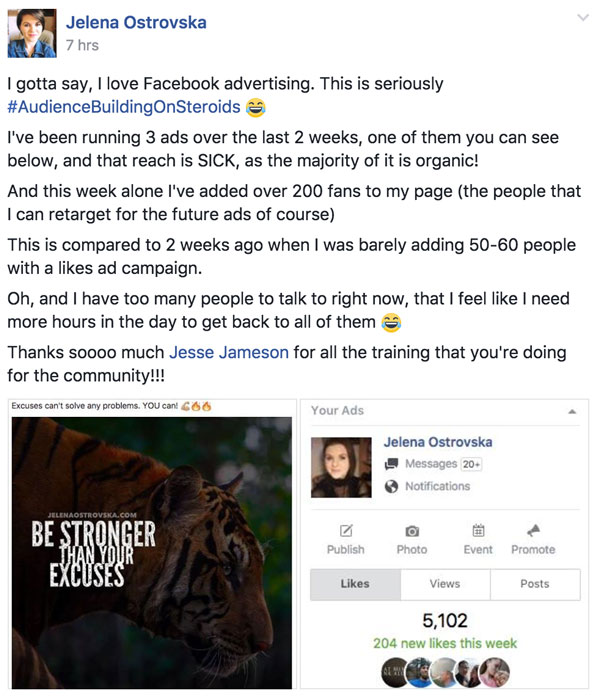 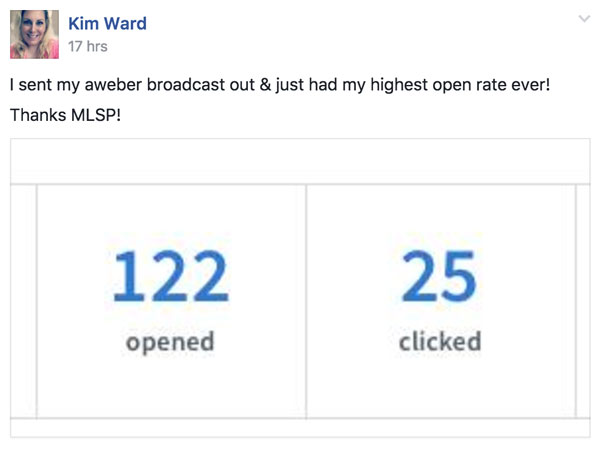 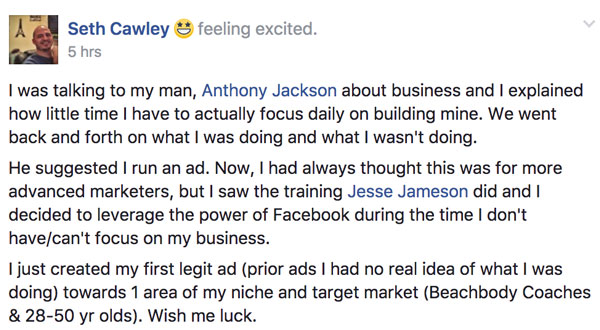 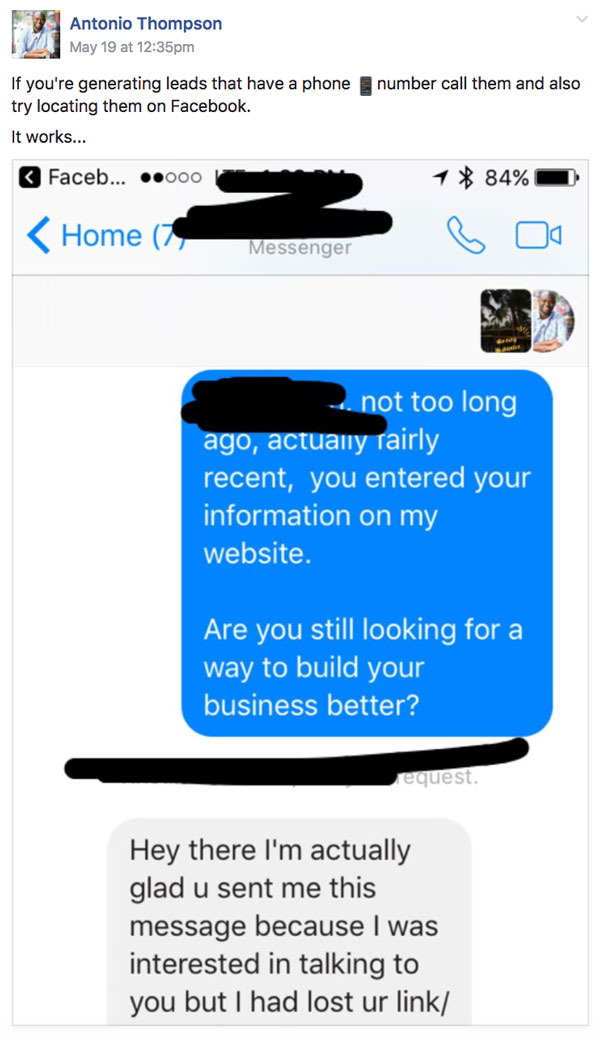 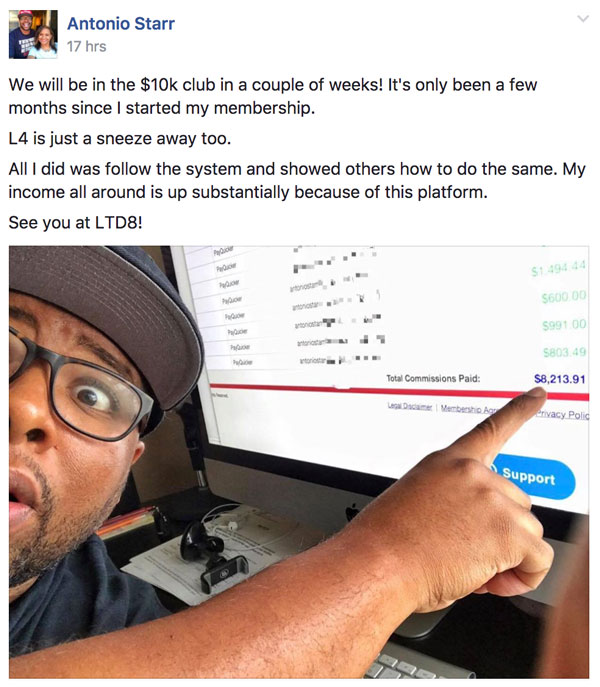 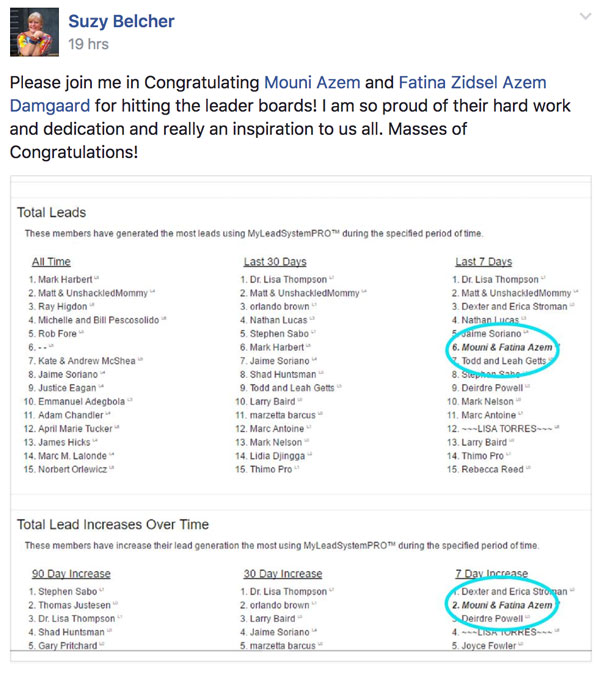 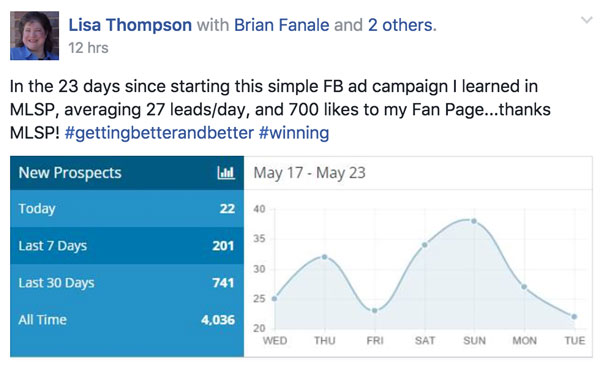 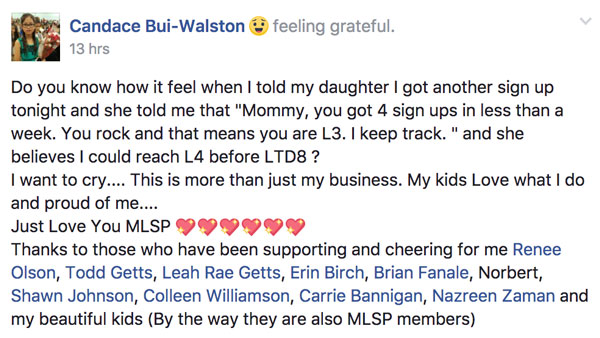