Providing Entrepreneurs with Innovative Solutions, Tools, and Trainings to Brand YOU and Take YOUR Business To the Next Level Since 2008
Menu
RISK FREE TRIAL
Home » MLSP News » MLSP Reviews & Results » [Success Story Saturday] “MLSP has played a huge part in helping me create this lifestyle of freedom… 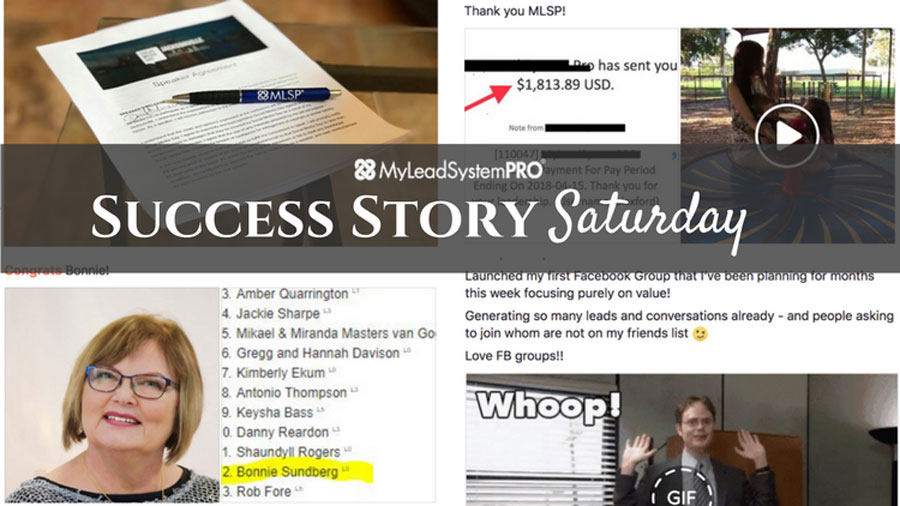 Kay Somji celebrated his 4th anniversary of leaving his job!

He went on to say:  “I've been able to create 6-figure businesses and travel 3-4 months of a year.”

He came into the private MLSP Facebook group to celebrate, and we're so glad he did!

But that's not the only reason he celebrated his anniversary inside the group.

“Today's marks the 4th anniversary of me leaving my job, and I wanted to celebrate with of you in here, inspire some of you who may be working for your breakthrough!”

It was a post that everyone working to live the dream should read!

Make sure you read it all in the success story screenshots below! Before you do…

“Generating so many leads and conversations already… and people asking to join whom are not on my friend's list!”

Emmeline Joy is quickly seeing results from the action she took this week.

“Launched my first Facebook group that I've been planning for months this week focusing purely on value!”

There ya go! See what happens when you go into action mode?

“Used one of Aron's tips for groups this morning and in less than 2 minutes had a lead!”

Reggie Pegues had a good week it seems.

“It was so awesome to hear my name and to see my post on the Wednesday Webinar with Aron Parker. I also took action during and had 5 lads and 2 people ready to take a test drive!”

Notice that he said DURING the training he got leads and sign-ups! That seems to happen often on MLSP Weekly trainings!

BOOM! Bonnie Sundberg got a big shoutout from Erin Birch this week.

“Bonnie I am so freaking impressed and proud of you!! You are truly a woman of action. You made a commitment to yourself to get better every single day and it paying off big time!”

We're proud of you as well Bonnie! Love seeing your name up there on the MLSP Leaderboards!

“It has not been 24 hours yet since yesterday's Webinar, and I got 22 comments on a post, and 7 leads. What? OMG this is crazy.”

David Hernandez is killing it with Aron Parker's training from last week!

This is what happens when you start adding attraction marketing to your marketing!

“I have had 12 comments in two hours on that one post. AMAZING.”

Ronnie Wright says he's never had so much engagement on a post before.

Could be because he also followed Aron Parker's training from last week!

“Two days and more than 60 leads. Isn't that amazing?”

These were the results with the MLSP system campaigns that she was using…you guessed it…Aron Parker's training!

“I woke up to 2 emails from MLSP that I have generated 2 leads!”

Rispah Jonsson “Did it again!”

There’s very few things that compare to waking up to leads. But only those who get to experience it understand how great it is.

“I simply implemented the steps taught by Aron Parker on a training I watched on Friday.”

If you're struggling the reason may simply be that word implement!

“Pretty cool waking up to a $1800+ commission payout day…and all you're doing is spending time with your family!”

As Alex Ford says “Not bad for a little “on the side” income that pays for all your advertising expenses.”

Not bad at all sir.

This guy is a workhorse and it's an honor to watch his journey inside MLSP!

“I am brand new (4 days) to MLSP and am super excited, I got my first lead last night! Yippee!

Nicole N Nolte should be excited. She's killin' it!

And she's definitely got the right attitude: “I look forward to learning everything ya know!”

We look forward to watching more success come your way… because of that attitude and willingness to take action!

Congrats on your first lead!

“This just happened. Signed speaker agreement for a social media conference in June.”

BOOM! Danny Monzon is quickly becoming the guy when it comes to teaching social media live!

This guy deserves it, and knows his stuff.

So glad to watch this guy kill it week after week!

Huge Congrats to the Success Stories from the Week Inside MLSP!

Be Sure to Check Out Their Full Success Stories Below! 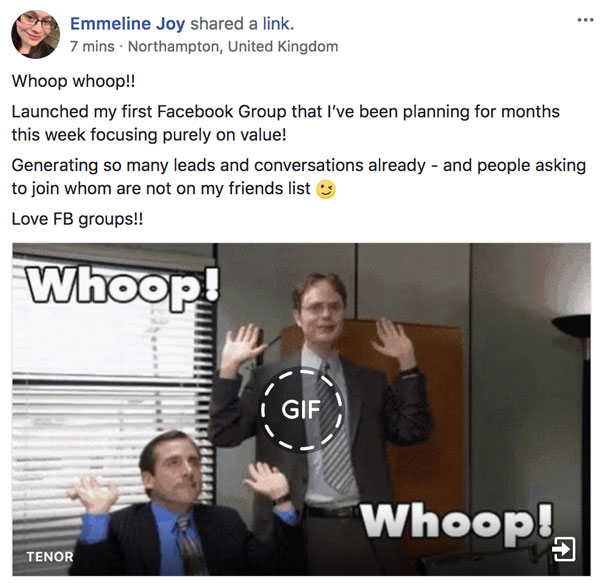 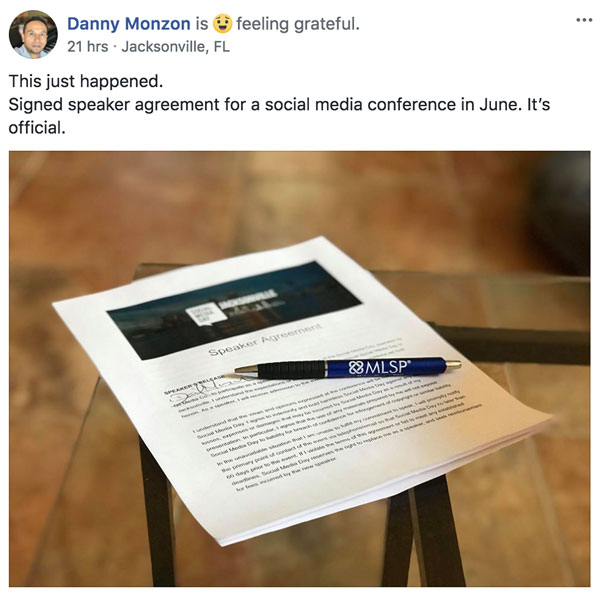 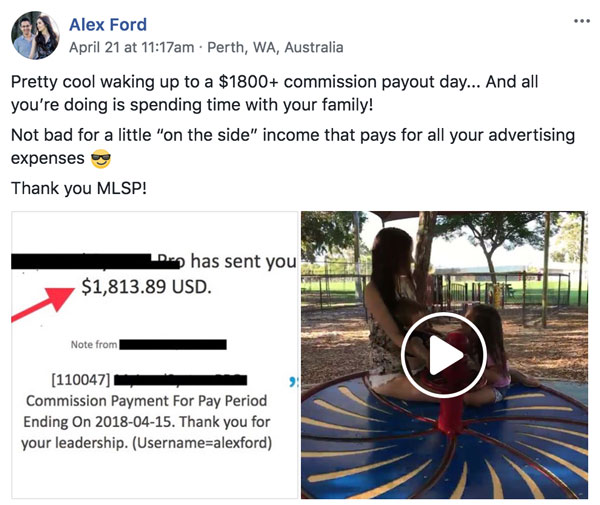 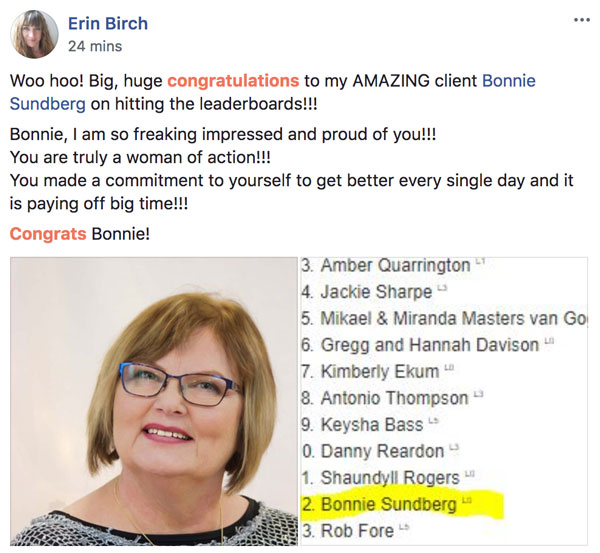 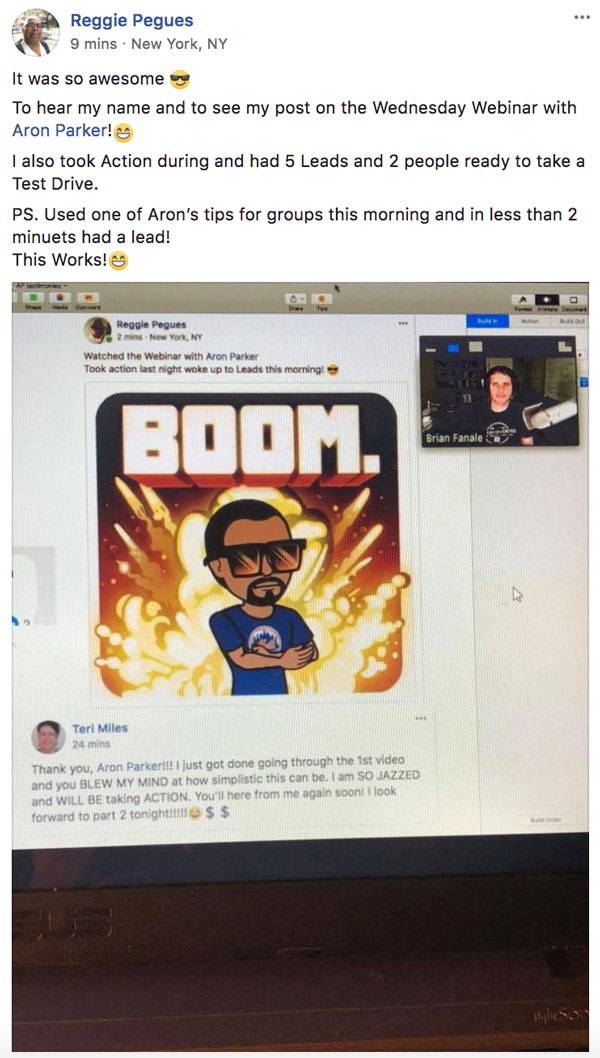 Previous Post
Powerful Blogging Tips for Beginners: Start Getting Leads, Sales, and Sign-Ups for Any Business with Your Blog!
Next Post
MLSP Week-in-Review: April 23, 2018