Providing Entrepreneurs with Innovative Solutions, Tools, and Trainings to Brand YOU and Take YOUR Business To the Next Level Since 2008
Menu
RISK FREE TRIAL
Home » MLSP News » MLSP Reviews & Results » [Success Story Saturday] LTD7 + New L6 Inside MLSP + Tons of New Leaders Emerging = A Heck of a Week! 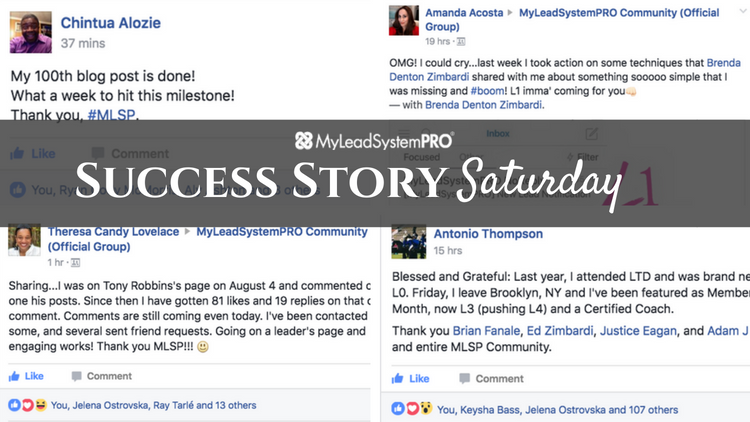 We're getting ready to kick off ‘Live the Dream 7'! Our annual event where we get together, celebrate, and watch breakthroughs happen.

Which is why it's our favorite time of the year!

Every single year after this event, we get to watch new leaders begin to emerge. Clarity seems to happen at these events. A fire inside the belly gets lit, and people go on to…well…live their dream.

Maybe it's because of the face-to-face time that you get to have with these leaders that you've been looking up to for so long.

Only to realize that they're just people like you. Not celebrities. Special yes, but no more than you. They've got families, lives, worries, and have suffered heartache. They're essentially your peers.

Only difference is that they've put in the work, stepped out of their comfort zones (multiple times), and took the actions that matter… to get them where they're at today.

That's what you learn at these events. When you see it face to face something magical happens. You realize that you can do it too!

We've Got a New L6 Leader Inside MLSP…

April-Marie Tucker found herself inches away from L6 a couple weeks ago. She was there… knocking on the door. But it was going to take some buckling down to make it happen.

To cross the threshold!

And that's exactly what she did.

With more than a few sleepless nights, hitting the phones, creating webinars on the fly, creating a package with insane value as incentives, and leading prospects by example…she hit her goal, and solidified herself as our newest…and only 5th ever L6 leader.

Congrats April! We know you're gunning for L7 now! Can't wait to see it happen!

His Story Just One Year Later Will Inspire You!…

MLSP member Antonio Thompson has had a massive year to say the least.

At this time last year (LTD6), he was at L0 leader level. Nothing wrong with that, we all start there.

However now just a year later, going into LTD7, he's been featured as MLSP Member of the Month, is now an L3 closing in on L4, and is now a certified MLSP coach. Whew!

What the heck is going to be happening with this guy next year at LTD8? Can't wait to see it!

It's a beautiful thing when you start breaking ground and getting engagement on social media. Theresa Candy Lovelace used a technique she learned inside MLSP and well…it's working!

L1 has just been officially warned.

Amanda Acosta is coming and she isn't playin' around!

Check out the lead & commission notifications in her inbox this week! L1 she's comin!

These success stories aren't just for your amusement and entertainment. They're to show you what's possible. What's in YOUR future if you take the steps to get there.

It's up to you however to put one foot in front of the other and start stepping toward success!

And every step on the way there counts. Every little success is a step in the right direction, and we love hearing about them in the community so we can share them here!

Can't wait to see YOURS! 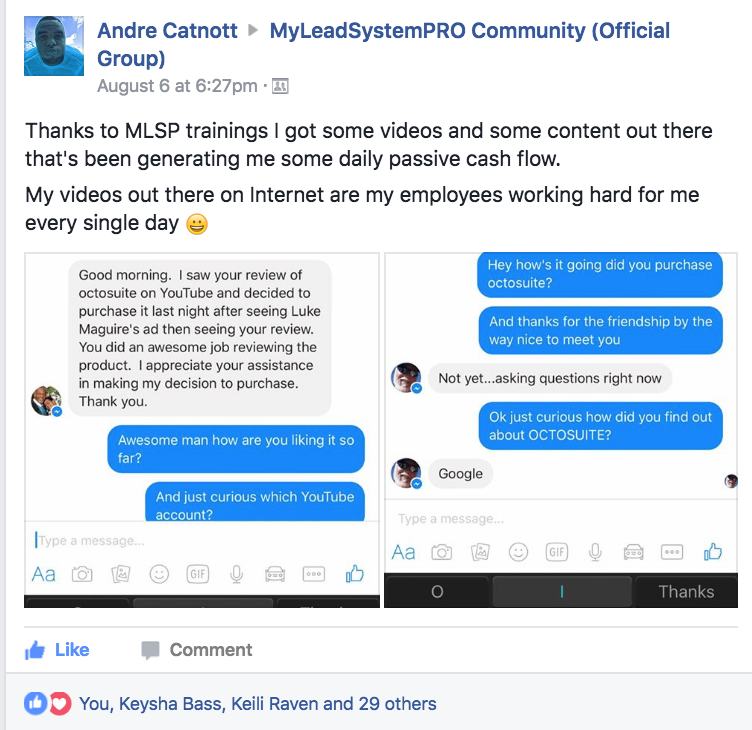 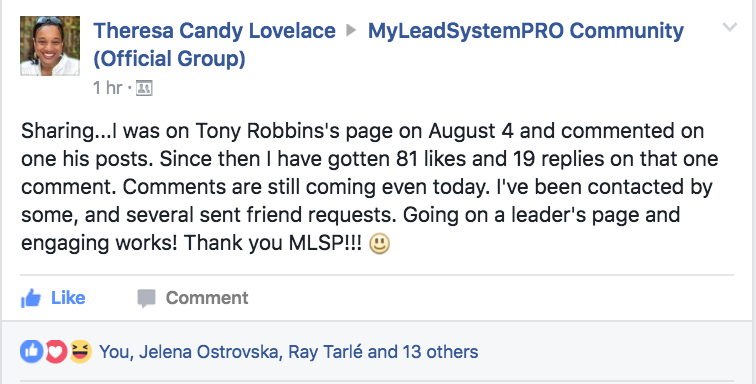 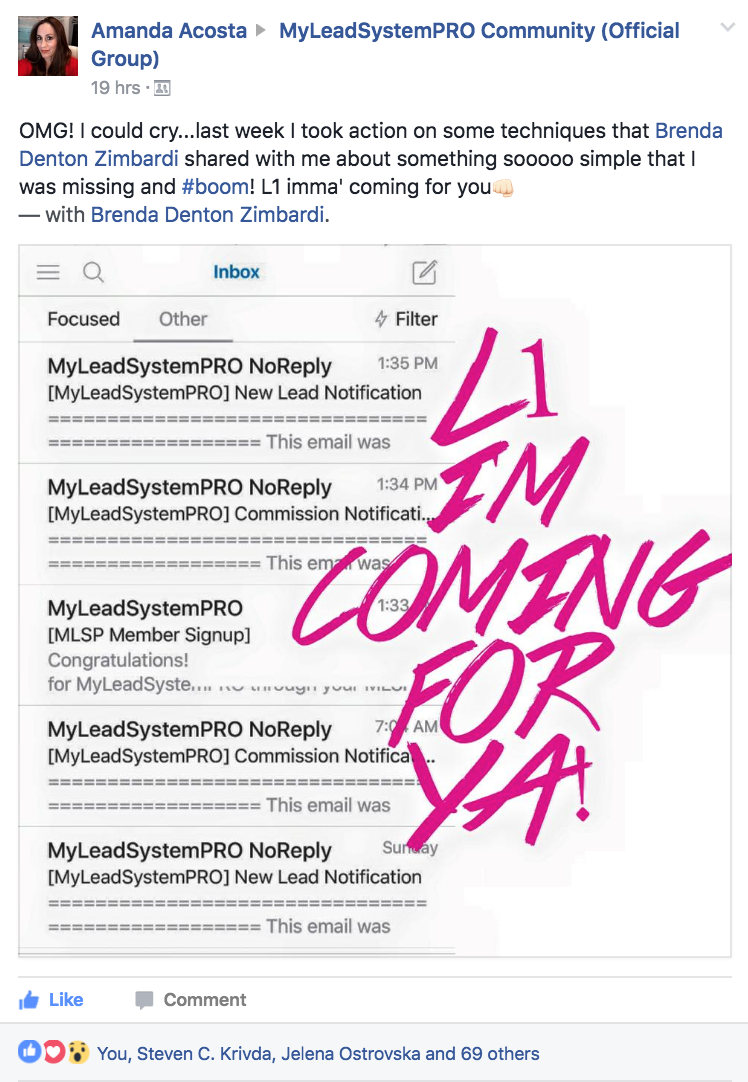 Previous Post
How to Go From Information Overload to Massive Action Mode in Your Business
Next Post
[Success Story Saturday] “4 Leads All In The Same Hour!?… Something is Happening and I’m Liking It A Lot!”