Providing Entrepreneurs with Innovative Solutions, Tools, and Trainings to Brand YOU and Take YOUR Business To the Next Level Since 2008
Menu
RISK FREE TRIAL
Home » MLSP News » MLSP Reviews & Results » [Success Story Saturday] 53 Leads in 24 Hours!!! This Community is a BLESSING! 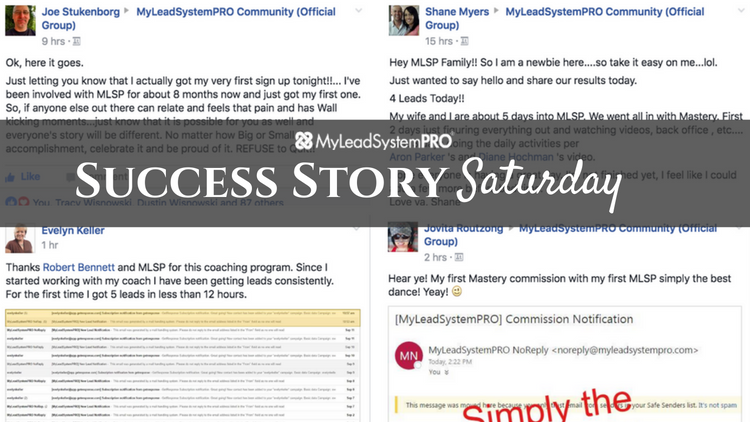 After grabbing up 53 leads, Joseph Walker said he's still in shock! Who wouldn't be?

Here's what's cool about his story though. He got those leads after releasing his first Ebook. He took action and then reaped some pretty immediate and serious reward for that!

This guy is a great leader in the making and you should be keeping an eye on him!

This is why people are joining the MLSP coaching program in droves. Because of results like these that keep flowing through the community.

MLSP member and coaching client Evelyn Keller just experienced a really cool thing this week when she pulled in 5 leads in one day. (Half day to be specific)

Even more importantly is that since joining up she's been getting consistent leads. That's the name of the game right there.

This coaching program is going to create massive amounts of leaders over the next months, and certainly the next year. Looks like Evelyn is on her way to be one of those many success stories. And we'll be watching that journey closely.

“My first Mastery commission with my first MLSP ‘simply the best' dance! Yaay!”

Opening up your email, and seeing a $100 commission is always an awesome time! Makes for a great day.

For sure Jovita Routzong will be doing that dance quite a lot! She's on the move and she's doing it the right way. By celebrating! Better get your dancin' shoes on there Jovita! You'll be cuttin' the rug a lot!

“I already have New Subscribers to my newsletter and New Leads!!”

You won't soon forget Ashley E. Greencorn's name! Not just because it's cool and unique, but because it's the name of an obvious go-getter in the MLSP community!

As you'll see in her story below, sure it took her a while to see all the value of MLSP. But the important part is that she saw it, and she's embracing it.

Often times those are the people who explode because they see what they almost let slip right through their fingers. Looks like that's going to be the case here!

Whoa! Talk about getting a jump on things. Shane Myers and his wife are serious. 4 leads in one day, just 5 days in, is pretty astounding wouldn't you say?

Here's something he said that's important:

“We went all in with Mastery. First 2 days just figuring out and watching video, back office, et. Last 3 days doing the daily activities”

You see they took the time to get to know the system, and the getting started instructions. But they didn't get hung up in learning mode!

They took action on what they learned.

This is vital. Don't be afraid to screw up. Just go and do your best and no matter how bad your first attempts are, it's the worst it will ever be. And after that, you'll get better and better. And that, consistently, is all it takes to become a huge success in the industry!

Now go do YOUR thing so we can see YOUR story here next week! 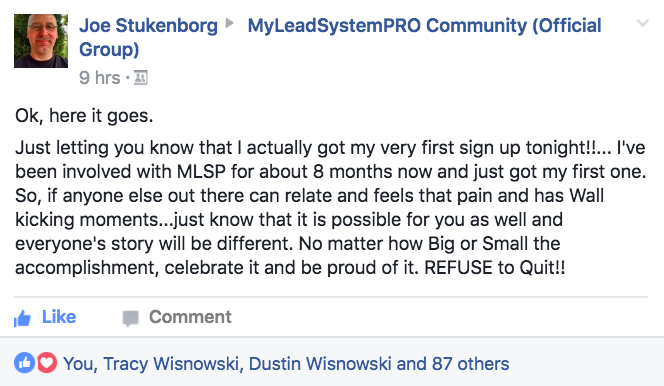 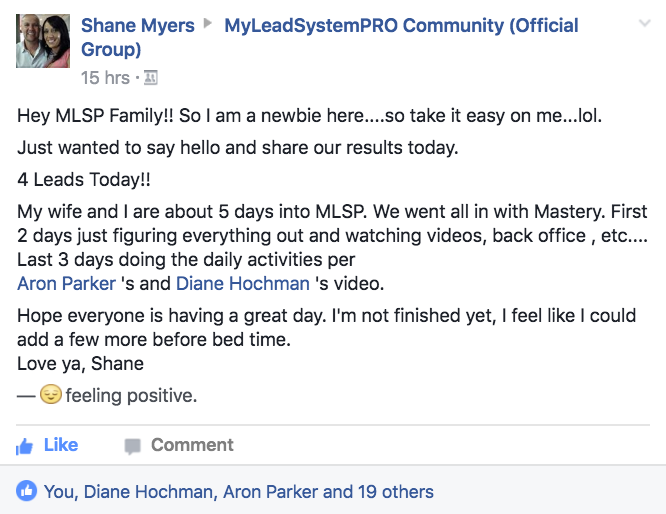 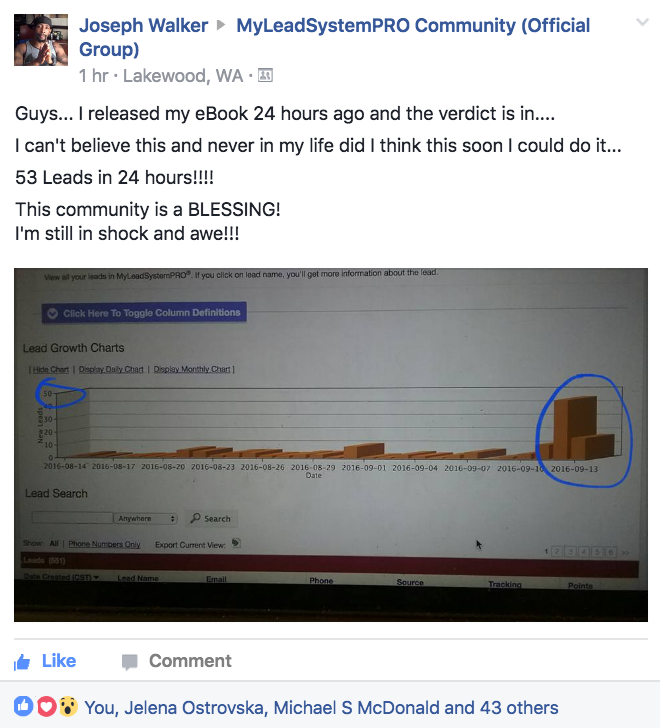 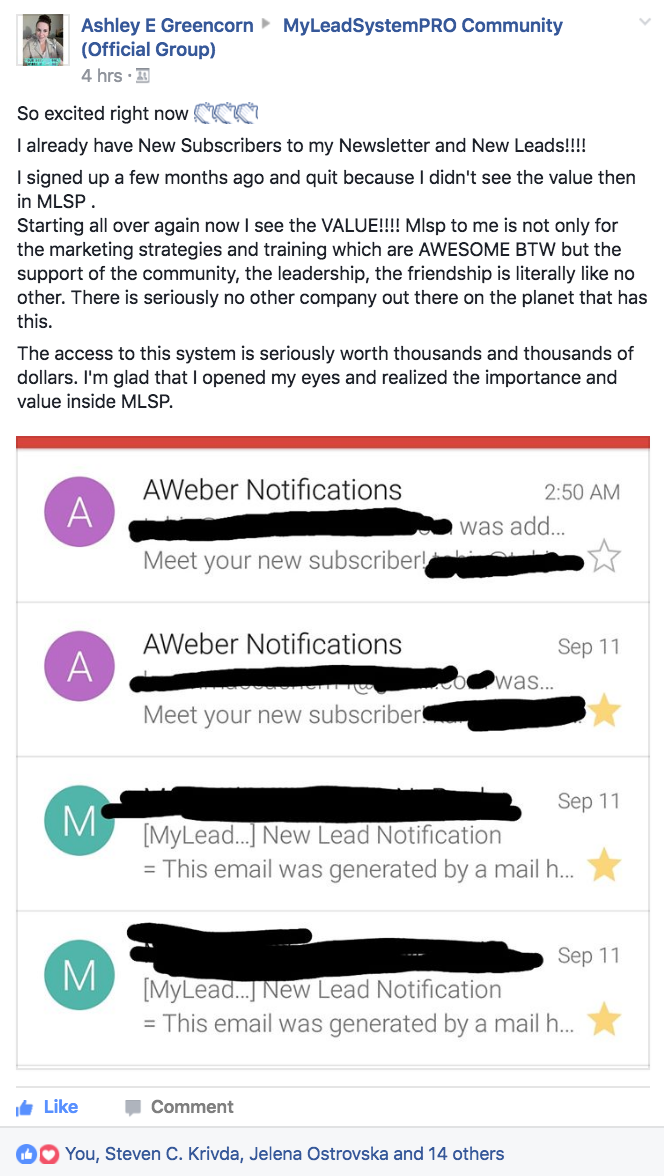 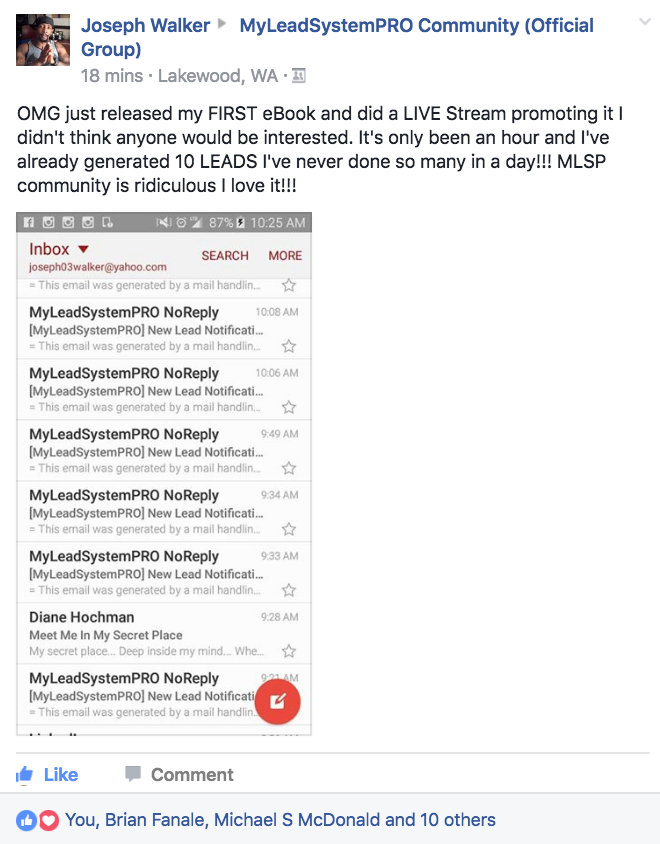 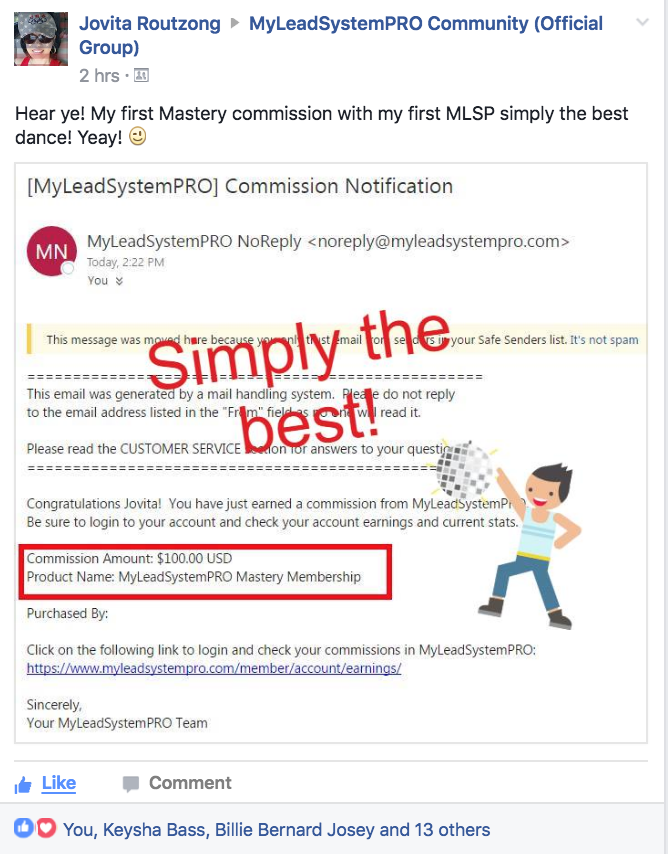 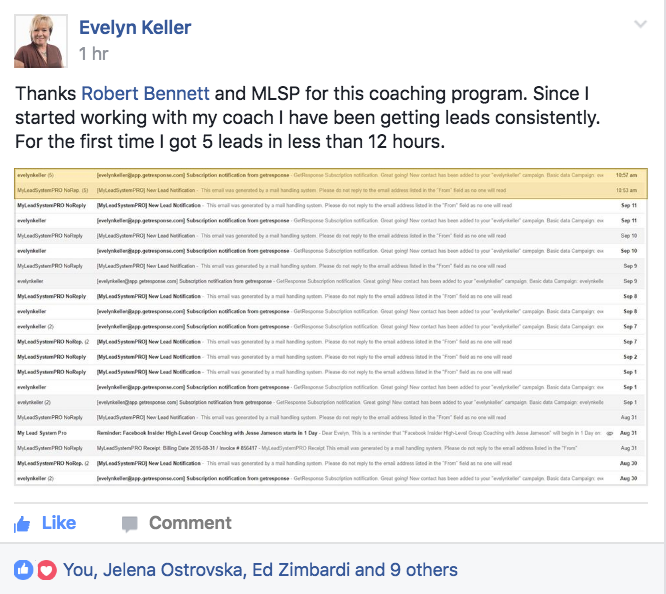