Providing Entrepreneurs with Innovative Solutions, Tools, and Trainings to Brand YOU and Take YOUR Business To the Next Level Since 2008
Menu
RISK FREE TRIAL
Home » MLSP News » MLSP Reviews & Results » [Success Story Saturday] “Yesterday I Earned Enough to Take My Boys to Ireland and Scotland for a Good 3 Weeks in July” 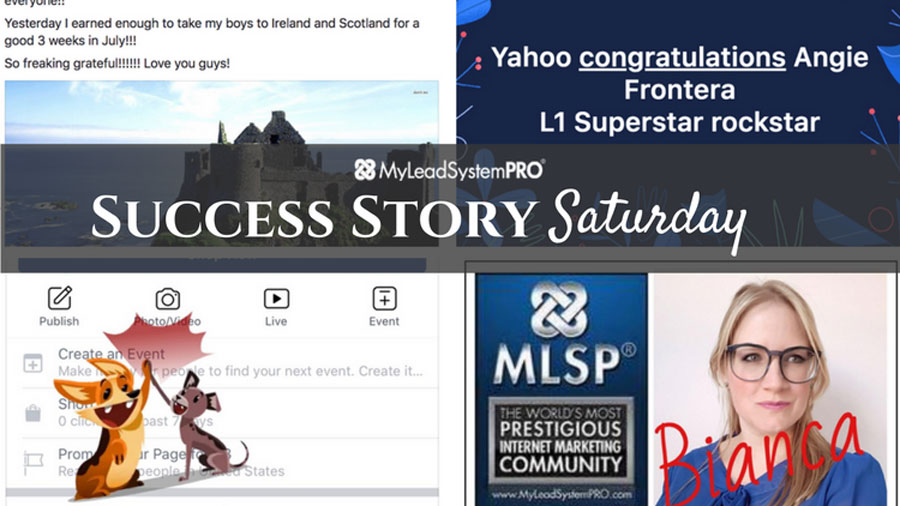 And to think only a couple years ago, Erin Birch was struggling to keep her two growing boys fed. But after embracing the attraction marketing formula through social media now look where she’s at.

In fact, she was down to a choice. To go full throttle with her home business, or to take a job at a grocery store. Looks like she made the right choice.

Here's what Erin had to say about WHY she was able to earn this money:

“What an opportunity for ALL of us affiliates to now have a high ticket offer to promote AS WELL as the lower ticket. We really do have a level for everyone!!”

Not bad at all indeed Lisa Torres!

Lisa is “digging he NEW MLSP Comp Plan”. Can't much blame her there.

$8500 is some nice change. And Lisa puts it perfectly: “Nothing like a mixture of residual income and high ticket sales”

When we said everything was changing, we meant it. And it looks like people are seeing the results of that now!

“I just discovered that I made more money in the last 3 days than I have made in an entire month (so far!)

That's just what Holly Fitch Stevens earned through MLSP. Not including what she's created in her brand.

Holly is a go getter. She's about to launch her first introduction of her brand, and she's being coached in her business!

That's dedication at it's finest! Huge things are happening and it’s only going to get better!

Carrie Bannigan had her first coaching call, and very quickly started killing it with her Facebook Page!

“Really excited to keep moving forward and crush it!”

We have a feeling that's exactly what's going to happen.

Great work Carrie! Keep it up!!

BOOM! Audra Annika James followed a training by our Facebook expert Jesse James in the MLSP back-office, and it worked like gangbusters!

In her success story post, Audra said she'd be doing this on a regular basis now!

We certainly hope so! Love seeing these results!

Brandon Heming is using the 3 step system to grow an audience with Facebook ads in the back office, and has gotten some stellar results already.

Another example of someone taking fast action and crushing it!

“I'm all set!! Upgraded to Premium & Mentor program too!”

Essence Jordan is on fire! She's ready to do this thing.

So proud to see her take a huge step with her business, and we know she's going to smash it out of the park!

“In my personal business, I went from having no appointments a month ago to becoming booked and requests are still rolling in.”

Katelin Kalik has put what she's learned her at MLSP into action, and she's seeing life changing results!

This is a lady with the right attitude!

“Thank you MLSP, I just RANKED Page #1 on Google”

Kyle Berg did it. He hit the first page on Google.

Which ultimately means FREE residual leads for his business! BOOM!

“Look what I got from MLSP!! My new Apple Watch from the MLSP affiliate contest!”

Mark Harbert is not just making tons of cashola inside of MLSP. He's also earning some cool prizes!

Indeed it's not bad at all Angela Brooks!

Angela has earned total commissions of $5,203.66 and we have a feeling it's going to keep growing bigger and faster from there!

“While I was hanging out with my girlfriend, my little test run brought me in 16 new leads”

Marc Antonini was doing a happy dance at 5am and feeling on top of the world. Using the MLSP system, he brought in 16 leads while out and about, having a good time with his girlfriend!

“Never have I ever drummed up fresh leads before while I was out having fun!”

There’s a first time for everything, and the good thing…it’s likely not going to be the last!

We're happy for this dude, and we know there's many more leads coming his way!

Check out ALL the Amazing Success Stories Below!

Be sure to read through each success story below, and pick up the tips and clues that they leave for YOU and your business!

Success stories can be gold for both inspiration and inside information! 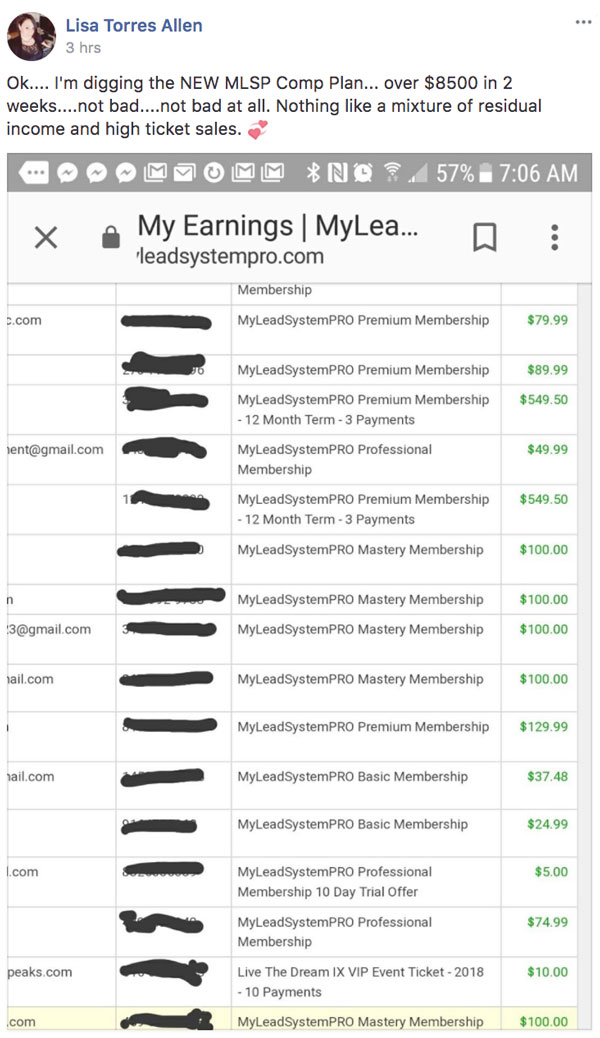 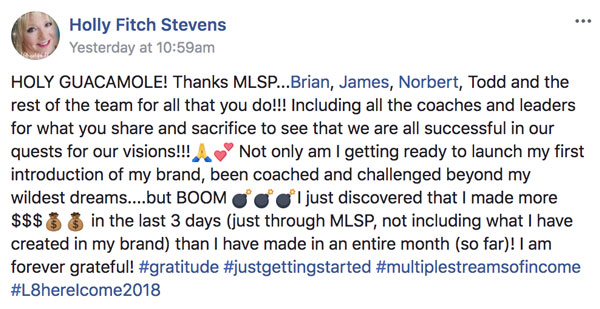 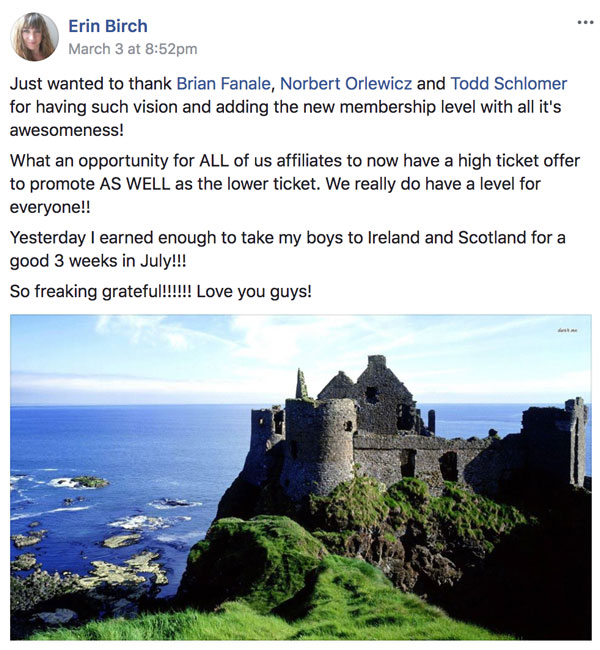 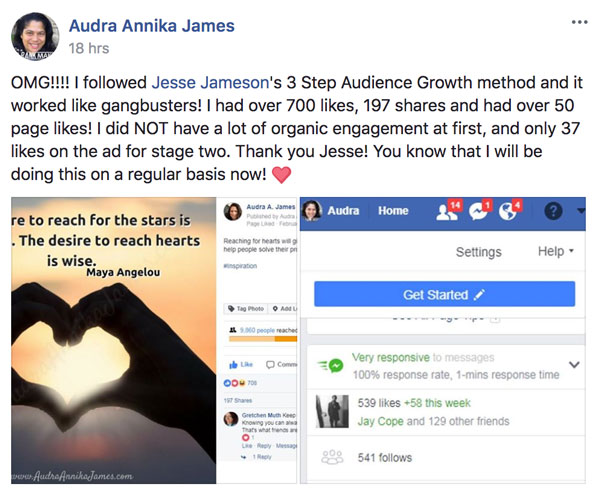 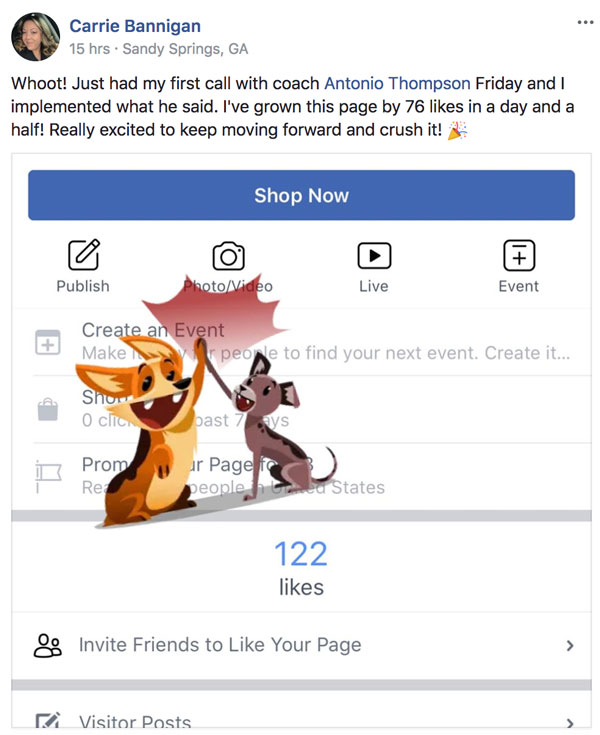 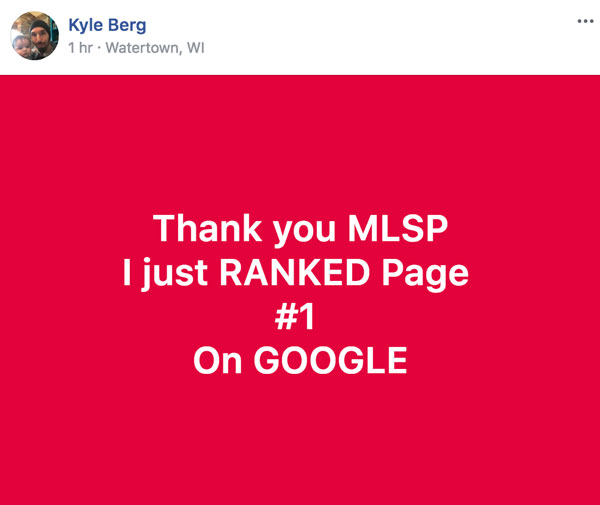 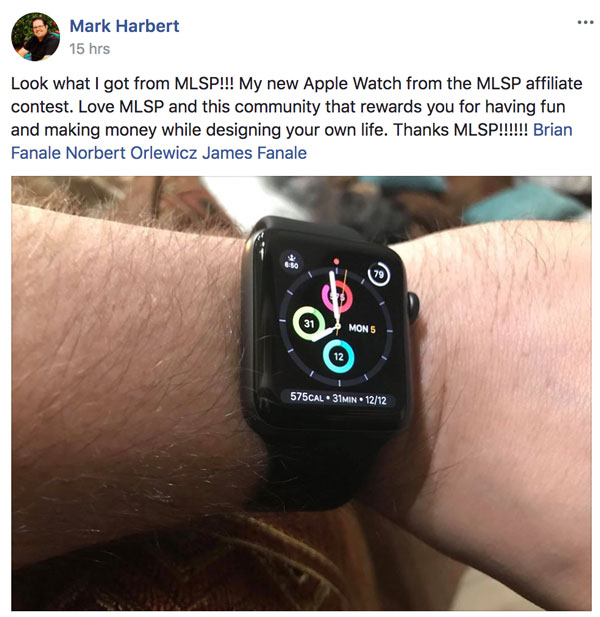 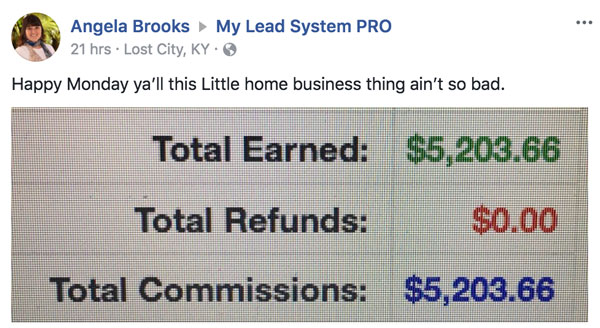