Providing Entrepreneurs with Innovative Solutions, Tools, and Trainings to Brand YOU and Take YOUR Business To the Next Level Since 2008
Menu
RISK FREE TRIAL
Home » MLSP News » MLSP Reviews & Results » [Success Story Saturday] “Your Trainings Have Helped Me Grow a Team of Over 600 Agents” 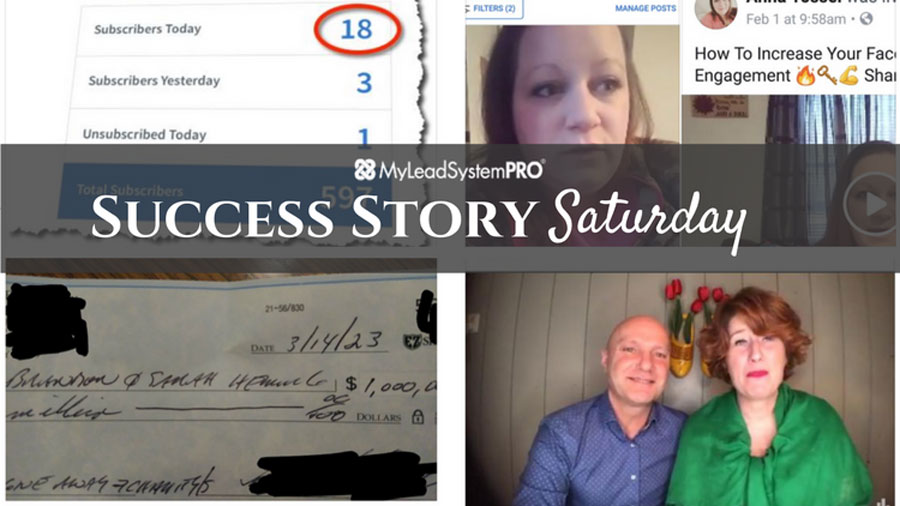 Wow! Lavoda Thornton has certainly put the training at MLSP to good use, and we couldn't be more proud to hear about her amazing results!

“I'm now the #19 income earner out of over 23K active reps, I have 3 Directors on my team, and looking to add another in 2 week! I enrolled 46 agents thanks to ManyChat and I even created one for my team so they can duplicate it! I have had several agents enroll new agents with it as well.

We added 75 agents in one week…20 on one night after my money making webinar that learned from your training.”

“I have been with you now for a year and I don't regret a single moment!! On to qualify for my six-figure ring in less than 30 days!”

This girl is on fire!! All that in just one year!

“I've started building my email list. I have almost 30 leads locked in!”

Nina Pop Williams has been killing it here lately at MLSP, and now she's taking it a step further in building her email list.

She's doing all the right things now, but it wasn't always like that for her (like most people who get into this profession!)

“Before I was back and forth between belief and doubt, I was all over the place with my business. But this new found confidence, I don't know, I feel like I'm about my business for real!”

Building an email list is something everyone should be doing.  And Nina is well on her way!

That's a pretty sweet conversion Emma Louise Dyson is getting.

Not only that, she's helping tons of people understand Facebook Marketing, which is creating know, like, and trust for her!

“I love Facebook Messenger Marketing (ManyChat) because people come to you ready to go!”

As you'll see in his success story post from this week, using ManyChat he's got people telling him exactly what company they're with, and ASKING for coaching! BOOM!

That's attraction marketing in a nutshell!

“I did it! I have overcome a huge obstacle for me…something TECHNICAL *gasp*”

But not Valerie Lewis!

She pushed through and overcame her struggles, but no surprise to us. That's the kind of gal she is!

Now she's got 5 new funnels working for her, to get leads and sales!

Here's what's cool. Anyone can get their techie struggles worked out.

Bring your struggles with you on any Tuesday @ 3PM EST and let Techie Tony set you straight!

“Leads KEEP flowing in after just a short Facebook LIVE!”

Dionne Weck is discovering the power of Facebook LIVE.

She's giving away value with Steve Krivda's amazing webinar on how to sponsor people on Facebook!

You thought MLSP was only good for helping network marketers?

You can use what you learn to promote just about anything, including Girl Scout Cookies just like Audra Annika James and her 8 year old daughter did!

“Well thanks to MLSP we did a Facebook LIVE…and… we added value! The girls are going to do a cooking video on how to make a dessert with a Girl Scout cookie and send that to everyone who orders! They are learning early!”

Katelin Kalik put out a poem that was apparently loved by enough people to share it 32 times!

“I launched my 30 day coaching groups a little over a month ago and because of it people are having breakthroughs and making it happen!”

To think that just over a year ago Michelle Connealy almost quit her business because she didn't know how to build it.

“I learned how to use attraction marketing and began to build my business and attract a team!”

“I just generated my 1st lead this morning!”

Chris Oliver is already seeing results from one of our trainings in the back-office. (He reveals what that is in his post you can see below!)

Daria Jackson Legagneur was looking forward to a snow day this past week. It didn't happen and she had to head to work anyway.  But she was okay with that.

Pretty easy to be okay with it when you're generating leads for your home business WHILE you're AT work.

Looks like she may be getting snow days, sunny days, and everything in between whenever she wants pretty soon!

Ernest Kulcsar is dominating Google! Which means free residual leads should be flowing in.

Keep up the great work!

“Eeeeekkk!! We got our first sale!! Just starting coaching a week and a half ago!”

Carrie Bannigan got herself a coach, and it looks like it was a great decision!

First sale in just a week and half after is amazing!

“Just using the simplest basic MLSP techniques and I'm already generating leads and have made one product sale!”

Daz Baldwin is proving that it doesn't have to be complicated to grow your business.

Check Out All the Success Story Screenshots Below

There is gold in these posts from our private Facebook community. You get to benefit from the hints and clues dropped this week! 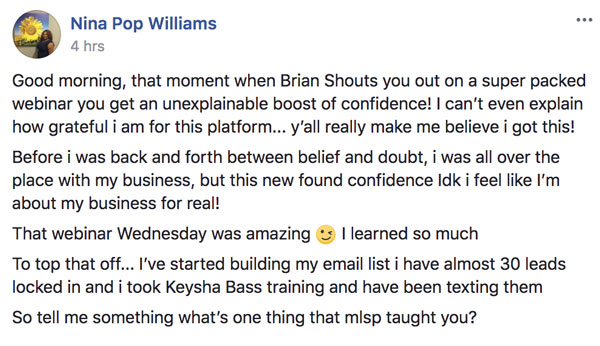 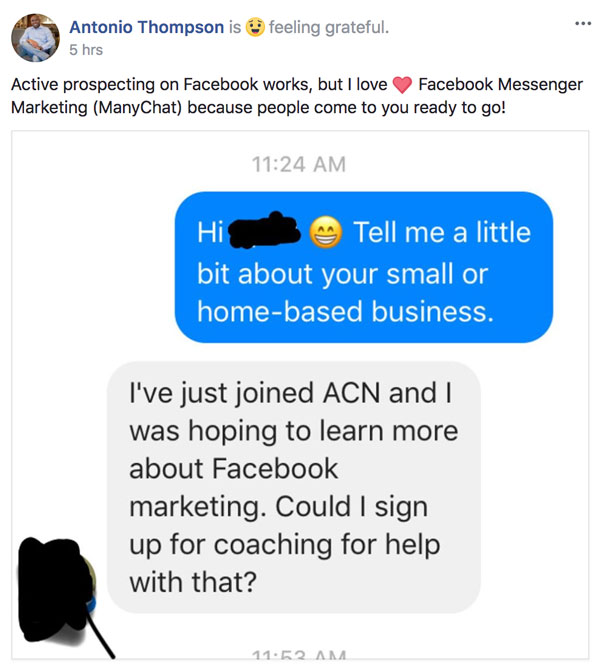 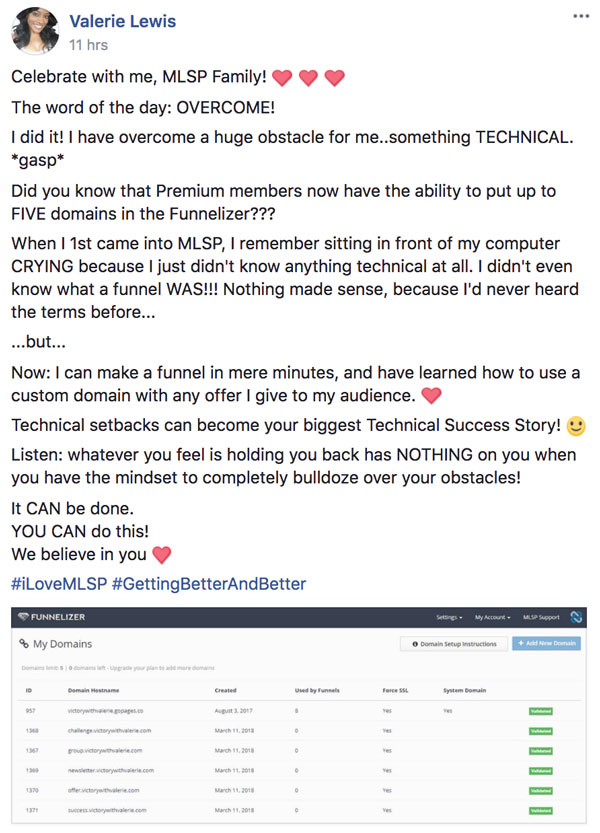 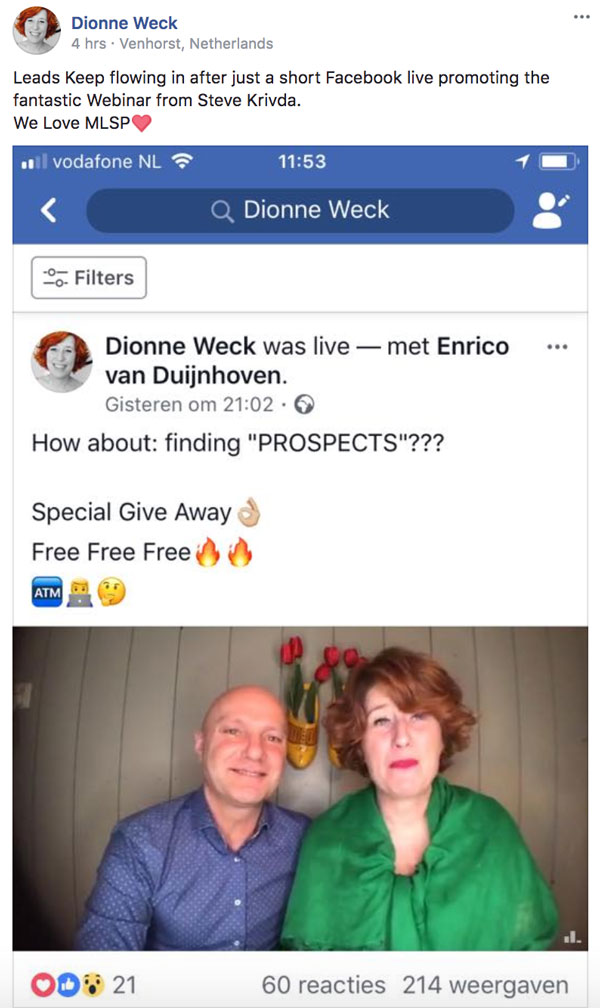 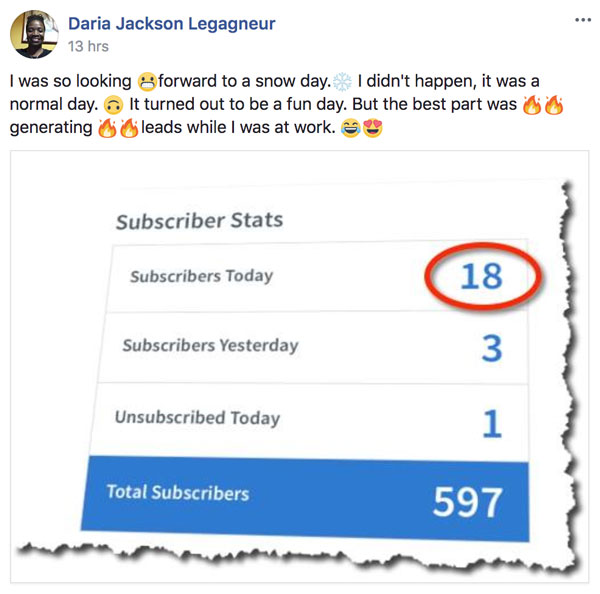 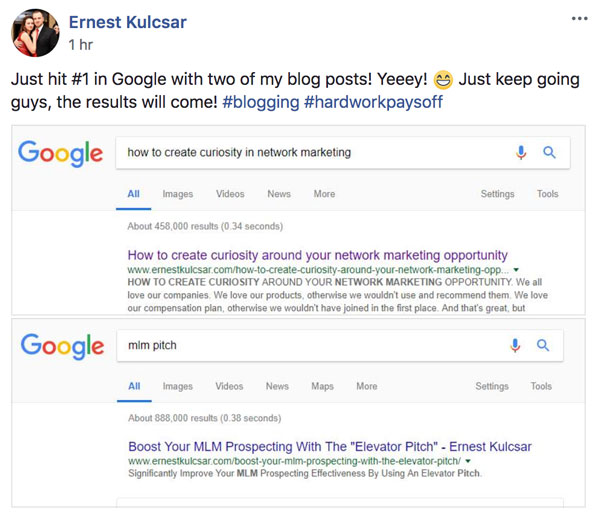 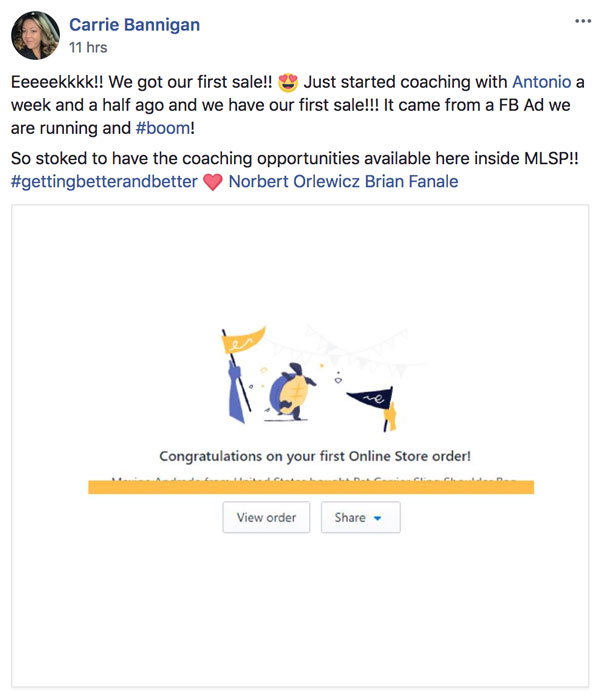 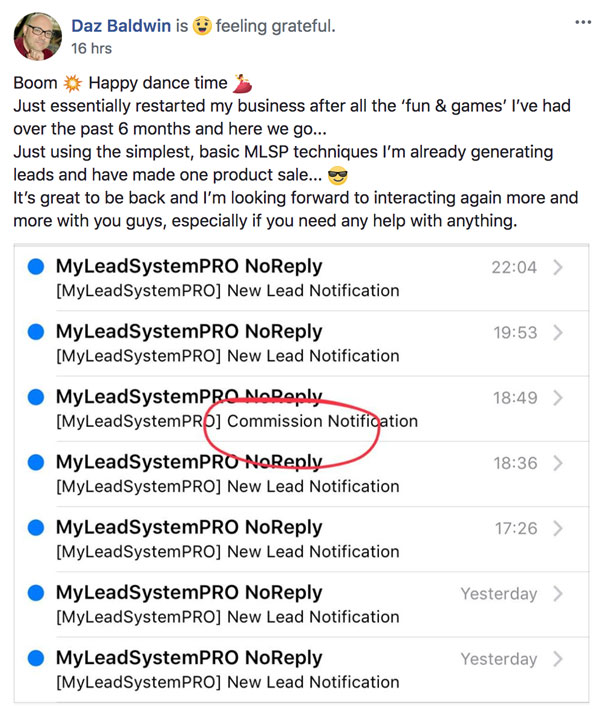